Russian President Vladimir Putin gave an ominous speech to the World Economic Forum on Wednesday, warning the Chinese coronavirus pandemic and rising income inequality threatened to thrust the world into “all against all” conflict, the Sydney Morning Herald reported.

The Russian leader made his first speech to the forum in 12 years as he faces widespread international scrutiny over the alleged assassination attempt and subsequent imprisonment of his main political rival, Alexei Navalny. 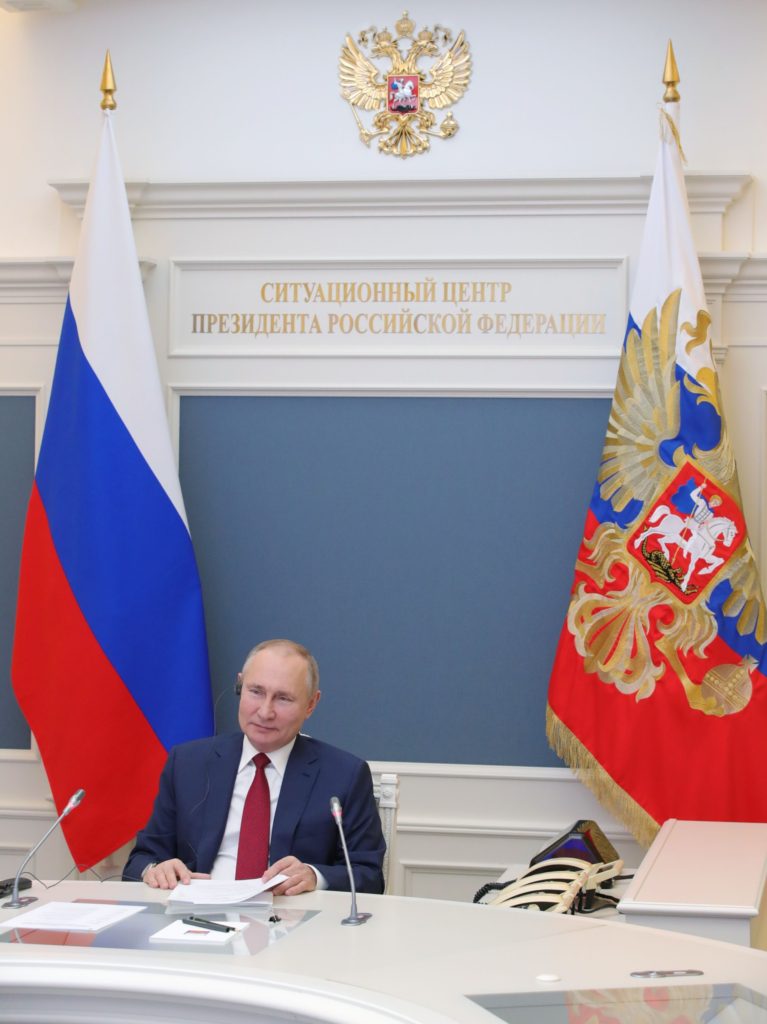 The country has also struggled to contain the Chinese coronavirus pandemic and has suffered one of the worst outbreaks in the world. In December, Russia announced that it had documented 186,000 deaths, more than three times its previous reported figures. At that time, the country had recorded 3.1 million cases, giving it the fourth-highest count worldwide. The government has also taken harsh criticism for its handling of the outbreak, including harsh lockdowns which have impeded normal business.

Putin drew several comparisons between current conditions in the world and those of the 1930s which precipitated World War II and cautioned world leaders to avoid any comparable escalations.

“There is a possibility we may experience a natural collapse of global development that might result in a fight of all against all,” he added.

Russia currently faces harsh opposition from European and American leaders over its alleged targeting of Navalny and is dealing with large scale domestic protests over his subsequent imprisonment.

The Russian dissident became ill during a flight from Siberia to Moscow in August of last year and fell into a coma which prompted his relocation to Germany for treatment, though the Russian doctors treating him voiced objections.

Navalny has since recovered. German doctors declared there was “unequivocal proof” that his mysterious illness was the result of exposure to Novichok, a Russian nerve agent notorious for its use in political assassinations.

Navalny himself has personally accused Putin of ordering his assassination, which Putin adamantly denies, saying in December that, had he ordered Navalny’s death, his agents “would have finished it.”

The Kremlin has strongly resisted calls for an international investigation into Navalny’s sudden illness, though it has at times made inconsistent pronouncements regarding its own investigation into the matter. Russian investigations, however, appear to focus more on Navalny and his actions rather than those of his alleged poisoners.

Despite international pressure, Putin did extend an overture to the Western powers, expressing a desire for improved relations with them. Putin added the caveat that any such de-escalation would need mutual action to be successful: “We are ready for this. We would like to get this and will do our best to achieve it. But it should not be a unilateral approach, it should be a common approach.”