Human rights champion Reggie Littlejohn, founder and president of Women’s Rights Without Frontiers, has written an open letter to the people of Hong Kong urging them to stand strong in the face of brutal repression by the Chinese Communist Party (CCP).

“The people of Hong Kong are having their basic human rights stripped away before their eyes by the Chinese Communist Party,” Littlejohn writes in the preface to her June 4 message, in reference to the CCP ban on Hong Kong’s annual candlelight vigil in Victoria Park to commemorate the June 4, 1989 massacre on Tiananmen Square.

“No one has been more loyal and dedicated than you have in keeping the memory of the Tiananmen Square Massacre alive,” Littlejohn declares in a video message streamed into Hong Kong on Friday.

As Breitbart News reported Thursday, the Hong Kong Police Force plans to deploy over 3,000 officers to Victoria Park Friday to block any attempts by the public to commemorate the anniversary of the Tiananmen Square massacre.

“For three decades, your massive, candlelight vigils in Victoria Park have been an inspiration to the world,” Littlejohn states. “You have remembered the freedom fighters who died on Tiananmen Square, so that their sacrifice would not be forgotten.” 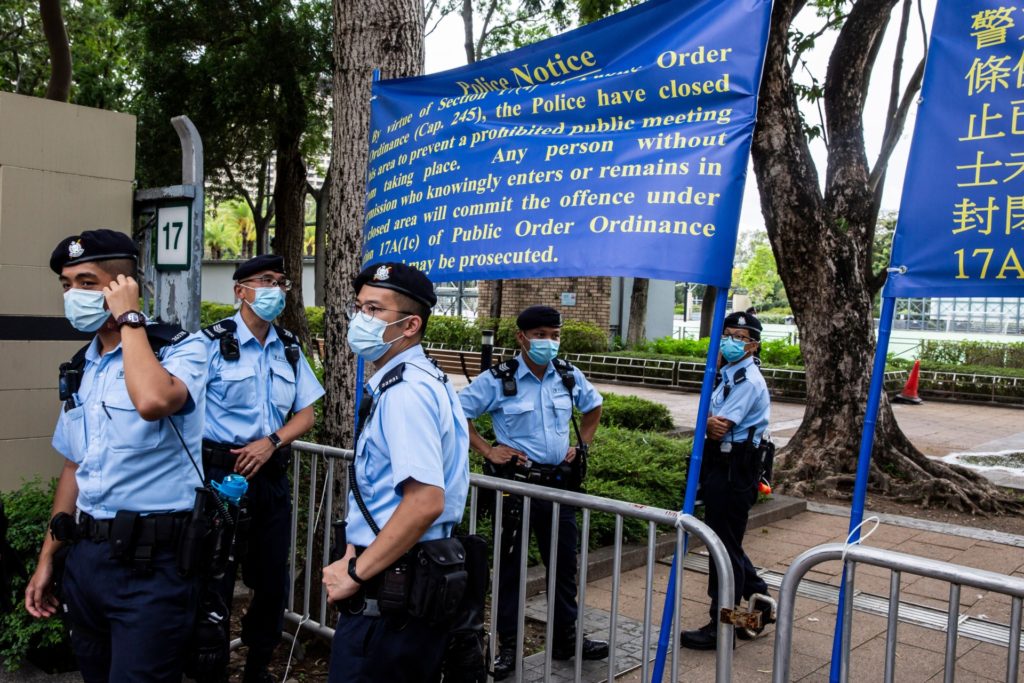 Police patrol at Victoria Park in the Causeway Bay district of Hong Kong on June 4, 2021, after closing the venue where Hong Kong people traditionally gather annually to mourn the victims of China’s Tiananmen Square crackdown in 1989 which the authorities have banned citing the coronavirus pandemic and vowed to stamp out any protests on the anniversary. (ISAAC LAWRENCE/AFP via Getty Images)

“And now, you in Hong Kong are losing your own freedom. So many of your bravest souls are now languishing in jail,” Littlejohn notes. “It is a hallmark of a totalitarian regime that it slams its greatest heroes in jail.”

Hong Kongers fight bravely on while the CCP tries to re-write history and to blot out the memory of June 4, 1989, she observes. “They are banning the Vigil, changing textbooks and museum exhibits, promoting the lie that Hong Kong’s brilliant success belongs to the Chinese Communist Party.”

The authorities have cited health concerns as the motive behind banning the June 4 vigil, she notes, but everyone “knows that is just an excuse.”

“The CCP does not care about health,” she asserts. “All they care about is expanding their power at your expense and at the expense of the whole world.” She adds:

“And if the CCP really cared about health, they would not have massacred hundreds, or possibly thousands, of innocent victims on Tiananmen Square,” she declares.

“The CCP wants everyone to believe that it has absolute power, but it does not,” she insists. “The CCP thinks that it is God, but it is not. And God will not be mocked.”