China’s state-run Global Times on Wednesday mocked vegetarianism as an unhealthy obsession of Chinese entertainers who spend too much time on the “blind worship” of Western values.

The Chinese Communist Party’s (CCP) sudden vitriol toward vegetarians appears to have been provoked by one particular celebrity video:

Zhang Jingchu and Tao Hong, both well-known Chinese actresses, appeared in a 45-minute documentary, during which they promoted the idea that eating vegetables is healthy while eating meat is cruel and unnecessary from a nutritional perspective.

“If you eat that piece of beef, it’s like driving a car for 60 kilometers and you can feed 30 vegetarians on the same piece of land, while you can only feed one carnivore,” the documentary said, connecting vegetarianism with reducing carbon emissions.

The stars and the video gave many positive labels to vegetarianism, calling it fashionable, healthy and green, while calling meat consumption barbaric, bloody and destructive.

According to the Global Times, Chinese “netizens” were having none of it, gleefully mocking Zhang and Tao for pushing an “unhealthy lifestyle” and trying to “seize public opinion and obscure the national food policy with incorrect, extreme and non-mainstream” nutritional theories.

“Some extreme environmentalists in the West have a problem with people eating meat in China, even claiming that every time a Chinese person eats a piece of meat, ‘a puff of smoke rises from the Amazon forest,’” the Global Times noted derisively.

The communist paper linked the vegetarian conspiracy to a crusade by a streaming video account in June that tried to convince Chinese people to eat less seafood. The account was supposedly exposed as a sinister Western conspiracy to meddle in China’s collective colon because two former employees of the video content creator made “anti-China comments on Twitter,” and one of them later went to work for the U.S. Army.

Towards the end of its anti-vegetarian tirade, the Global Times tipped its hand, revealing its comically heated repudiation of plant-based diets is really all about rejecting the demands of Western climate activists, who have lately grown a bit less placid about China’s status as the world’s worst polluter. 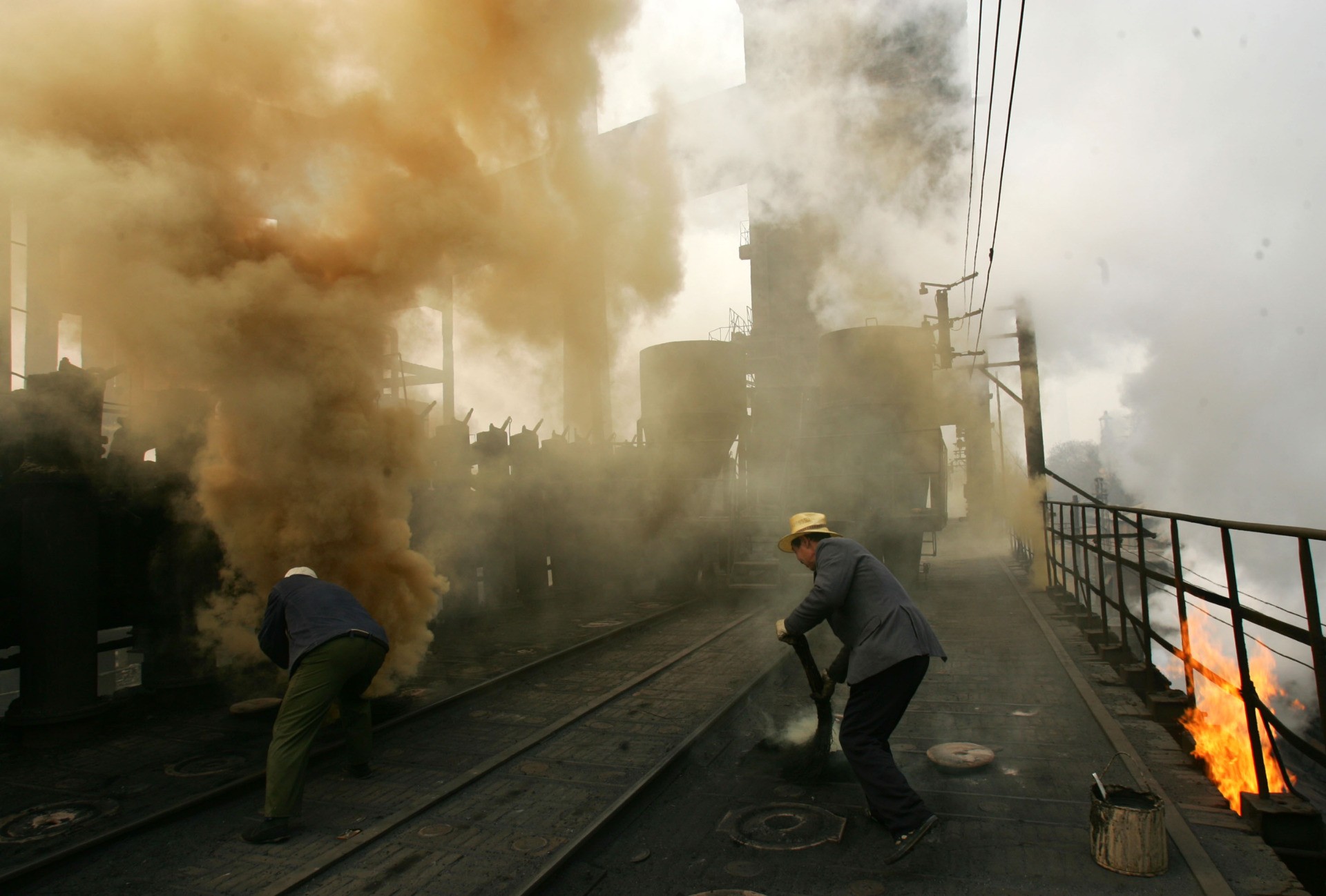 XIAN, CHINA – FEBRUARY 2: (CHINA OUT) Workers focus on the coke furnace at the Xian Coking Factory which will be shut down while the local government launches a campaign to reduce air pollution February 2, 2007 in Xian of Shaanxi Province, China. The factory emits about 300 million cubic meters of exhaust gas every year. China has failed, compared with other nations, in its efforts to protect the environment over the last three years. A new government report ranks the country 100th in terms of ecological modernization on a list of 118 countries, the same ranking it held in 2004, according to the Modernization Report 2007 released by the Chinese Academy of Science. (Photo by China Photos/Getty Images)

“They were just deluded by some heresy. Some Western countries do not want to give up their luxurious lifestyles, driving cars with large engines and eating beef, but they ask developing countries to change to let them maintain their lifestyles,” Fudan University cyberspace research director Shen Yi said of Zhang and Tao.

The Global Times followed up on Shen’s comments by arguing that Chinese people eat less than half as much meat per capita as Americans, implying that vegetarians should direct their criticism westward.

This Communist Party backlash against Zhang and Tao’s video did not come out of nowhere. The U.K. Guardian in March detected the “green shoots of a vegan meat revolution” sprouting in China, driven in part by lingering apprehension from the coronavirus crisis and China’s chronic epidemics of swine flu.

The Guardian noted the Chinese government made a climate-change commitment to reduce meat consumption in 2016, so the Party might be irritated by insinuations it has not done enough. Also, meat consumption is considered a sign of prosperity in Chinese culture, so the prestige-conscious regime in Beijing feels insulted by demands for its population to embrace vegetarianism.