The Texas election integrity bill that prompted the majority of the Democratic delegation of the Texas House of Representatives to flee the state last month is back on track, as enough Democrats have returned to the state Capitol to establish a quorum.

The House reached a quorum Thursday with the help of three Democrats who broke ranks with their colleagues – Houston Democrats Garnet Coleman, Armando Walle and Ana Hernandez. The three members arrived together, with Walle pushing a wheelchair for Coleman, who recently underwent surgery on his leg.

Those three Democrats join a smattering of other Democrats who have already trickled back to the chamber after initially participating in the quorum bust – like Rep. James Talarico of Round Rock; Joe Moody, Art Fierro and Mary Gonzáles of El Paso; and Eddie Lucio III of Brownsville.

“Under the House rules, two-thirds of the chamber’s members must be present to meet quorum, the number of lawmakers needed to move legislation. On Thursday, the House tally showed 99 members present out of 148, meeting that requirement,” The Texas Tribune noted.

As of August 2021, 82 members of the Texas House are Republicans, 66 are Democrats, and there are two vacancies, Ballotpedia reports, so if all 82 Republican members were present on Thursday, 17 Democrats were included in the count of 99.

In July, 57 of the 66 Democrats in the Texas House fled the state for Washington, D.C. in order to deprive the Republican majority in the Texas House from achieving the two-thirds present requirement needed to establish a quorum to conduct business. 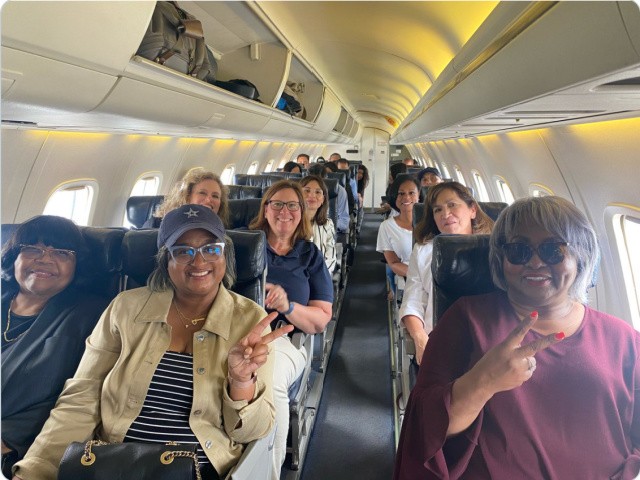 As Breitbart News reported on July 12:

Maskless Democrat members of the Texas State Legislature smiled gleefully as they fled from Texas to Washington, DC, on Monday as part of their protest to halt the Texas GOP’s efforts to strengthen election safeguards in the Lone Star State.

Pictures show several smiling, maskless, Texas Democrats on a plane fleeing Texas in part of their move to protest the GOP’s efforts to strengthen election integrity in the state. Notably, Texas Democrats thwarted the effort at the end of the 2021 regular session by staging a walkout, leaving Republicans without a quorum to vote on the measure, Senate Bill 7, in May.

However, instead of tackling the legislative priorities, Texas Democrats opted to flee the state yet again, denying the GOP majority a quorum to pass any bills.

Breitbart News noted that the 2021 Texas “fleebaggers” were part of a “history of Democrats running away to deny a quorum.”

At least five of the Texas “fleebagger” Democrats tested positive for COVID-19 during their self-imposed exile in the Washington, D.C. area.

On Monday, ABC 13 reported that Democrat efforts to stop the passage of the election integrity bill now appear to have been in vain:

After stalling for weeks, the fight over election integrity restarted on Monday in Austin and could land on Gov. Greg Abbott’s desk in days. . .

The legislation would eliminate voting measures that were implemented during the pandemic in Harris County, including drive-thru and 24-hour voting. It would also prohibit local leaders from sending out unsolicited mail-in ballot applications. The bill would give more power to poll watchers, create criminal penalties to certain individuals that assist with voting, and although 24-hour would be eliminated, it would expand early voting hours across the state. . .

“As long as Democrats provide quorum, this bill will pass in the House, and then will either go directly to Gov. Abbott’s desk, or if there are some minor changes, it will go to the governor’s desk after being approved by the Senate next week,” [Rice University political science professor Mark] Jones explained.

At least 34 Texas House Democrats who continue to remain away from the recently convened session of Texas House of Representatives have signed a letter stating they feel “betrayed and heartbroken” by the actions of their fellow Democrats who have returned to House, thereby allowing the establishment of a quorum.