Five members of a group of Democrats from the Texas House of Representatives who fled to Washington, DC, to deny the chamber a quorum to pass Republican-sponsored voting laws last week have now reportedly contracted coronavirus.

The group of “fleebaggers,” as they are pejoratively known, which was celebrated by the establishment D. C. media and welcomed by Vice President Kamala Harris, also traveled on a private chartered jet, posing maskless with a case of beer. 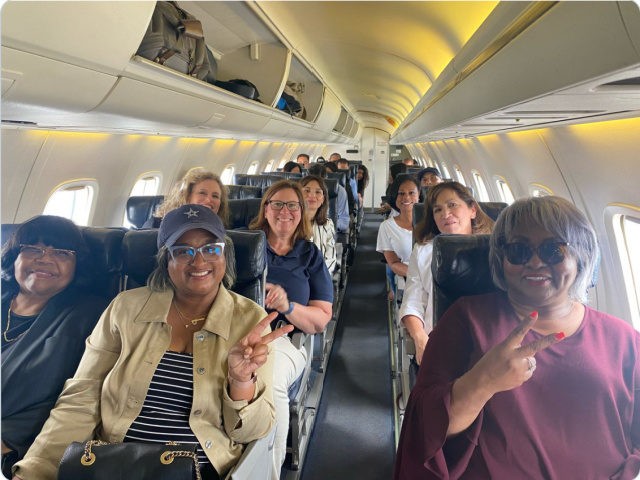 As of Saturday, three members of the delegation had tested positive for coronavirus; all had been “fully vaccinated.” Two more tested positive, the Texas Tribune reported:

The five lawmakers are among House Democrats who fled to Washington, D.C., to stave off GOP priority voting bills during the special legislative session. The members who tested positive all have been fully vaccinated, which helps protect against severe illness. All of the lawmakers are showing no symptoms or only mild symptoms.

A small percentage of vaccine breakthrough cases, in which a fully vaccinated person tests positive for the coronavirus, have been expected, according to the CDC, but they are rare and do not discount the effectiveness of COVID-19 vaccines.

In a statement on Saturday, [Republican] House Speaker Dade Phelan wrote on Twitter that he extended his “prayers for safety and health” to Democratic caucus members.

The Centers for Disease Control and Prevention has published guidelines for group events, both large and small.