Across America community organizations operate in impoverished, disadvantaged, low-income or minority communities. No matter the phrase used to describe the special interest, a group exists to represent it. Often these organizations initially have good intentions and seek to give back and serve the community in which they operate. When government money, power and influence become part of the equation however, lofty principles tend to fall by the wayside. Other organizations are created to cause chaos and disrupt the system. 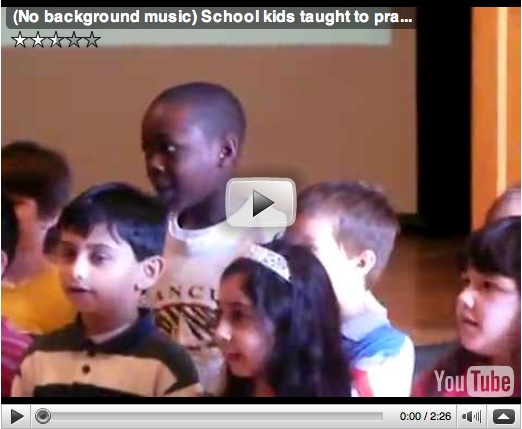 The Association for Community Organizations for Reform Now (ACORN) was perceived by many as a well-intended organization, but it appears that the association that Wade Rathke founded was increasingly driven to cause chaos and disrupt the system whenever it could.

“Current and former Acorn employees say the problems in Kansas City and St. Louis are no accident. ‘There’s no quality control on purpose, no checks and balances,’ says Nate Toler, currently head organizer of an Acorn campaign against Wal-Mart in Merced, Calif. In 2004 he worked on an Acorn voter drive in Missouri, and says Acorn statements aren’t to be taken at face value: ‘The internal motto is “We don’t care if it’s a lie, just so long as it stirs up the conversation.”

As various charges and complaints have materialized over the years, it seems that ACORN uses the communities in which they are located as staging grounds for national power grabs. With multiple states and entities receiving federal funds, ACORN plays to win. Aiding ACORN are groups like DEMO’s, the Democracy Alliance, Soros Open Society Institute, and the Service Employees International Union (SEIU). The Washington Examiner has covered ACORN’s: “Muscle for the Money” program:

“ACORN’s so-called ‘muscle for money’ strategy extorts ‘donations’ from targeted government and corporate officials by offering them Mafia-like protection from protests by the group’s own paid thugs, many of them convicted felons. ACORN has also blocked bank mergers until the targeted financial institutions agreed to change their lending policies to ACORN’s satisfaction.”

While it is easy to see the benefit for ACORN to go after Sherwin Williams or Jackson Hewitt, it was their 2007-2008 ventures with SEIU against the Carlyle Group that deserve a closer inspection. In 2007 SEIU began a series of “grassroots” actions designed to pressure the Carlyle Group to the bargaining table.

“The Service Employees International Union (SEIU) staged a protest outside the Pennsylvania Avenue headquarters of The Carlyle Group as part of the union’s bid to organize Manor Care, the Toledo-based nursing home giant Carlyle is buying for $6.3 billion.”

It seems that, at the beginning of the campaign, SEIU wanted a slice of the $6.3 billion that was on the table from the sale of Manor Care. For SEIU and ACORN, organizing in poor communities takes a little bit of finesse and a lot of political theater. When SEIU could not muster up the required public outrage, they switched tactics. SEIU released a press statement, in late 2007, warning of the possible health risks posed by the Carlyle Group:

“To highlight the health risks that could go undetected if Carlyle refuses to disclose information about its sewer sludge business, SEIU held a demonstration today outside Carlyle’s Washington DC offices with demonstrators dressed in hazmat suits. This week SEIU began contacting environmental groups, and state and municipal governments that contract with Synagro to raise concerns about Carlyle’s lack of transparency and to encourage these groups to join the call for Carlyle to disclose potential risks of its sewer sludge business.

The focus on Carlyle’s sewer sludge business is part of a larger national effort by SEIU to hold Carlyle accountable for the impact of its actions on taxpayers, workers, and communities. More information is available at www.CarlyleExposed.org

Turning up the heat appears to be textbook “muscle for the money,” yet it wasn’t enough to produce the desired results, so SEIU raised the prospect of possible terrorism and threats to national security:

“We shouldn’t allow the unchecked greed of buyout billionaires like David Rubenstein to put our communities at risk,” said Stephen Lerner, Director, and SEIU Private Equity Project. “With billions of taxpayer dollars at stake in these contracts, accountability and transparency is a primary concern since the Carlyle Group operates behind a veil of secrecy.”

Veil of secrecy? Interesting. On cue, enter ACORN and Barack Obama. After staged demonstrations across the country and several tactical changes, SEIU hires ACORN as a “consultant” to protest the Carlyle Group. ACORN readily accepts the money, but has one problem – how to turn the people out, to make them care about the issue. Using the same tactics that Stanley Kurtz detailed in his article about ACORN and the Community Reinvestment Act, ACORN spins the fight against the Carlyle Group as rich (whites) versus poor (blacks):

“White financiers are all flooding up to the Waldorf Astoria this morning for the opening of today’s Dow Jones Private Equity Analyst confab!…

ACORN and The Working Families Party and their coalition are calling for a protest at noon.

‘The Carlyle Group is the poster child for an industry that has made billions by fleecing taxpayers and loading up companies with unsustainable levels of debt,’ said Dan Cantor, Executive Director of the Working Families Party.

‘David Rubenstein made $260 million last year, yet he paid taxes at a lower rate than the doorman at this hotel. Not only that, companies like Carlyle don’t pay their fair share in corporate taxes.’ said Pat Boone, President of NY ACORN.

As the recent Van Jones exposes on Glenn Beck have illustrated, most roads lead back to radical organizations formed in the 1970’s and tie in with the current administration. While ACORN broke up business meetings in New York and DC, they developed a catchy slogan to sum up their “battle”

“Chanting, ‘It’s Not Fair, Pay Your Share‘, protestors entered the ballroom while two protest leaders dropped a banner from the balcony above the ballroom that read ‘Why does David Rubenstein pay taxes at a lower rate than an NYPD officer?’

Over on Capitol Hill, then Senator Obama, acting in a manner that would quickly become one of the trademarks of his administration, employed ACORN tactics to project his power into the situation:

“Senate Majority Leader Harry Reid (D-Nev.), on October 10, dispelled the idea that Congress would get around to addressing the hotly debated tax bill this fall when he issued a statement through a spokesman: “Given the difficulty in getting any legislation through the Senate and the little time left this year for moving other issues important to the American public, it is unclear whether there is sufficient time to address the appropriate tax treatment of private equity firms.”

…U.S. Senator Barack Obama, for instance, issued this statement on news of Reid’s stance: ‘If there was ever a doubt that Washington lobbyists don’t actually represent real Americans, it’s the fact that they stopped leaders of both parties from requiring elite investment firms to pay their fair share of taxes, even as middle-class families struggle to pay theirs.’

Meanwhile, the Service Employees International Union put in its two cents, staging another protest against the Carlyle Group on Oct. 10, this time using a street theater performance complete with wheel barrows, a fat-cat corporate tycoon character and money sacks.”

Publicly, the Carlyle Group seemingly did not bow to pressure from the union or ACORN, but some may consider their “across the aisle” support of Obama as a major concession. As a “financial kingmaker,” the group seems to have added a much needed legitimacy to the young and inexperienced candidate. A conclusion could be drawn that SEIU and others were willing to sacrifice leverage at the bargaining table for leverage in the White House:

In seizing control of Congress last year and hoping to win the White House next year, Democrats have presented themselves as the champions of change, the party that will shake up politics and return tax balance so that America has the resources it needs to deal with its problems.

Good stuff, that. Solidly in line with the party’s tradition. Ditto proposals pending in the Senate Finance and House Ways and Means committees to boost taxes on the hedge fund and private-equity business, arguably one of the highest-paid, least-taxed industries around.

So . . . what should we make of the thick wads of campaign cash from that same industry going to Chicago’s top-ranking congressional Democrats: presidential hopeful Sen. Barack Obama and Rep. Rahm Emanuel, the No. 4 House Democrat?

…Another D.C. lobbying group, Public Citizen, has identified more than a dozen industry chieftains who have bundled together at least $50,000 each in contributions to Mr. Obama’s campaign. Included are two principals in Carlyle Group, a Washington private-equity firm.

While the Carlyle Group appears on the surface to be a victim of SEIU and ACORN’s shenanigans, their ties to the current administration have been carefully crafted. The group not only donated heavily to the Obama campaign, but two of Obama’s tech and telecom policy team were employees of the Carlyle Group, including William Kennard.

In addition to these connections, Carlyle president David Rubenstein – who sits on the board of the University of Chicago – did acquire Booz Allen Hamilton and Obama apparently decided to keep the special interests in the “family“:

A cursory look at these connections leads one to ponder if what we have here is a shakedown between friends. Did SEIU want in on a new deal that involves their “turf” and instead see an opportunity to acquire more power by enlisting the help of ACORN? Did ACORN deliver the ground troops and have Barack Obama apply the pressure on Capitol Hill? Either way, and unfortunately for Barack Obama, trouble usually follows his shady friends and his dealing with the Carlyle Group have caused some ACORN sized headaches. The Carlyle Group’s involvement in a pension scandal was the most recent:

“Among the money managers named in the indictment are the politically connected private equity players Carlyle Group and Quadrangle Group, whose co-founder Steven Rattner, leads the Obama administration’s auto-industry-bailout efforts.”

If the Sopranos and Obama’s treatment of the ACORN scandals are any indication, “muscle for the money” seems to come with a certain amount of “protection” whether it be silence from the administration, theJustice Department, or the main stream media, or just a slap on the wrist for one of their cronies. ACORN, SEIU and Obama may have moved on to the next target. but continue to use race and class as tactics and people as pawns in their power grabs. Now, however, more and more Americans are realizing it.