Last week, right after the Fort Hood shootings by Major Nidal Malik Hasan that killed thirteen people and wounded thirty, the Council on American Islamic Relations showed up on PBS and MSNBC with their three standard talking points, here paraphrased:

“I’m really not happy to see that his religion is becoming the subject…even if this guy uttered the words Allahu Akhbar or God is great, so what? It tells me that this is an isolated incident…We need to find out how he thinks and what he did, but I will NEVER come to the conclusion that religion is the motive…”

Media outlets like leftwing MSNBC and PBS give CAIR airtime because of the group’s claim to the title of “America’s largest Islamic civil liberties group.” But that claim rests on a smoke and mirrors illusion of political support from Muslim Americans and the U.S. Congress. That political support for CAIR seems to be diminishing and indeed nearing the vanishing point. In fact, much of their current support appears to derive from foreign sources. As a matter of stated policy, CAIR openly solicits and accepts donations from foreign embassies, foreign organizations and individuals from Saudi Arabia, the UAE, Kuwait and other Middle Eastern states.

However, even that foreign support can’t conceal the reality that CAIR is a rapidly shrinking organization that may be approaching obsolescence. A look at just three printed programs distributed in 2006, 2008 and 2009 to attendees at CAIR’s annual fundraisers, and their most recent publicly available IRS tax documents, shows an unrelenting downward trend in their public support over the last five years. The numbers don’t lie, and they are drawn from CAIR’s own public documents. 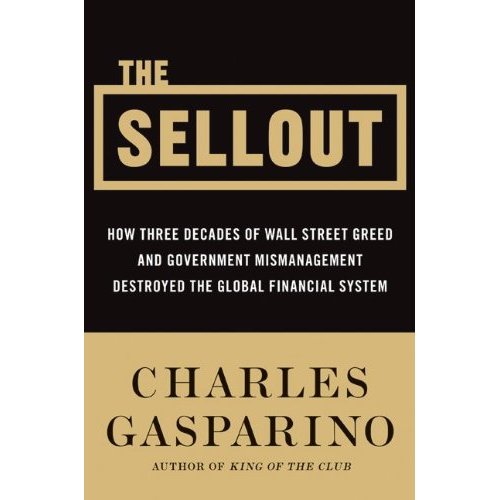 Let us count the ways that CAIR is shrinking:

One myth essential to CAIR’s illusion of credibility is the success of their annual fundraisers. These are depicted as well-attended affairs that raise large sums; the recent 2009 fundraiser was advertised as being “sold-out.” Never mind that a significant source of donations for these events apparently comes from foreign donors – according to the 2009 event registration form and printed programs from 2006, 2008 and 2009, even from the embassies of foreign governments.

CAIR has consistently claimed apparently inflated membership numbers in their 15 years of existence. For example, a document released January 19, 2007 claimed (page 6) that CAIR had “some 50,000 members.” The facts of CAIR’s shrinking support were presented on June 11, 2007, when Audrey Hudson of the Washington Times published an article based on tax documents showing that CAIR’s membership had dropped from a high of 29,000 in 2000 to a mere 1,700 in 2006.

And here’s the graph:

And that falling support from Muslim American members was reported before 2007 – that is, before CAIR had been named as an unindicted co-conspirator in the terrorism finance trial, before CAIR had been sued in 2008 by Muslim, African-American and Hispanic families for fraud in a case now on appeal, and before CAIR had ties severed by the FBI, as announced in 2009. So it’s possible the support has fallen even more in the last three years, perhaps to well below 1%.

This graph shows that downturn from 5% to a mere 1% of membership dues, as a percentage of total revenue:

3. The Incredible Shrinking Number of CAIR Supporters in Congress, the FBI and Police

CAIR’s annual banquets held in Arlington, Virginia are an opportunity to showcase their illusion of political power, with speakers and letters of support from Congress, the FBI and local police. But the printed programs for their annual fundraisers show that after 2006, CAIR’s reputation and power rapidly deteriorated. The result has been a prudent withdrawal of support by members of Congress and other agencies.

Those programs document the Incredible Shrinking CAIR’s Loss of Support From Congress, FBI and Police:

More revealing, here are the names behind those numbers: the list of members of Congress, by year, who had written letters of support for the 2006 printed fundraiser programs – and who in most cases later did not provide that support in 2008 and 2009. Names of speakers at the fundraisers, from Congress, the FBI and the Fairfax County Virginia Police Department, are shown in capital letters:

If Muslim American memberships are 1% or less of total revenue, and the annual fundraisers are reported to the IRS as unprofitable, how is CAIR funded? The Departments of Justice and Treasury know that CAIR has received foreign contributions in the thousands and even millions, since Steve Emerson, Paul Sperry, Joe Kaufman, Andrew Whitehead, the Department of Justice prosecutors, the mainstream U.S. and Arabic press and others have publicized those foreign donations and pledges for over a decade. At their website, CAIR encourages foreign embassies to purchase tables at their fundraisers, as we see in their registration options for the recent October 24, 2009 event:

Yet even this foreign support has declined as CAIR’s power has faded, from the 2006 peak of 9 embassies and foreign groups, to the recent 2009 event’s total of just 4 embassy supporters as listed in their 2009 printed program.

And here are the names of embassy and foreign groups listed as supporters, showing the drop-off in attendance each year, based on the embassies listed in the printed program:

The one bit of good news for CAIR at the 2009 event – well, in addition to their announcement that their fundraiser was “sold out” – came from Libya. Not only did the ambassador himself attend the October 24, 2009 event, but “The People’s Bureau of the Great Socialist People’s Libyan Arab Jamahiriya” also took out a full-page ad in the printed program. CAIR can take comfort knowing that at least Muammar al-Gaddafi cares for CAIR.

Eddie Murphy is reportedly doing a remake of the 1957 science fiction movie classic The Incredible Shrinking Man. But you don’t have to wait for Hollywood; a real-life remake is going on in Washington starring the controversial lawfare and lobbying group, the Council on American Islamic Relations (CAIR). CAIR is best-known for being named in 2007 by Justice Department prosecutors as an unindicted co-conspirator in the Holy Land Foundation terrorism finance trial.