We are on a roll. The great resurgence of American patriotism fueled by the Tea Party revolt made its voice heard this November 2nd. Not only did the corrupt Democrat Congress suffer a big reversal, but more importantly, Republicans won the largest majority of state houses they have had since 1928, and made a net gain of ten governorships, now holding a majority of 29 to 18. This is critical to the redistricting that will determine Party control for the next ten years, and is a serious setback for the Left. 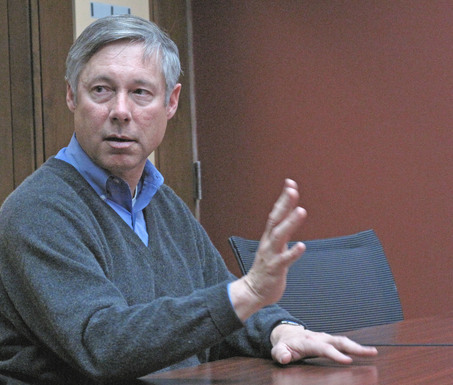 In keeping with the Tea Party’s spirit of resistance and freedom, you may soon be able to express your defiance with a Gadsden Flag license plate. As reported first by Right Side News in October, the original idea was the brainchild of Virginia Tea Party group 912 Richmond. On October 14thHenrico County, Virginia, Delegate John O’Bannon proposed HB 1418 to make this plate official.

O’Bannon told me Sunday that the bill just got a boost from Del. William Howell, Speaker of the Virginia House, who asked to be a co-patron. According to an article in the Virginia Pilot, VA Attorney General Ken Cuccinelli’s spokesperson said he “loves the idea and would put the plates on his car.” Cuccinelli is one of the 22 state AGs suing the Obama administration to challenge Obamacare in court

O’Bannon said he doesn’t expect any serious resistance from Democrats in the Virginia Statehouse, although the Pilot reported Virginia Democrat Party spokesman Brian Coy whining that “…John O’Bannon and Virginia Republicans are more focused on printing license plates for political allies than on creating jobs, improving education or fixing transportation”

Sure. But who would ever expect the Democrats, whose entire agenda is driven by inflated, phony symbolism and “commentary” like that of liberal Bill Maher, (shown at right) to get behind patriotic symbolism for a change? Do they still not get it? Really? 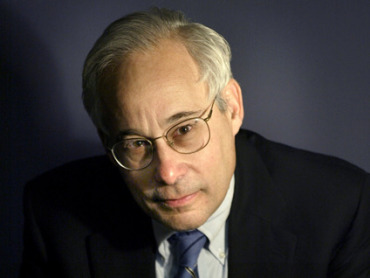 George Soros got it. So much so, he backed America Votes, an ACORN-like organization which specifically targeted key states that promised the largest redistricting advantages. America Votes’ Redistricting Control Project, was behind the massive Democrat vote fraud in Houston Texas and possibly the mysterious fire that destroyed 10,000 voting machines there.

It didn’t do the Democrats any good. Soros’ Redistricting Control Project lost every single one of its target states. He claimed he would sit this election out. As usual, he lied, but should have followed his own advice. How sweet it is.

The Gadsden Flag is the perfect symbol for the resurgent patriotic fervor sweeping our Nation. Read an interesting history of its development here, atFoundingFathers.info. Benjamin Franklin is generally credited with getting the whole idea started. Even though the rattlesnake symbol predates him, he was an early proponent. He didn’t like the eagle, which he called “a bird of bad moral character.” Of the rattlesnake he observed:

I confess I was wholly at a loss what to make of the rattles, ’till I went back and counted them and found them just thirteen, exactly the number of the Colonies united in America; and I recollected too that this was the only part of the Snake which increased in numbers.

This is the best part:

‘Tis curious and amazing to observe how distinct and independent of each other the rattles of this animal are, and yet how firmly they are united together, so as never to be separated but by breaking them to pieces. One of those rattles singly, is incapable of producing sound, but the ringing of thirteen together, is sufficient to alarm the boldest man living.

So let’s start setting off alarms!

Texans have picked up the torch and drivers in Texas may soon be able to get a Gadsden Flag license plate too.

If it isn’t the beginning of a nationwide movement, it should be. National Public Radio did a segment last March, claiming that the spirit of resistance symbolized by the Gadsden flag is inappropriate for Tea Partiers, who should instead think of Shay’s Rebellion and Timothy McVeigh as their spiritual brethren. Simply stunning.

NPR is a taxpayer funded organization. Is this not yet another justification fordefunding NPR? That deliberate mischaracterization has the smell of fear all over it. How wonderful would it be to see Gadsden plates wherever you traveled? It will drive the left even further around the bend than they already are. And that is saying something!

Another plate making the rounds is “In God We Trust.” According to theVirginia Christian Alliance there are at least nine states that have such a license already and eight other states with messages such as “One Nation Under God” and “God Bless America.”

Not all have been successful. Kentucky’s Transportation bureaucracyrejected an application for an “In God We Trust” license plate because “the plate was designed to promote a specific religion: Christianity,” according to Fox 41. Here we go again. Some Transportation attorney bars a slogan currently found on all U.S. currency and coin and which represents a bedrock principle of our founders, as being discriminatory. This is insane, and yet another explanation for the ascendancy of the Tea Party.

Reclaim Our Culture Kentuckiana (ROCK), the group that proposed the license, is suing the state, claiming, “Whether motivated by political expediency or simply faulty reasoning, the Transportation Cabinet improperly denied Reclaim Our Culture Kentuckiana’s (ROCK’s) specialty license plate application, even though ROCK’s application met all requisite statutory criteria for issuance of the plate…”

Indiana faced a similar hurdle, though in that case, the government fought forthe “In God We Trust” license plate, successfully defeating a lawsuit brought by the ACLU. Remember, the ACLU gets paid with your tax dollars every time they win an establishment clause case–yet another reason to reclaim our government.

November 2nd has passed and the results are in. Now the real work begins. The Gadsden flag license plate is a great way to express the spirit of patriotic resolve, and lets the left know we are here to stay. So let’s make Gadsden go nationwide. Here is a website with links to motor vehicle departments for every state.