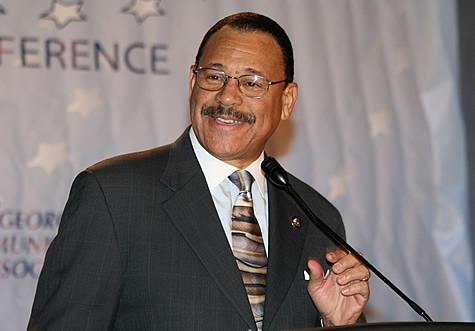 In a five-page letter, Smith notes that there has been “little oversight” as to how the civil rights division has used its budget increases ($22 million in FYI 2010 and $17 million requested in FYI 2011) and why the need for some 164 new positions.

He then gets to the heart of the matter. As I and other outlets have reported, he notes that in the New Black Panther Party case investigation, it came to light that a political appointee, Julie Fernandes, directed Justice Department attorneys “not to bring cases against black defendants for the benefit of white victims.”

Smith then details allegations by former Justice Department attorney J. Christian Adams that the department declined to enforce the National Voter Registration Act and its provisions relating to “voter integrity.”

After reciting the evidence concerning Fernandes’s statements and her expressed hostility toward enforcing the NVRA, Smith concludes, “Allegations that the Civil Rights Division has engaged in a practice of race-biased enforcement of voting rights law must be investigated by the Committee.” He then gives Holder until January 21 to respond to a list of questions, including whether Fernandes did, in fact, “explicitly or implicitly direct Voting Section staff not to enforce any section of any federal rights statute” or “not to enforce Section 8 of the National Voter Registration Act.” He demands all documents that relate to the department’s enforcement practices under the Voting Rights Act.

The letter is noteworthy on a number of levels. First, administration flacks and liberal bloggers have insisted that the New Black Panther Party case is much to do about nothing. But as Smith has correctly discerned, the issue of enforcement or non-enforcement of civil rights laws based on a non-colorblind view of those laws is serious and a potentially explosive issue for this administration. Second, Holder’s strategy of stonewalling during the first two years of Obama’s term may have backfired. Had he been forthcoming while Democrats were in the majority, he might have been able to soften the blows; Smith is not about to pull his punches. And finally, Smith is demonstrating the sort of restraint and big-picture focus that is essential for the Republicans if they are to remain credible and demonstrate their capacity for governance.