Poor Robert Gibbs. In what are his apparently final days in the White House, you’d think he’d like to take some last wistful walks around the place and maybe stop by a going away party or two. Instead, it looks like much of his final time will be explaining why President Obama really thinks we should increase the debt ceiling now, having voted against increasing it in 2006. 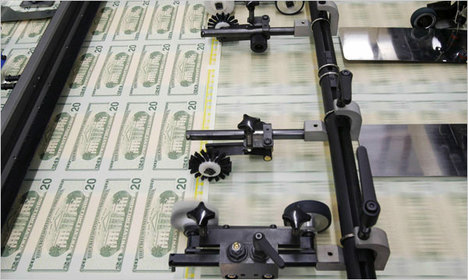 Back then, total federal debt was about $8.5 trillion, just over 60% of GDP. Auditioning for the role of a fiscal hawk, then-Senator Obama took to the Senate floor:

The fact that we are here today to debate raising America’s debt limit is a sign of leadership failure. It is a sign that the U.S. Government can’t pay its own bills. It is a sign that we now depend on ongoing financial assistance from foreign countries to finance our Government’s reckless fiscal policies. … Increasing America’s debt weakens us domestically and internationally. Leadership means that ‘the buck stops here. Instead, Washington is shifting the burden of bad choices today onto the backs of our children and grandchildren. America has a debt problem and a failure of leadership. Americans deserve better.

I gotta admit, the man had a point. We certainly did, and do, deserve better. Of course now that he’s in the White House, Obama thinks we absolutely must increase the debt ceiling. One his chief economic advisors recently went public, warning that if we don’t increase our ability to borrow money:

The impact on the economy would be catastrophic. I mean, that would be a worse financial economic crisis than anything we saw in 2008

So let me gets this straight, back when our debt was 60% of GDP Obama thought that an increase in the debt ceiling was a ‘failure of leadership’ and ‘shifting the burden of bad choices.’ Now, our debt is over $14 trillion or, more ominously, just about 100% of GDP and Obama thinks that NOT increasing the debt ceiling would be an economic ‘catastrophe’?

Remember, the economy was stilling growing in 2006, providing at least some ability to finance additional debt. Any economic growth today is, at best, a rounding error.

But, there is a political philosophy. Today, Press Secretary Gibbs was forced to defend ‘evolution’ in Obama’s fiscal thinking:

Gibbs said Obama’s vote was not necessary at the time to secure passage of the bill, which squeaked by 52-48, and that he was using the occasion to call for fiscal discipline.

Wait…he only said these things because his vote wasn’t need to pass it? So, if they had needed his vote to raise the debt ceiling, he would have voted to ‘shift the burden of bad choices’? Obama just thought, ‘hey, this is going to pass anyway and I’ve never had the chance to make a speech on fiscal discipline. I’d like to try that’? He may not have believed a damn thing in his speech, but I’m sure he had fun taking some shots at President Bush.

As to Gibbs’ second point, what color is the sky in his world? America’s fiscal solvency is in question today BECAUSE of the Administration’s borrowing binge. Again, so Obama WILL borrow more when world markets doubt we can afford it, but WON’T borrow when world markets are certain we can.

Exit Question: Since 2006, our economy has grown from around $13 trillion to around $14 trillion, generating somewhere around $4 trillion of additional output. At the same time, the government has added around $5.5 trillion in debt. Add in the debt issued by states and municipalities and I have one question: Where the hell did all the money go?