Newsweek is running a distinctly condescending take on the recent Arizona Massacre. The clippings below are from their latest print addition.

The gist of their argument is that there are parallels to be drawn between the racist assassination of MLK, and the massacre committed in Arizona.

An Echo of the King Killing

Then, as now, the country was fighting an intractable and apparently interminable war against a hard-to-find enemy on the other side of the planet — a conflict that had drained the nation’s coffers and left the populace fatigued and paranoid. Then as now, the airwaves seethed with reactionary speech. Then, as now, gun sales were going up, up , up.

What a sweeping and condescending generalization, “fatigued and paranoid”.

When Newsweek cites reactionary speech, are they referring to Frances Fox Piven’s call for violent rioting, or are they referencing the rioting Democrat-party-organized “arrestables” who have been purposefully unleashed on American cities over the past several years, with the explicit goal of political intimidation and disruption? (RICO, anyone???) 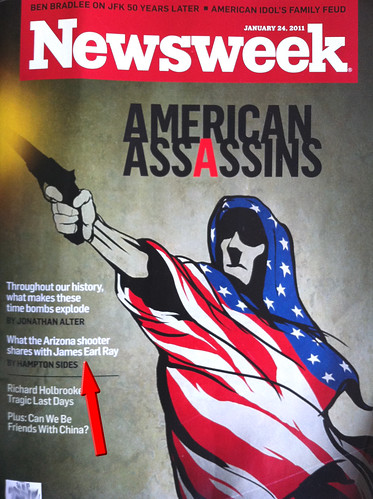 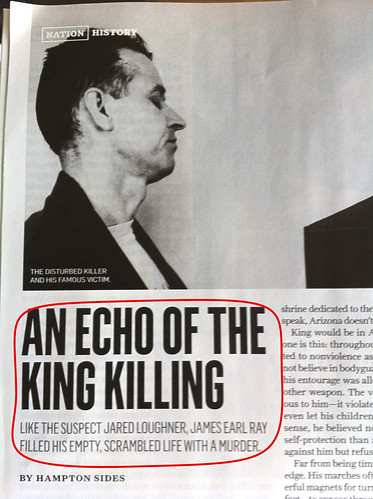 By the yard stick circled above, almost every attempted murder committed by a lunatic has “an echo of the King killing.” 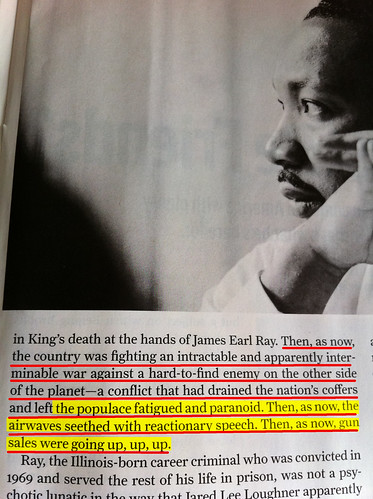 Why doesn’t Newsweek just dig up MLK’s body and spit on his corpse? Or is that somehow worse than pimping his murder to score fleeting political points? Tough call.