Call it “The Schakowsky Conundrum.” 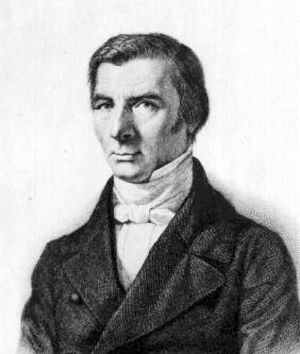 Democrat Rep. Jan Schakowsky finds herself in the unfortunate position of battling the very Progressive movement she has done so much to help shape. You see, she is a Progressive Zionist, and that puts her in direct conflict with her most radical Progressive colleagues, many of whom equate Zionism with colonialism and racism.

Representative Schakosky’s predicament is symptomatic of two ideological battles, both involving the Jewish community in America.

The end game for Progressives is a Socialist America (and world for that matter) under a system they call ‘Democratic Socialism.’ They do not deny this. Heather Booth and her gang at the Midwest Academy (who are working for the President’s reelection campaign), are very open about what they are trying to achieve.

One of the radical Left’s primary tactics is to work against American interests across the planet, in an effort to bleed her slowly over time. A little blood in Cuba and a little blood in Colombia and a little blood in Israel, and on and on. To achieve these ends, they have demonstrated a willingness to work with just about anybody who also has America’s worst interests at heart. As it turns out, contempt for Free Enterprise and Liberty can make for extra-strange bedfellows. The ostensible goal of whichever would-be-partner is 100% irrelevant to the primary objective, namely: to weaken the US government everywhere it can. That is why you see CODEPINK cozying up to the most gynocidal maniacs on earth, the mullahs in Iran. The real goal is to weaken the West, clitorectomies [warning VERY graphic images] be damned. By working with Iran, Hezbollah, Hamas, Fatah, Muslim Brotherhood, Egyptian Isalmic Jihad, et al., they help edge the world ever closer to destroying Israel. Why? Because destroying Israel weakens the West.

Problem is, a large number of comparatively moderate American Socialists are Jews. And most of them are Zionists. And while they would happily usher in a Democratic Socialist paradise, they have no intention of feeding Israel to Jihad fanatics to do it.

Nowhere is this fissure between Pro-Zionist Progressives and Non/Anti-Ziontist Progressives more apparent than in the reaction of those on the radical Left to a recent bi-partisan letter to the Prime Minister of Turkey, urging him to halt the coming Hamas flotilla of 2011. (CLICK HERE for a detailed explanation of exactly which American organizations are organizing these actions against Israel)

The ultra-radical Left is not pleased that dedicated Progressive Democratic Socialists like Rep. Jan Schakowsky signed that letter.

From truthout.org, written by someone who will be on the next Hamas flotilla:

In the grand scheme of things, Illinois Rep. Jan Schakowsky is one of my favorite members of Congress: progressive, smart, articulate, willing to stand up for what’s right even when the pressure is on from the party leadership to go along with injustice, as when she worked to block the president’s deficit commission from recommending cuts to Social Security.

But when it comes to US policy toward Israel and the Palestinians, Representative Schakowsky not only fails to be progressive; she seems to go out of her way to sign onto the most outrageously right-wing “pro-Israel” initiatives imaginable, when she could just say: “let’s let this one pass us by,” as the vast majority of Democratic members of Congress do, when confronted with the most outrageously right-wing initiatives of the “pro-Israel lobby.”

Could there be a more Progressive member of Congress than Jan Schakowsky? And this is how she is treated by the radical Non/Anti-Zionist Progressive movement. Poor Jan is all but accused of being a part of the Jewish conspiracy to control the American government for the benefit of Israel. With friends like those, huh Jan?

At some point, the Pro-Zionist Progressives are going to have to square off against their Anti-Zionist counterparts. That might get ugly, proving a cold slap in the face to at least one core group of Socialists – no matter how it plays out.

There are a lot of Jews in America who are not Socialist-Progressive. They are moderates who span all the way from middle left to conservative right. And if the extremist behavior and rhetoric of radical Jewish Progressives endangers the very existence of Israel, and thus threatens and jeopardizes the security of Jews around the globe, there’s gonna be some ‘splaining to do.

For a glimpse inside the epicenter of this divide in the Jewish community, just read Andrew Breitbart’s recent post about the shameful comments made by radical Progressive MJ Rosenberg, of Media Matters. He called Netenyahu a terrorist, and accused AIPAC of holding more loyalty for Israel than for America.

AIPAC is a VERY mainstream Jewish organization that many in the Jewish community perceive as tending left, although maybe that tendency will change thanks to the likes of Rosenberg, and CODEPINK, and Progressive Democrats of America.

MJ Rosenberg may or may not be wise enough to be aware of just how inflammatory and dangerous his comments are, but it is likely lost on him just how ironic his Progressive libel is, since he -and others- can be accused of having more loyalty to Marx than to the Constitution.