When it comes to the Barack Obama Administration and “deregulation,” their words are often belied by their actions.

In January, President Obama placed quill to parchment for the Wall Street Journal and claimed his Administration had since Day One worked tirelessly “to strike the right balance” between the free market – which works – and the federal government and its pantheon of regulations – which mostly do not. 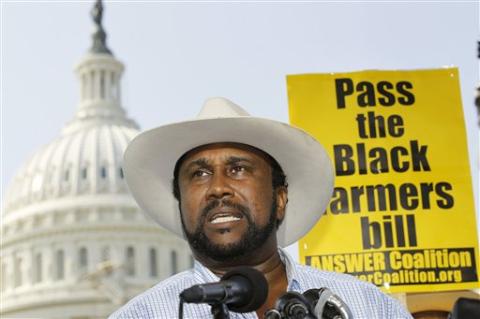 Which is a quintessentially disingenuous statement. The Executive Branch panoply of departments, agencies and commissions was during that time frame in overdrive to execute as many power grabs via regulatory fiat as possible.

To briefly discuss but a few….

The Democrat Congress couldn’t pass the energy sector-killing Cap & Trade? No problem, President Obama’s Environmental Protection Agency (EPA) just began to implement it as if it did.

The Democrat Congress couldn’t pass the union-payoff, anti-free choice Employee Free Choice Act? No problem, President Obama’s National Labor Relations Board (NLRB) just began to implement it as if it did.

Then there is President Obama’s Federal Communications Commission (FCC) – and its December 21 illegal Internet power grab executed so as to then impose the absurd Network Neutrality.

The Democrat Congress couldn’t pass Net Neutrality – and in fact 302 of its members were opposed to the FCC unilaterally force-feeding it to us.

Please note: The FCC has zero authority over anything unless and until Congress writes a law that says “Hey FCC, do this.” And as FCC Chairman Julius Genachowski readily admits, Congress has never done so with the Internet.

As the D.C. Circuit Court unanimously reminded them in April 2010 – when it threw out their first attempt to impose Net Neutrality.

In these ways is Net Neutrality worse even than ObamaCare – at least ObamaCare went through the People’s legislature.

An assessment with which Virginia Attorney General Ken Cuccinelli agrees.

He’ll be joining Verizon and Metro PCS in suing to undo the order when it finally goes live in about three months.

Which brings us to the FCC’s much ballyhooed August once-and-for-all removal from their books of the so-called “Fairness” Doctrine.

This – like the Wall Street Journal op-ed – is an Obama Administration attempt at “We’re deregulatory” false optics.

It’s as if they’re saying:

“We’re not so bad. We’re getting rid of the ‘Fairness’ Doctrine. You people hate that, so see – we’re working with you.”

They’re right – we do hate it. Because We the People understand what the “Fairness” Doctrine is – an assault on the First Amendment.

So the Left simply doesn’t want to expend the political capital necessary on the uphill battle to try to bring it back.

Not that Democrats aplenty haven’t expressed the desire to reinstate said censorship.

But the fact is – they no longer need the “Fairness” Doctrine. Technological advancement is rapidly rendering it moot.

It would be like their fighting for a reinstatement of horse buggy-whip subsidies.

The Media Marxists – the folks who are working to have the government control all news, media and communications – know this. They have moved past the “Fairness” Doctrine to other, bigger, newer forms of censorship.

Mark Lloyd – a Hugo Chavez-loving Media Marxist whom the FCC hired as their inaugural “Chief Diversity Officer” – wrote a piece called “Forget the Fairness Doctrine” in which he details other ways to achieve the same silencing of the Right on the radio.

But the Left is thinking long term – and that means Net Neutrality.

“(T)he ultimate goal is to get rid of the media capitalists in the phone and cable companies and to divest them from control.”

Meaning eradicate all private sector Web suppliers – and have the government commandeer control of the Internet so as to then be the sole Service Provider (ISP).

Because not today, not tomorrow, but soon – all radio and television will be on the Internet.

And ask the newspapers and publishers of the world where “print” journalism is headed.

All things news, media and communications will in the not-too-distant future be delivered solely on the Web.

Thusly is Net Neutrality your one-day-soon one-stop-shop for censorship.

Have a radio talk show host you want to shut up? Net Neutrality.

Have a TV show you don’t like? Net Neutrality.

Someone writing something of which you aren’t fond? The Big NN.

As every place we get our news and information continue their rapid migration to the Internet, Net Neutrality will lord larger and larger over the free market – and our free speech.

Which is why we must rid ourselves of it as rapidly as possible.