With Texas Governor Rick Perry now leading the race for the Republican nomination for President, only days after jumping into contest (according to Rasmussen Reports – full disclosure, I have endorsed Perry) – we can expect a withering response from President Obama and his allies on the left. As John Podhoretz noted in Commentary, comparing Perry to Ronald Reagan, “The conservative boogeyman is back.” 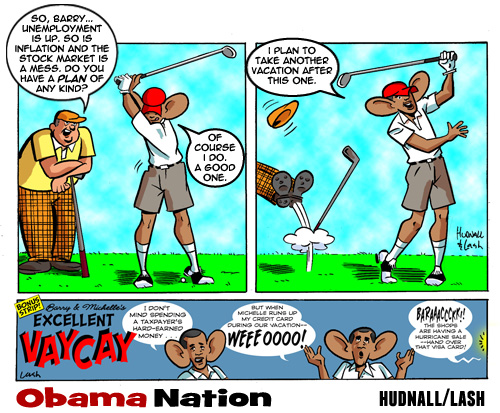 The Trans-Texas Corridor is one such emerging line of criticism against Gov. Perry. First proposed by Perry in 2002, the north-south running road would have also included a railway, petroleum pipeline, power lines, and communications cables.

Some conservatives have linked the planned Texas road with the feared, but as yet theoretical, North American Union or NAU and NAFTA, dubbing it the NAFTA Super Highway. That Perry would have proposed such a thing is yet more proof to them that Perry is somehow the “Establishment” candidate (never mind his comments about the Fed, the Tenth Amendment, and the fact that the same “Establishment” ran Sen. Kay Bailey Hutchison against him for governor last year).

So, what’s the deal with Perry’s proposed superhighway and should conservatives be worried?

America has had a long history with these arrangements. The Federal government built Post roads-Constitution: Article I, Section 8-with eminent domain authority-Constitution: Amendment 5). States built infrastructure projects such as the Erie Canal, paying back the state treasury with tolls from the users. But private companies built and maintained the majority of roads, operating them as private turnpikes through the early 1800s. It wasn’t until 1956 that the Federal government took the lead on major inter-urban road construction. That was the year Congress approved President’s Eisenhower’s “National System of Interstate and Defense Highways,” funded by the Highway Revenue Act, which levied a $0.03 per gallon tax on fuel (now 18.4 cents per gallon).

Texas’ low taxes and light regulatory burden have driven growth at more than double the national average. The Lone Star State added 4.3 million residents from 2000 to 2010 – Perry became governor in late 2000. This massive growth, combined with Texas’ status as the number one manufacturing state, has clogged Texas roads with people and commerce (which is far better than the alternative).

To address these needs, Gov. Perry launched the Trans-Texas Corridor, a $184 billion effort to construct a 4,000 miles of toll ways, rail corridors and utility lines. The environmental left attacked the plan as did conservatives who somehow saw the road as a building block on the way to integrating Canada and Mexico with the U.S. Opposition was strong enough that Perry had to abandon the plan in 2005.

But, as candidate Perry said a few days ago in a radio interview, aside from raising the money privately to build the needed infrastructure, “…the alternatives would be to raise taxes, ask Washington for money or wait for ‘the asphalt fairy’ to get needed roads built.”

Attempts to attract private investment to build public roads aren’t new. In 2006, while a California State Assemblyman, I authored AB 2290, a bill to allow the construction of a truck-only toll road out of the Ports of Long Beach and San Pedro, America’s busiest port complex. My aim was multi-fold: take large and dangerous container truck traffic off of L.A. regional highways; increase the competitiveness of California’s main port; reduce pollution emissions per ton of freight moved though a reduction in congestion; and do so in a way that the users paid for it, rather than California’s public at large.

Competiveness was a major concern driving my bill. California’s taxes, regulations, and labor laws were driving up the costs of operating out of the nation’s biggest port. In addition, Mexico was proposing to build a massive new port on their Pacific coast to compete with America. Further, Panama wanted to double the capacity of the Panama Canal, allowing larger cargo ships to bypass California and head straight for Texas, then on to destinations on the East Coast and Canada via overland road and rail.

Panama’s canal improvement project will be complete by 2014, likely resulting in a significant shift of cargo traffic from California to Texas. With more than 11 million twenty-foot container units transiting L.A. annually, compared to almost 1.8 million at Houston, America’s fifth-largest port, even a 10 percent shift of traffic from California could result in more than a 50 percent increase in Texas cargo traffic.

Further, rather than being built and operated by the government, my bill would have provided a choice for private companies to build and maintain the road. For instance, a large Spanish road building firm had pledged some $4 billion of their own investors’ money for a California project, if they were given the opportunity. With that sort of money in short supply in the Golden State, I thought my fellow lawmakers would jump at the chance to build a road without tax money (preemptive disclosure – no such firms donated to my campaigns). I was wrong. My bill was shot down in the Transportation Committee on a 5 to 8 partisan vote, all liberal Democrats against it, all Republicans for it. I recall the Chair of the committee saying she opposed toll roads because only the wealthy could afford them (never mind that the users would be commercial trucks and the use of the road voluntary).

Both my AB 2290 and Gov. Perry’s Trans-Texas Corridor represent current, innovative, limited-government, and free-market oriented thought. The alternatives, as Perry said, are taxes or Washington – roads don’t build and pay for themselves.

Populists have scored Gov. Perry over the proposed used of eminent domain to build the Trans-Texas Corridor. But, when hasn’t eminent domain been used to build infrastructure? Unless land is already owned by the government, eminent domain is the proper Constitutional tool to use – Article I, Section 8 foresees eminent domain’s use, and Amendment 5 assures American citizens that they will be justly compensated for their land, rather than the government simply seizing it. Without eminent domain, virtually none of today’s current interstate system could have been built. Constitution-believing conservatives can’t have it both ways – eminent domain power is clearly part of the Constitution.

The proper question should be: is the eminent domain applied for a public use? In the highly debated Kelo v. City of New London decision in 2005, the Supreme Court ruled (wrongly, in my opinion) that the eminent domain taking of land from a private party and subsequent transfer to another private party, solely for the purpose of redevelopment, was Constitutional. In this case, local government was using condemnation as a tool to boost tax revenues by changing the economic use of the land. In the case of the Trans-Texas Corridor, eminent domain would be step in the project’s realization regardless of whether it was funded and run by the government or business and regardless of whether taxes or tolls were used to fund it. Further, unlike Kelo, the benefit of added infrastructure in Texas would accrue to the public at large – truly, a public use.

Lastly, there has also been unfair criticism over the increase of state debt during Perry’s 10-plus years as governor. States cannot print money to run a deficit, unlike the Federal government, so this attack on Perry is really about Texas’ bonded indebtedness. As one would expect in a state that has grown more than 20 percent in a decade, bonds are being used to pay for infrastructure. Perry’s 2010 Democratic opponent attacked him for “doubling” Texas’ bond debt. True. But bonds for transportation account for almost all of this debt increase, going from near zero in 2000 to $11.8 billion in 2009. Tellingly, bond debt to support parks and general government infrastructure (a soaring category in California), actually shrank 6 percent in Texas under Perry’s watch.

Thus, conservatives who criticize Gov. Perry over the proposed use of eminent domain to build a road aren’t just wrong – they’re actually advocating a position that is unconstitutional it its core. A further irony: such populist-minded conservatives are actually using one of the same arguments that the Sierra Club and other environmental left, anti-growth groups, have used against Perry.