New photographs obtained exclusively by BigGovernment.com reveal that Barack Obama appeared and marched with members of the New Black Panther Party as he campaigned for president in Selma, Alabama in March 2007.

The photographs, captured from a Flickr photo-sharing account before it was scrubbed, are the latest evidence of the mainstream media’s failure to examine Obama’s extremist ties and radical roots.

In addition, the new images raise questions about the possible motives of the Obama administration in its infamous decision to drop the prosecution of the Panthers for voter intimidation.

The images, presented below, also renew doubts about the transparency of the White House’s guest logs–in particular, whether Panther National Chief Malik Zulu Shabazz is the same “Malik Shabazz” listed among the Obama administration’s early visitors.

The book exposes Obama administration corruption far beyond the Panther dismissal, and reveals how the institutional Left has turned the power of the DOJ into an ideological weapon.

Adams’s book also describes, in detail, the Selma march at which then-Senator Obama was joined by a group of Panthers who had come to support his candidacy.

Among those appearing with Obama was Shabazz, the Panther leader who was one of the defendants in the voter intimidation case that Attorney General Eric Holder dismissed. Also present was the Panthers’ “Minister of War,” Najee Muhammed, who had called for murdering Dekalb County, Georgia, police officers with AK-47’s and then mocking their widows in this video (7:20 – 8:29).

Injustice includes a disturbing photo of Shabazz and the Panthers marching behind Obama with raised fists in the “Black Power” salute.

There are even more photographs.

I have learned that Regnery initially received approval from a person who took pictures of the events in Selma to publish these additional photographs in Injustice.

The photographs show Obama sharing the same podium at the event with the Panthers.

In the first image, Shabazz stands at the podium, surrounded by uniformed Panthers, including Muhammed. In the second photograph, Obama commands the same podium.

Here are the images: 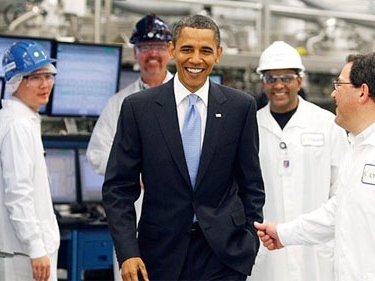 It is true that then-Senator Hillary Clinton and Al Sharpton were also in Selma at the same event. But the Panthers explicitly came to Selma to support Obama, as Adams details in Injustice.

They spoke with Obama at the podium shown above, and departed together with Obama for the main march itself, as shown by this grainer image captured from YouTube: 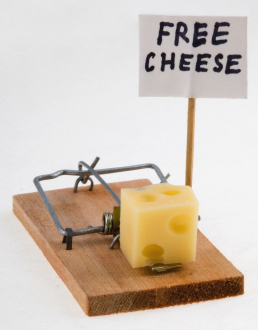 Obama seems not to be reviled by the Panthers in any of the video or photographs. And Obama’s own campaign website would post an endorsement by the New Black Panther Party in March 2008. As Adams writes in Injustice:

Somehow, the fact that the future President of the United States shared a podium with leaders of the New Black Panthers, marched with them, and received a public, formal greeting from their party has vanished from the history of Obama’s campaign. Apart from [Juan] Williams’ single dispatch, no other media outlets ever reported it.

After NPR initially reported that the Panthers were present at the event with Obama, subsequent reports from Selma omitted any mention of the hate group appearing with the future President.

Had any of Obama’s opponents appeared at an event with the KKK or Aryan Nation, The New York Times would have had to double its ink buy.

Obama’s appearance does much more than expose mainstream media hypocrisy. It also exposes an association between a vile racist organization and a future President of the United States. Only the degree of association is subject to debate.

And only a few voices outside the mainstream media have continued to press the Obama administration about its past and present ties to fringe groups.

I have been calling for the White House to disclose which Malik Shabazz visited the private White House residence on July 25, 2009, two months after the DOJ voter intimidation case was dismissed. So far, the White House has refused to do so, leaving open the question of which “Malik Shabazz” appears in visitor logs released to the public.

To reiterate: nobody, including Adams, is suggesting that Obama is a secret member of the New Black Panther Party. At a minimum, however, the events in Selma expose the media double standard that has buried this story until this week.

The mainstream media should ask Obama a few questions before they rush to his defense:

What did he and Malik Zulu Shabazz say when they conversed that day–something that Shabazz has said happened?

Did the Obama campaign play any role in having the Panthers travel to support his presidential ambitions?

Who posted the Panthers’ endorsement on the Obama campaign’s website, and at whose instructions?

Who–finally–was the Malik Shabazz who visited the White House residence on July 25, 2009?