On Twitter, former senior advisor to President Obama, David Axelrod, blamed Republicans for the collapse of a portion of the I-5 bridge in Mount Vernon Washington. He tweeted: 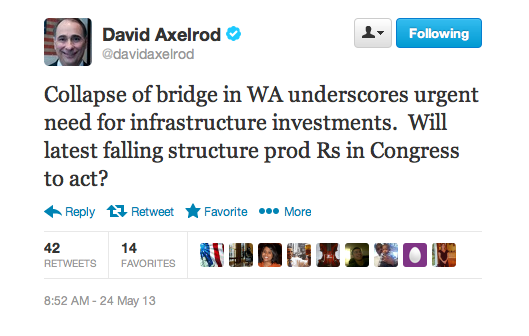 The Obama administration supposedly spent hundreds of millions of dollars on infrastructure in the stimulus package of 2009.