BUNKERVILLE, NEVADA–Breitbart Texas’ Managing Director Brandon Darby offers new images from the scene of a reported standoff between law enforcement and armed militia attempting to slow traffic to the point of shutdown on Interstate 15.

1:01pm Pacific — “It was strange to see armed ranchers and militias stand off against a federal SWAT team under a bridge in a desert wash,” Darby said. “After a few tense moments, the feds agreed to retreat and allow the ranchers and the militia to guide the remaining cattle back to tracts of land used by the Bundy ranch. Both sides were demanding the other disarm first. Both the ranchers and law enforcement refused; ultimately the federal agents began to walk backwards behind retreating vehicles and leave the area. Then they allowed a member of the Bundy family to travel a half-mile back beyond the conflict area and to see the family’s cattle. The family member returned and made the announcement that the family would receive the remaining heads of cattle and he requested that the ranchers and militia help corral and guide the cattle back.”

“At this point, tensions have calmed temporarily as militia and supporters made a short hike to a nearby bridge to try to go under a police line.” 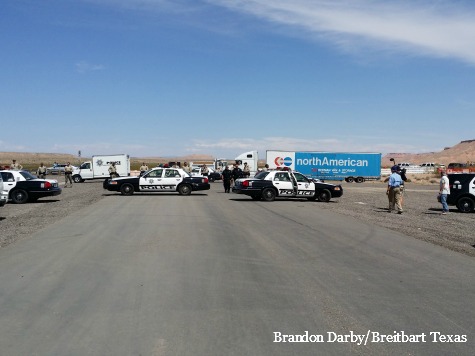 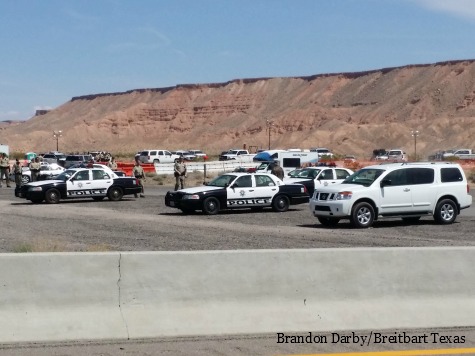 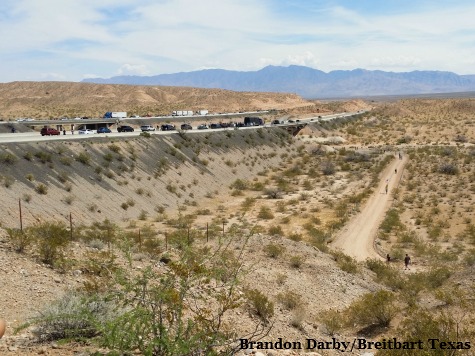