New York police held a press conference Sunday afternoon shedding further light on the murders of officers Wenjian Liu and Rafael Ramos on Saturday, revealing a troubled young man had driven from Maryland that morning and boasted to two men that he was about to do something big right before the execution-style shooting.

The perpetrator Ismaaiyl Brinsley, age 28, was born in New York, went to high school in New Jersey, and went back and forth from Georgia through the later part of his life. His father currently lives in New Jersey and mother lives in Brooklyn.

Brinsley’s family is Muslim; however, they say he has never expressed any radical sentiments at all. They report that he has had a troubled life; he has attempted to hang himself in the past and may have been on medication for mental illness. He has a child but is estranged with the mother; she does not appear to be the same woman as his ex-girlfriend, who he shot early Saturday morning before driving to New York City.

Brinsley has a history of run-ins with the law. He has 15 prior arrests in Georgia for assorted crimes: misdemeanor assault, larceny, shoplifting, and gun possession, dated from 2004 to 2013. He was arrested 4 times in Ohio from May 2009 to September 2009–robbery and misdemeanor theft. He served over 2 years in various prisons, mostly from a 2-year sentence for the Georgia case of criminal possession of a weapon. 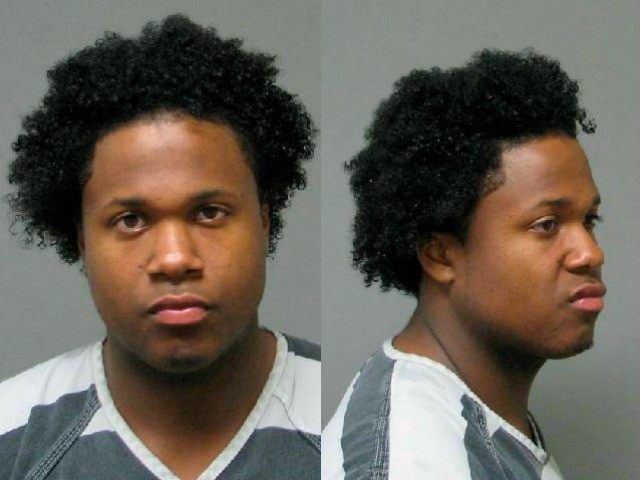 2009 booking photo from the Springfield, Ohio Police Department shows Brinsley after an arrest on a felony robbery charge.

Law enforcement stated that Brinsley had been broken up with his ex-girlfriend for a year, he entered her home in Maryland yesterday with a key he was not supposed to have. At 5:50 AM, Baltimore police received a report of shots fired, and when they arrived, the ex-girlfriend IDed him–he had already left. Baltimore police tracked him as he was driving on I-95, and he called police to say he shot his ex accidentally and hoped she survived. He also called the woman’s mother several times while driving, apologizing to her.

During the confronation, Brinsley stole his girlfriend’s iPhone, so police are currently investigating his iPhone and hers and scouring all his social media accounts. Most of his “posting and rants” appeared on Instagram; the account widely reported Saturday is confirmed to belong to him. He was posting to the account yesterday with his ex-girlfriend’s phone. His posts express many negative statements toward the U.S. government and the police. In one, he burns an American flag; in another, he mentions Eric Garner & Michael Brown. He has no gang affiliation or tattoos, and his accounts have not revealed any religious statements.

The gun used in Liu and Ramos’s slaying was a Taurus 9mm pistol purchased from a Georgia pawn shop in 1996. Brinsley was nine years old at the time, so  the ATF has determined the identity of the man who bought it then and is attempting to determine how Brinsley acquired it.

In the most chilling detail from the press conference, police revealed that a video taken before the murder shows Brinsley talking with two men before the shooting. He asks them their gang affiliation, asks them to follow him on Instagram, and then tells them, “watch what I’m going to do.” He then circled the police car and shot the officers. The men are not expected to be involved but police will follow up with them. Brinsley fired four shots at the officers.