An explosive new book on Bill & Hillary Clinton has been making waves ever since it was first announced two months ago. Clinton Cash: The Untold Story of How and Why Foreign Governments and Businesses Helped Make Bill and Hillary Rich, by Breitbart News Senior Editor-at-Large Peter Schweizer, finally hit stores this week, and it is still grabbing the attention of the political and media world, drawing multiple mainstream news outlets to investigate the book’s leads on the Clinton Foundation’s business dealings further.

With  57 pages of endnotes and a total of 600+ primary sources, Clinton Cash may be too complex for some readers, especially liberal friends like Hillary ally John Podesta, who described the book as “nothing new” before it was released. To help those who may find the book has too many words and pages, Breitbart News has created an infographic to explain the book on their level. 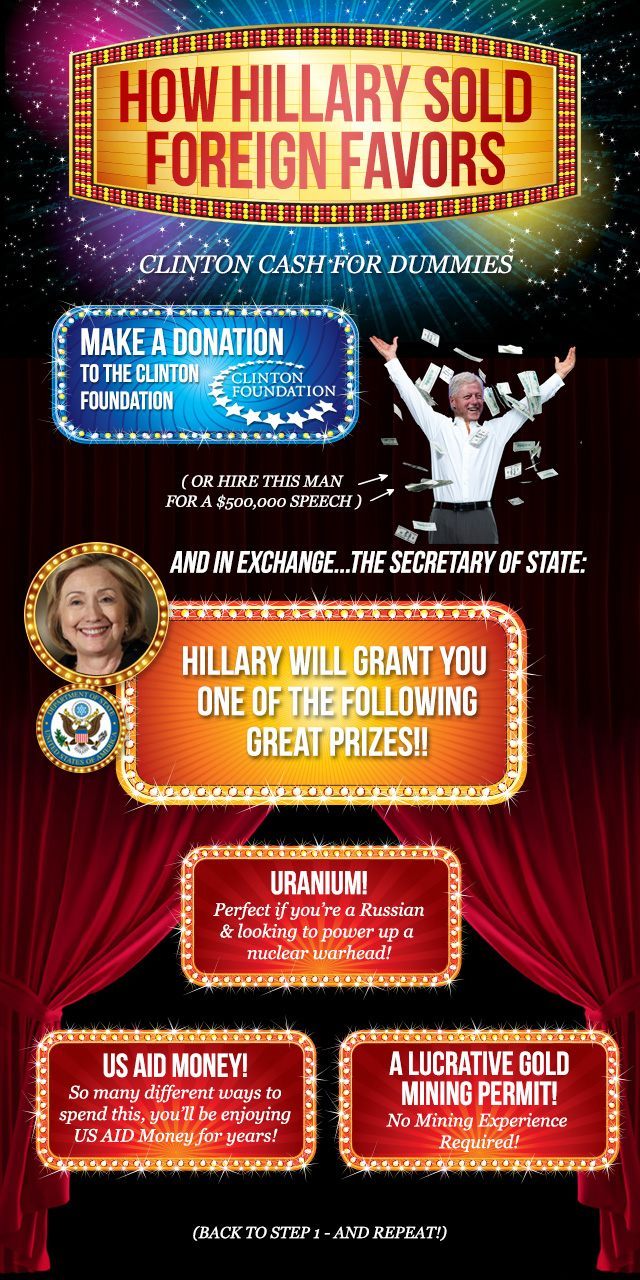