LOS ANGELES, California — In lieu of the 800-year anniversary of the signing of the Magna Carta, the American Freedom Alliance hosted a conference and lecture series this week to honor the document from which the English-speaking world attributes the basic foundational principles of human liberty, respect for the rule of law and the subsequent freedoms the western world is afforded today as a direct result of it.

The conference titled The Magna Carta: The 800 Year Struggle for Human Liberty included several panel discussions detailing the history of the Magna Carta’s founding–the link between the fateful document, the English Constitution, and the U.S. Declaration of Independence–and the dangers inherent in a creeping case of of historical revisionism that is destroying our connection to a critical past.

The event kicked off with a live web cast to a celebration in Runnymede, England, where the Magna Carta was signed on June 15, 1215. British politician Hon. Daniel Hannan addressed the crowds as a statue of Queen Elizabeth II was unveiled.

England was referred to as “the point of departure,” by famed historian Alexis de Tocqueville because it was from there that democracy in America and the rest of the anglosphere had originated. The Magna Carta, of course, was one of the main documents at the center of this departure which is why after he took his well-known journey across America between 1831-1832, in which he detailed the founding principles of democracy in the United States, he went back to England to reconnect with the western world’s democratic roots. The London-based think tank Henry Jackson Society places the need for a strong trans-Atlantic alliance and strengthening of western democracy at the fore through its work in foreign policy.

“Alexis DeToqueville recognized that the rights that are [inherent] in the Magna Carta are [present] in the [Torah] and the Bible,” panelist John Hancock said. Hancock is a radio show host and best-selling author recognized as one of the leading figures in the field of American exceptionalism. 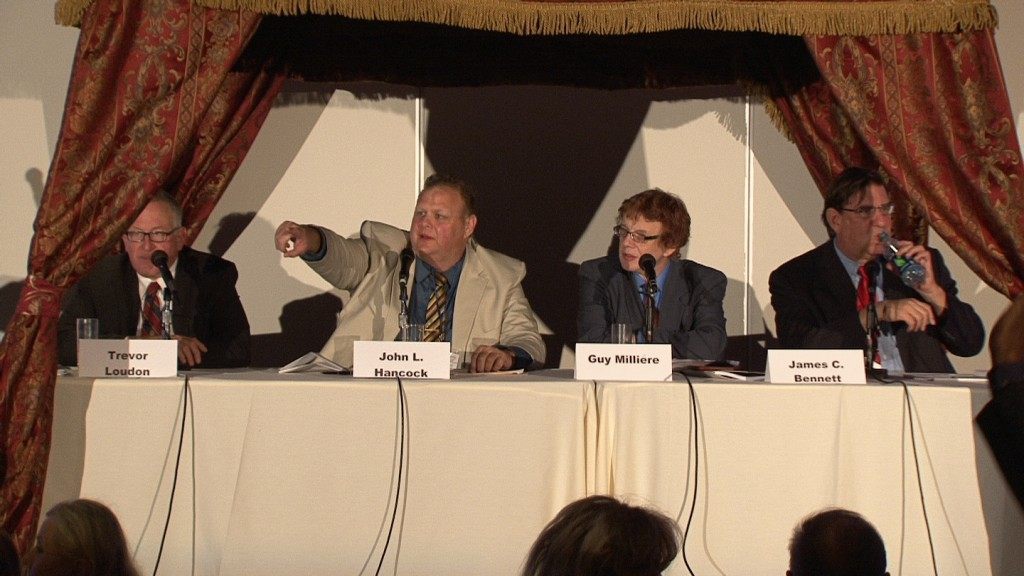 “Without the Magca Carta you would not have constitution of UK,” which gave way to the world as it was in the 18th century and beyond, said professor Guy Milliere, an AFA fellow who flew in from France to speak at the conference. “Can you imagine the world without the United States today? I would say you can imagine it because you are starting to see what it is like with the way [President Barack] Obama is leading the nation today…. without the United States, Europe will never recover,” Milliere said.

Milliere said the rule of law never existed in France and that politicians have abused it. “The definition of liberty is evolving in France. It’s evolving into socialism.” He juxtaposed this devolution against the creeping rise of Islam in the nation’s system as being a prime example of this. Islam’s inherent uni-directionalism preaches an “absolute submission to God” and does not believe that the individual has rights beyond the obligations to God.

Similarly, socialists believe in absolute submission to the state “and you have no way of finding liberty in situations” where man is above the rule of law. It is this very concept that protects citizens in the modern-day from absolute monarchies and tyrannical regimes in the western world.

Paraphrasing from Edmond Burke’s Contract for the Ages, John Hancock said “Liberty is a contract between the dead, the living and those yet to be born.” He expounded on the importance of educating the western world about the Magna Carta, the document from which our modern-day liberties arose. “What we are celebrating is that contract which was kept for us going back 800 years and even further… And, as a people, it is our duty to preserve it for those yet to be born.”