It has been a year since I wrote my first article on GamerGate, the remarkable online uprising against atrocious journalism and wacky social justice warriors in the world of video games. What a year it’s been!

The more I consider what gamers have done over the past twelve months – how they have struck fear into the previously unchallenged bullies of the authoritarian Left, with their kooky, discredited, preposterous theories and terrible journalism – the more I am convinced: gamers are something like the hobbits of the culture wars. Regular readers will know I’m a fan of tortured analogies, so buckle up.

Hobbits, from JRR Tolkien’s Lord of the Rings, weren’t considered to be one of the great civilisations of Middle Earth. They had a reputation for staying inside the house, ignoring the outside world and being unattractively hairy. Indeed, I succumbed to this stereotype myself prior to getting involved in the gaming world.

Yet gamers could sneak, were curious lovers of riddles, and when they threw stones they hit their targets. They were the ones who ended up defeating Sauron. In fact, just recall Bilbo Baggins’ opening monologue from The Fellowship of the Ring.

“Gamers have been living and farming XP points in the digital world for many hundreds of hours, quite content to ignore and be ignored by the world of the Big Folk. Middle Earth being, of course, full of strange creatures beyond count. 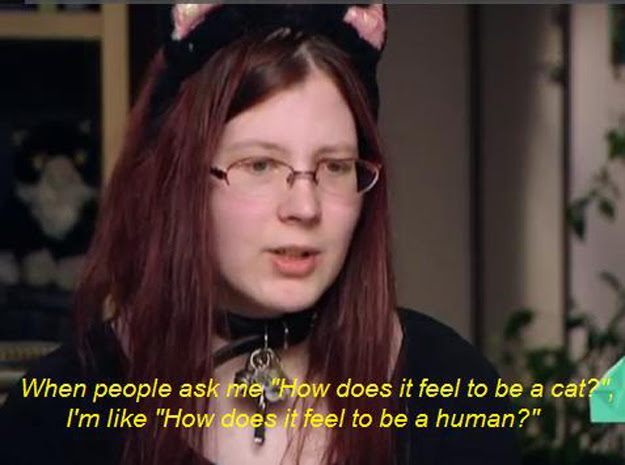 Gamers must have seemed of little importance, being neither renowned as great warriors, nor counted among the very wise. In fact, it has been remarked that gamers’ only real passion is for Mountain Dew and Doritos. A rather unfair observation, as they have also taken a keen interest in 360 noscopes and the smoking of weed. I mean pipeweed.”

Okay, so that’s not exactly what Bilbo said. But it’s close enough.

Despite the common stereotypes of gamers as losers, nerds and shut-ins, gamers proved to be the perfect opponents for cultural authoritarians. The left relies on destroying the reputations of their opponents — but how do you destroy the reputations of people who have been ridiculed as often as gamers? When you’re already hated by the left, the right, and the media, the only way to go is dank.

Gamers also benefited from being one of the few genuine grassroots communities, with few leaders and no official structures. Unlike the tedious “movements” that regularly emerge from college campuses – whether Boycott, Divestment and Sanctions (BDS) or Slut Walks – the gamers have no radical ideology.

They are ordinary, in some cases really quite apolitical, people, brought together by a shared hobby. They have no grand social objective beyond protecting the medium they love from authoritarian scolds and they cannot be neatly categorised.

The more you try to paint gamers as basement-dwelling straight white nerds, the more paraplegic black lesbian World of Warcraft addicts come tumbling out of the woodwork. (Is that offensive to dykes? I have no idea. Nor would the lesbians in GamerGate give a flying toss.)

One of the features of GamerGate is that it includes people from every background imaginable. A survey on GamePolitics found a broad mix of liberals, conservatives, and libertarians. Gamers don’t care if you’re black, white, gay, straight, or disabled. All that matters is that you know how to game. They’ll even welcome right-wing bastards like me.

That kind of diversity and tolerance — the genuine kind — frightens cultural authoritarians, not just because they are so mercilessly intolerant to their opponents, but also because it undermines their view of the world. Gaming is that most hated of words in identity politics: a meritocracy. Who you are is unimportant. All that matters is what you know, what you can do, and if you’re being honest with yourself and others about those two things.

To the ladies and cuckolded dudes of social justice, all I can say is this. Having slept with a few gamers now… if you’re content to write off some of the most remarkable people on the planet with your bigotry buzzword bingo, woo. I’m quite happy to monopolise the market. You’re the ones missing out.

It’s now common knowledge that a huge number of games journalists were colluding to punish people and enforce groupthink on a mailing list called GameJournoPros. It was a pretty ugly thing. After I broke that story, the list was shut down. Needless to say, they’re still not sorry and they see nothing wrong with anything that was happening on that list. They’re even coming for developers now, too.

My cleverer colleague Allum Bokhari informs me that Left-wing radicals are informed by social conflict theory, which sees society as a never-ending battle between competing groups. For the authoritarian Left, the idea that so many of these people could be brought together under the “gamer” identity is, as they would say, “problematic.”

So many groups have proven helpless before the tactics of cultural authoritarians. The Republican establishment is terrified of being called racist and sexist, so they are relentlessly and self-defeatingly attacking Donald Trump because he wants to talk about illegal immigration.

Universities are so scared of the same labels that they’ll throw great scientists like Sir Tim Hunt under the bus on the basis of unfounded accusations. (What we in the real world away from touchy progressive editors call outrageous fucking lies.) Like Gondor, perhaps, the wise and powerful institutions that were meant to protect us from monsters today seem incapable of meeting the challenge.

So the task fell to gamers, those most unlikely of heroes, who reminded the world that you didn’t have to care about the kind of smears that appeared in the mainstream media. As GamerGate turns one year old, more and more people across the entertainment industry are coming to the same conclusion.

Gamers have been there and back again. What Bokhari calls the cultural libertarian revolt against the authoritarian left is now underway. I believe GamerGate bears more responsibility for that tectonic shift than any other event in the past few decades. To put it another way, even the smallest people can change the course of the future.

Gamers have done something no one else could. They’ve done it fearlessly and brilliantly, even in the face of bomb threats provoked by their enemies. (Okay, so that Washington DC bomb threat turned out pretty awesome for some of us.) They have proved that if you just ignore the scary bad guys with the big media platforms who are calling you names, nothing bad happens.

GamerGate’s critics have tried every trick in the book to shut us up. They’ve failed to quash the movement, damaging their own reputations and organisations along the way and costing themselves millions of dollars. But they’ve never agreed to debate us, no-showing at an event set up by the Society of Professional Journalists and even turning down $10,000 for their own charities. That says all you need to know about how confident they are of their arguments.

The bad guys have fallen and failed: journalism sites have updated their ethics policies to meet GamerGate’s demands, albeit grudgingly and accompanied by waspish editorials. Some have even closed. And GamerGate’s noisiest critics have been brought low, in some cases humiliatingly so. Its fiercest detractors have, one by one, been revealed as chaotic, inconsistent, damaged, bigoted old hypocrites or plain abusive monsters.

We’ve shown how the nannying puritanism of the social justice tendency is no different to the old religious right’s frothing about gaming and new technology. And we’ve collected unexpected allies along the way from throughout the entertainment industry. Feminist agitators and crappy games journalists have revealed just how little they know about their own trade. 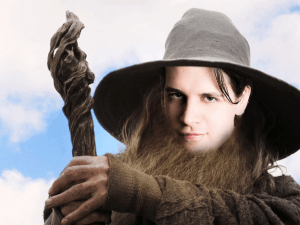 Over the past year I’ve learned not just to tolerate but to love some of the most outrageously bloody, violent and hilarious video games out there. I even starred in one of them. And now I’m writing a book about what I’ve learned. All of which I suppose makes me Gandalf the Gay.

GamerGate has moved beyond the flurry of headlines and settled into a sort of watchdog role. It’s a loose coalition that springs into action with terrifying ferocity and efficiency when it spots the tenets of cultural libertarianism being violated. (GamerGate has a reasonable claim to giving birth to that term, too.)

So, here’s a confession. I don’t just call myself a reporter covering GamerGate any more. I am a proud member of the movement myself. And it’s a wonderful, remarkable group to be in, packed full of some of the quirkiest, smartest, funniest, most welcoming, tolerant and warm people I’ve ever met. Here’s to another terrific 12 months, shitlords!