As part of his three-day tour of Alaska, President Obama went on a scenic boat trip to highlight the melting glaciers as the result of climate change and snapped selfies with wilderness survivalist Bear Grylls. 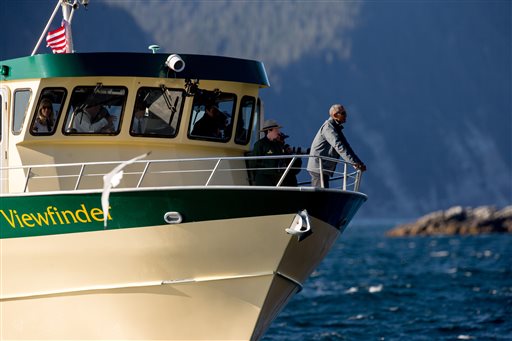 (All photos via the Associated Press)

Obama stood outside on the front of the boat gazing out at the water of Resurrection Bay as he commented on the size of the icebergs. 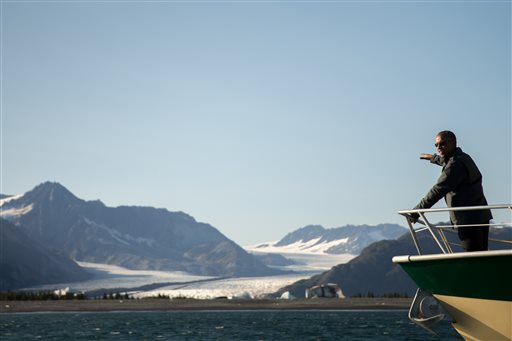 “Spectacular. The iceberg is sitting in a lake. Periodically the ice bergs break off from the glacier,” he said. “Each one is the size of a Costco.” 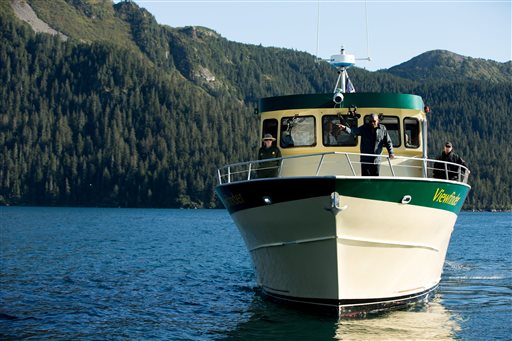 Obama was accompanied on his boat trip with National Security Advisor Susan Rice where they watched a group of Sea Lions. 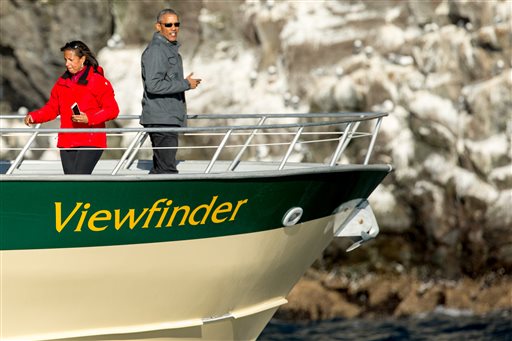 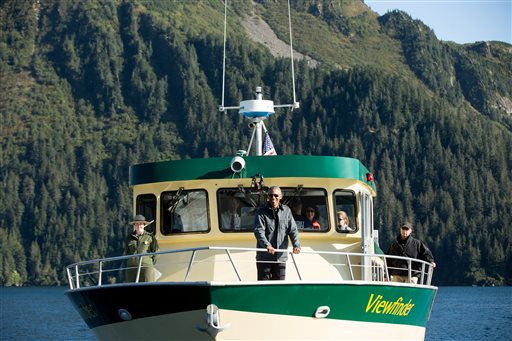 Earlier in the day, President Obama hiked to the Exit Glacier, to express concern at the pace in which it was melting.
“It sends a message about the urgency that we’re going to need to have when it comes to dealing with this, because, obviously, when the glaciers erode, that’s also a sign of the amount of water that’s being introduced into the oceans — rising sea levels,” Obama pointed out. “And the warming, generally is having an impact on the flora and fauna of this national park.” 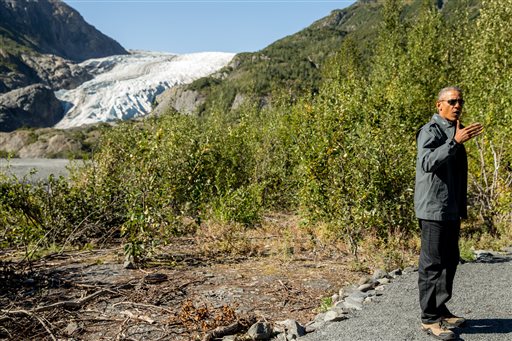 “It is spectacular, though,” he added. “And we want to make sure that our grandkids can see this.”

Earlier in the day, he joined survivalist Bear Grylls on the glacier for a reality TV episode and snapped a selfie to mark the occasion.