A Breitbart meetup in Arizona ended with a restaurant cutting off the microphone before a police helicopter strangely descended upon the gathering ordering attendees to disperse.

For the first 45 minutes of the pre-organized event conservatives networked while ordering food and drinks. There was already a great sense of camaraderie among the crowd when Breitbart’s Community Liaison Dustin Stockton began the program by asking God to steer the conversation towards solutions that would combat the agents of greed and corruption that infest our government and media. 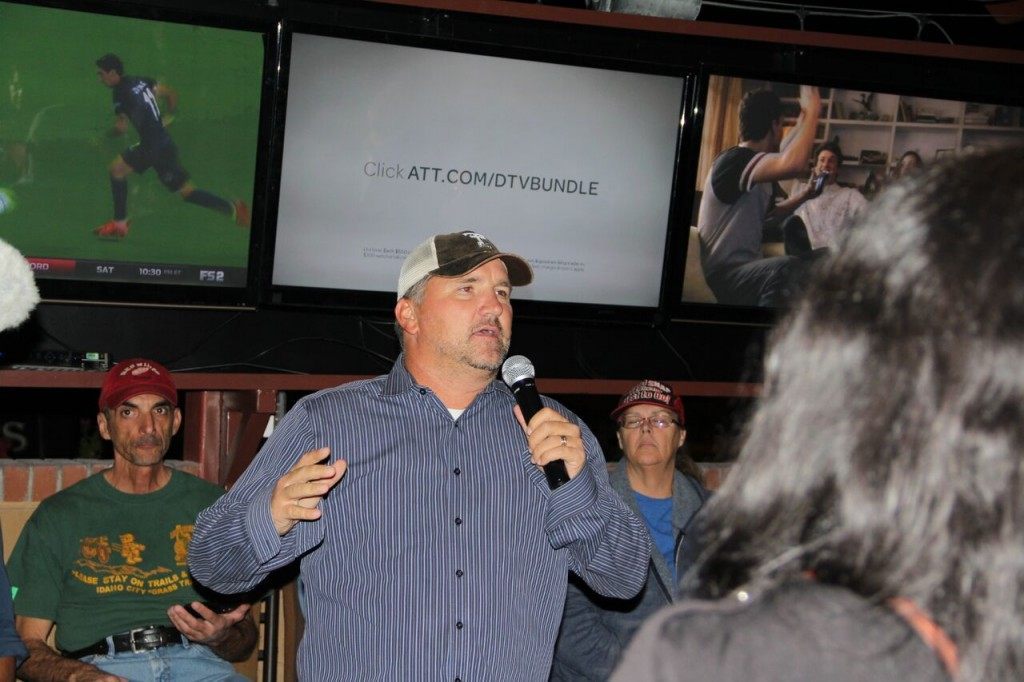 Second Amendment “journalist of the year” AWR Hawkins gave the first speech of the evening. He spoke with the enthusiastic attendees about guns, and the American tradition of freedom. AWR passed the microphone to Breitbart Texas’ Managing Director Brandon Darby who captivated the crowd with his extensive knowledge of border issues. 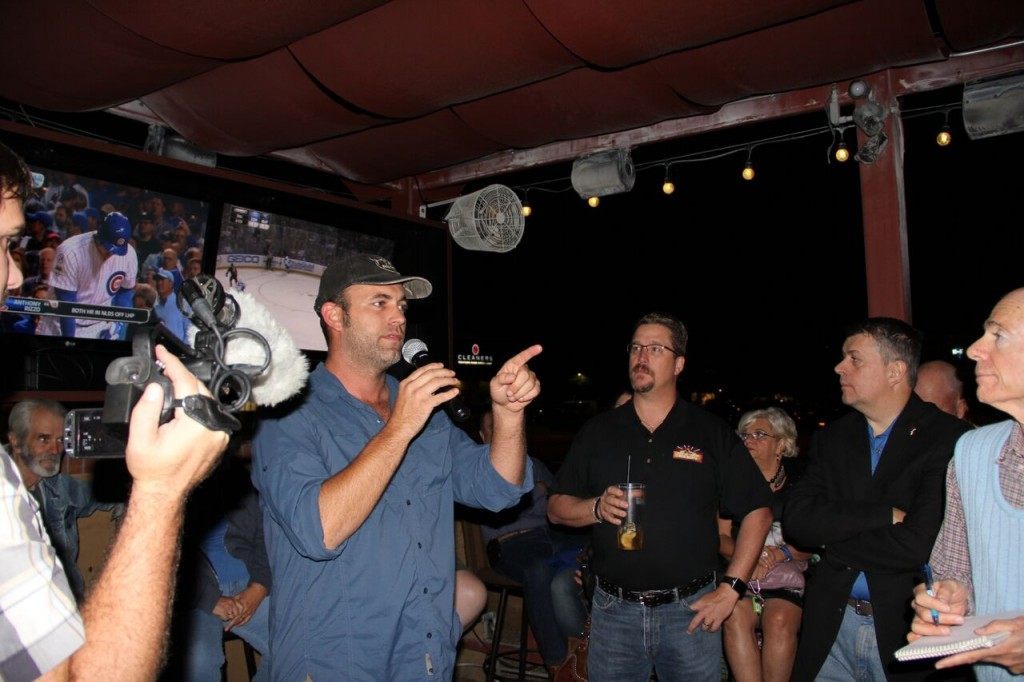 Just as Darby finished his remarks and opened the stage for Q&A, the microphone was suddenly cut off and the audio of the Mets/Cubs game began to blare over the PA system. The attendees began to realize that instead of a technical issue, the management at K O’Donnell’s had purposefully cut off the microphone. Once again, PC culture was trying to silence a peaceful group of people concerned about the direction of the country. 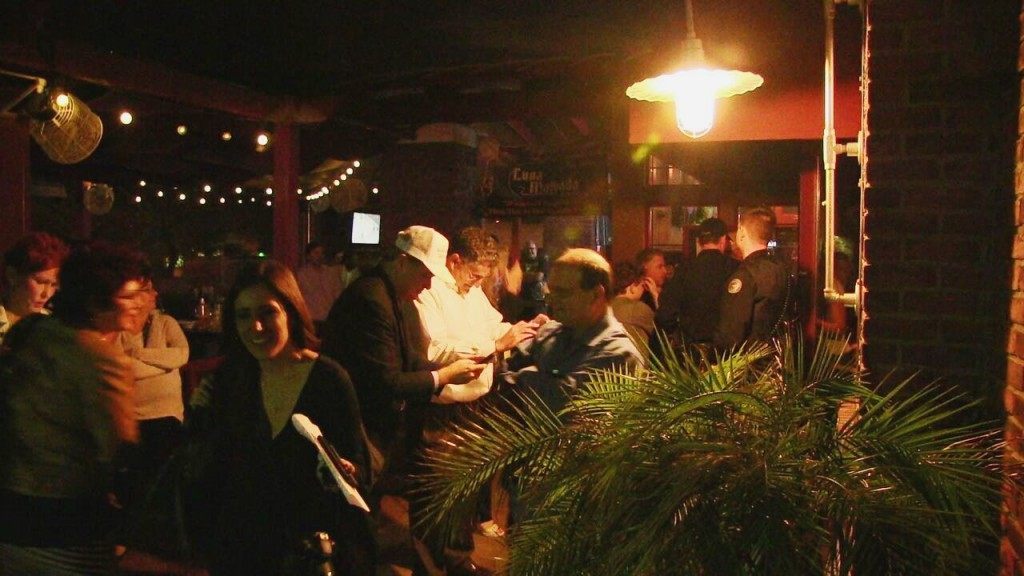 Time to pay the bills after conservatives find out they are not welcome. (Photo: Breitbart News)

No longer welcome, the large Breitbart crowd began paying their bills and congregating just outside the establishment. Before most of the crowd could conclude their business with the venue, both Phoenix and Scottsdale police departments arrived on the scene and a police helicopter began circling overhead shining a spotlight on the crowd. A PA system on the chopper began to demand that the crowd disperse. 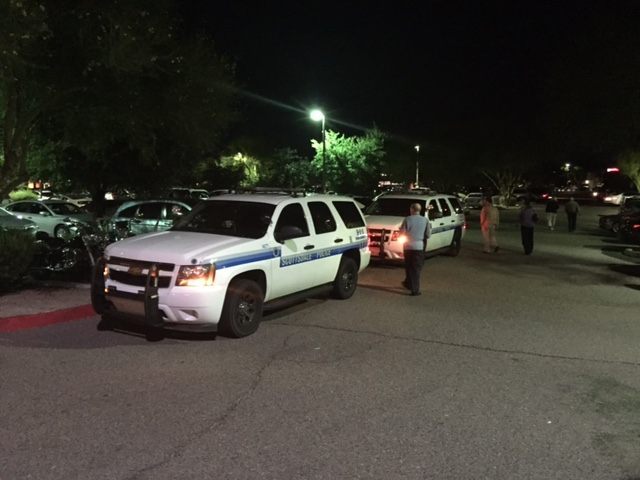 “It was outrageous,” one of the attendees, Kris Hall, told Breitbart News. “They (K O’Donnell’s) had a packed house on a Wednesday night and they were willing to anger all of us because they got a couple of complaints about the very respectful things the Breitbart team was talking about, Give me a break!” 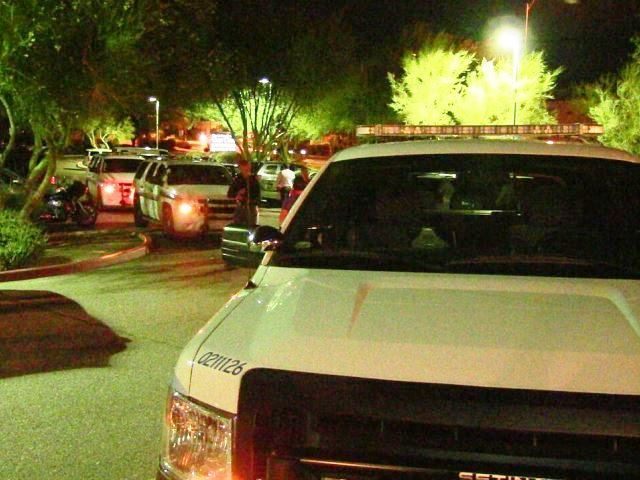 Much of the group walked across the parking lot to the Scottsdale Gun Club where there was a lot of conversation and disbelief over what had just transpired. “I can’t figure out why they would do that,” one person was heard saying. “They (K O’Donnell’s) are a gun friendly bar, you’d think they wouldn’t have a problem with the message.”

The crowd refused to let the ridiculously large police presence and the helicopter dampen their spirits. If anything the night’s events only served to strengthen the resolve of those in attendance. “This just goes to show what happens when you say the word God,” Matthew Burke told Breitbart News. “They tried to silence us but instead they made this event a HUGE success and a night none of us will soon forget.”

The following are comments from some of the attendees from the Meetup.com event page.

Well, I’ve finally seen a “black helicopter ;-)” Actually, it was a police chopper and I have no idea what color it was, especially since it was blinding us with a stoplight.

This was a great demonstration of what is going wrong in our country. There was no disturbance at all, and we weren’t even asked to leave. The mic feed was cut and we eventually found out that the management had done it because one customer had complained about the content of the speeches. Then the police showed up, looking as puzzled as we were. Not only was SPD called, but Phoenix PD also sent a couple of cars, and one or the other agency sent a chopper which was shining its spotlight on this group of calm but rather surprised people.

A bunch of us wandred over to in front of the Scottsdale Gun Club and chatted for a bit, and then we ended up at the Skeptical Chymist. Good group, and a good learning lesson for anyone who didn’t already know how bad things have gotten.

The event started out fine. After things got going, apparently one of the non Breitbart customers got offended over the content of the program and complained to the management. The manager claimed they were attacked and threatened by someone in our group, so they called the police claiming 200 unruly patrons. I personally spoke to the sergeant who responded with the other numerous officers and the Phoenix PD helicopter and he was so apologetic after realizing it was all about nothing. Had the manager actually been assaulted and threatened don’t you think someone would have been arrested? Obviously they lied. Otherwise I met some really nice people and look forward to the next event. Hopefully no police next time or uninformed liberal idiots.

Event was great! Can’t wait for next month. BTW, the venue K O’Donnell blew a great opportunity to host many future events by cutting off the mic and calling the police because someone didn’t like the discussion of the 2nd amendment and immigration. Bad move IMO! I won’t be returning to that establishment. Thanks Darby and AWR for firing us up!

Other attendees claimed they posted reviews on the Yelp page for the establishment. Many reported their “negative reviews” had been taken down. More comments can be seen on the Meetup.com event page.