Florida Gun Supply has joined with S.W.A.T. Firearms to develop and manufacture The Peacemaker JFM15 with the words from Matthew 5:9, “Blessed are the peacemakers, for they shall be called the children of God,” engraved on the right-hand side of the gun’s lower. 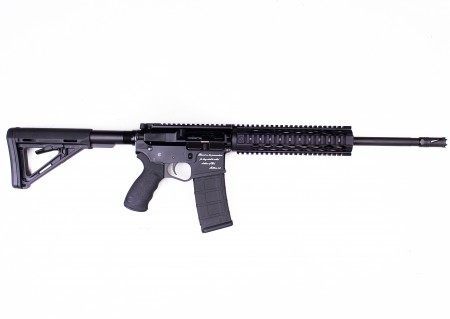 According to Florida Gun Supply, The Peacemaker JFM15 is designed to be “the ultimate counter jihad device.”

Florida Gun Supply put it this way, “Contrary to what the biased media and the liberal leaders of our country want you to believe, those of us that own AR15s don’t own them because we want to start a war. We own them to prevent one.” And they explained that The Peacemaker JFM15 has Matthew 5:9 engraved on the side of the lower to serve as “added discouragement for a Jihadi to pick up this AR15 (in case the pig fat oil isn’t enough of a reason),” to serve “as a reminder to American Patriots that America was founded on Christian values,” and to inspire “American Patriots to remain Peacemakers, not militants.” 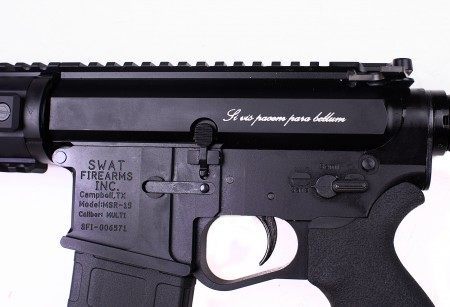 The rifle comes with a 30-round magazine, a Magpul MOE stock, ERGO grip, hard case, gun lock, and a bottle of Liberal Tears Gun Oil.

On July 21—less than a week after Mohammad Youssef Abdulazeez allegedly shot and killed four Marines and a Sailor in Chattanooga—Florida Gun Supply declared their store a “Muslim-free Zone.” At that time, store owner Andrew Hallinan told CNN said he wanted to “[start] a conversation about the political correctness that has become overly extreme here in the United States and [is] causing loss of life that we could prevent if we looked at Islam for what it is.”