HOUSTON, Texas — Nearly 100 DREAMers took to the streets in front of the Harris County jail calling for an end to detention and deportation of criminal illegal aliens. The crowd chanted protests against President Obama and local sheriffs for “colaborating” with Immigration and Customs Enforcement (ICE) officials to deport aliens and separate families.

The protest was put on by United We Dream, a national youth organization which appears to be pushing for the end of all detention and deportation of illegal immigrants, including criminal illegal aliens. While the group claimed to be about not separating families, their protest did exactly that. Originally scheduled for a Saturday protest, the Harris County jail was forced to suspend family visitation to jail inmates. Then when the group re-scheduled the protest to Sunday because of rain, the family visitations had to once again be suspended for security purposes. 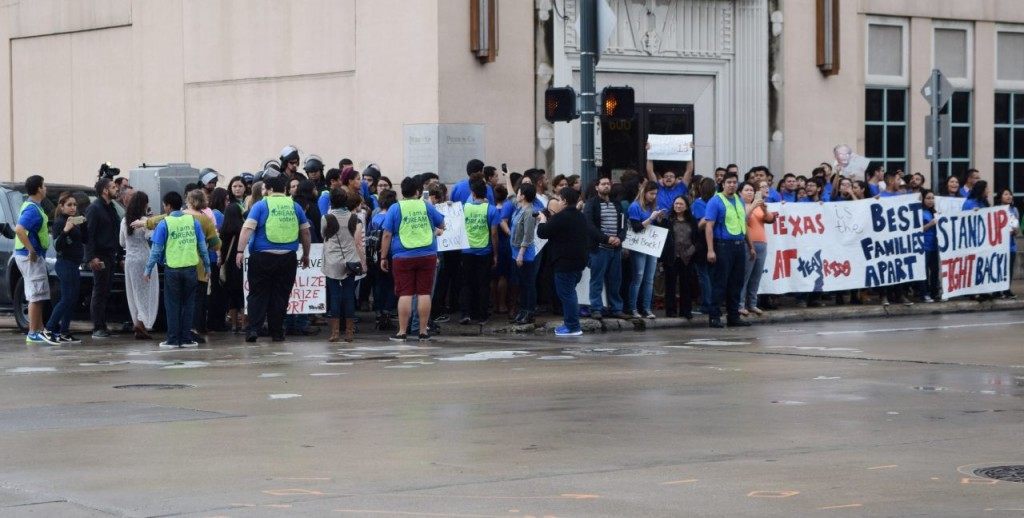 The crowd, estimated by police as between 50 and 100 protesters, marched up to the front of the Harris County Sheriff’s Office administration building and jail. At one point the protesters illegally blocked the street by performing a “die-in” where protesters laid down in the streets as if they had been killed.

The sheriff’s deputies quickly and peacefully regained control of the situation and moved the protesters along their way. They stopped at various points along the sidewalks to stage more “die-ins” and to chant. 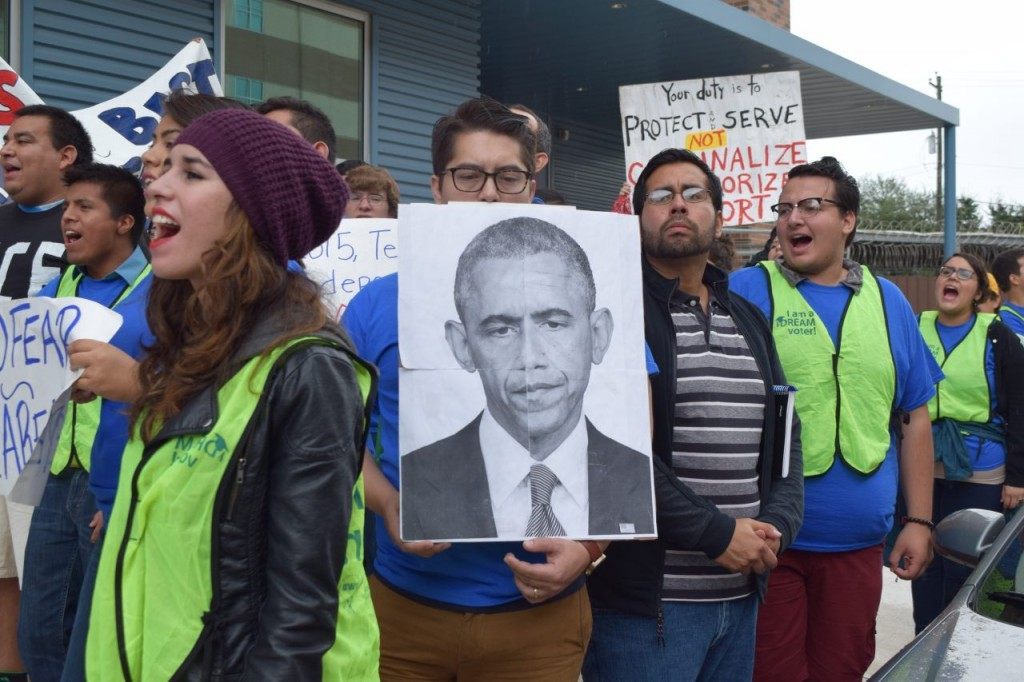 The protesters said they were there to protest against President Barack Obama, Governor Greg Abbott and former Sheriff Adrian Garcia, now a candidate for Houston mayor. They claimed that Garcia had collaborated with ICE through the use of the ICE 287(g) program that allowed ICE officials to operate inside the county’s jail system.

They marched through the streets chanting “Undocumented, Unafraid” and “Up, Up with liberation. Down, Down, with deportation.” At the end of the protest, they stood in front of deputies at a second jail facility and danced while shouting “I believe that we will win.”

They claim that more illegal immigrants are deported from Texas than any other state. They also claim Texas has the most border deaths and detention facilities.

The group did not mention the large number of deaths in Texas occur because of the drug cartels disregard for human life in their smuggling operations. In 2014, Customs and Border Protection (CBP) reported 186 deaths in Texas. The majority of those came in the Rio Grande Valley sector. Many of those were the result of illegal immigrants being abandoned by smugglers in the killing fields around Brook County, 80 miles north of the Texas/Mexico border. The bodies of nearly 40 people have been found so far this year, according to Brooks County Chief Deputy Benny Martinez.

For Fiscal Year 2015, ICE deported more than 22,000 illegal aliens, according to a CBP report. That represents nearly 25 percent of U.S. deportations nationally. 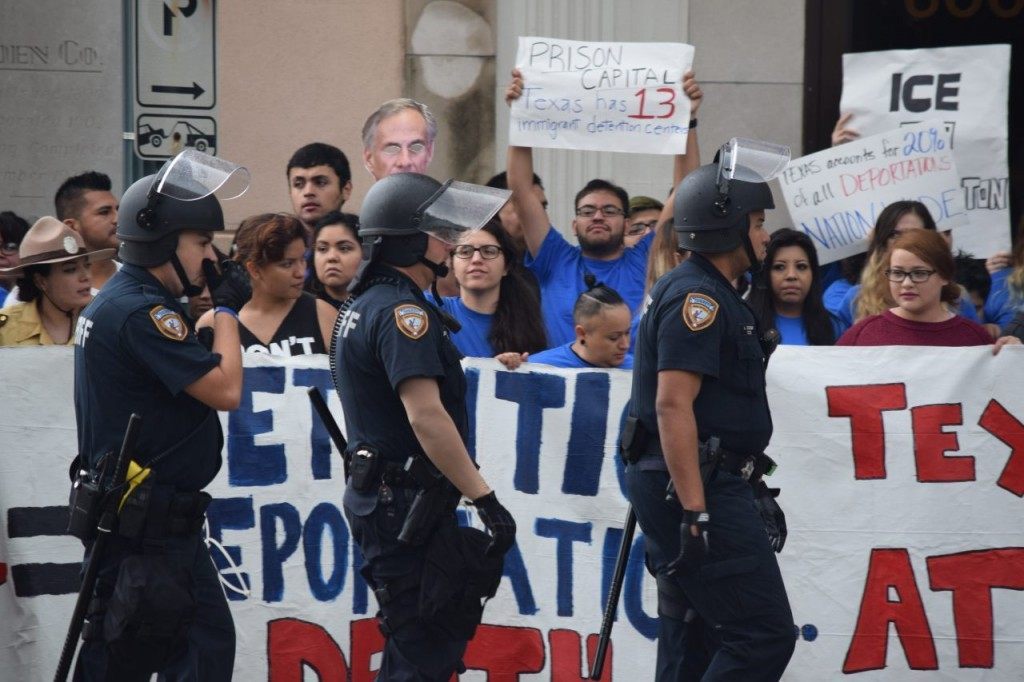 The group falsely claimed that illegal immigrants are being detained and deported from Harris County having committed no other crime after entering the country illegally. A spokesperson for the group was not able to cite any example of this.

Like many open border advocate groups, United We Dream could not seem to differentiate between criminal illegal aliens and other people who have simply entered the country illegally without committing any post-entry crimes. They could not distinguish between a rapist, child molester, or other violent criminal, and person who entered without inspection but never committed any additional crime.