Next week, three young black women will stand before a Philadelphia judge for savagely beating a homeless white man to death with a hammer and a chair leg last April, all because the 10-year-old son of one of the women lied and said the homeless man struck him.

Not only did the women participate in the murder; they brought three children age 12, 13, and 14, to aid them in their savagery.

After Aleathea Gillard’s ten-year-old son, who pumped gas for tips at a Sunoco station, came home late one day, having fallen off his bicycle, he lied to his mother and told her the injury was caused by a blow from Robert Barnes, 51, the homeless man who also pumped gas for tips at the station. On April 7, Gillard, Shareena Joachim, and Kaisha Duggins, accompanied by the young teenagers, returned to the gas station to take their revenge.

Video (posted below) from a surveillance camera reveals a minivan entering the gas station parking lot, and the three adults and three teenagers assaulting Robert Barnes just outside the door of the convenience store. According to police, Duggins bludgeoned Barnes with a hammer, causing him to fall on the ground; Gillard followed by beating him savagely with a chair leg. Joachim tried to pepper-spray him but accidentally sprayed Gillard’s 13-year-old son, prompting the group, some spattered with blood, to flee to a hospital emergency room after they made their getaway. They were arrested there.

Diane Barnes, Robert’s sister, told the Daily Beast that she recognized the victim when video of the attack was shown on TV because her brother was wearing boots she had given him. She stated that her brother was still conscious when paramedics arrived:

He told the ambulance driver that he was just jumped by five black girls and beat with a hammer, so he knew what happened to him. And then when he was brought to the hospital that’s when he fell unconscious from bleeding on the brain. At that time they raced him into surgery and removed a great portion of his skull to alleviate the pressure, and of course when I went in to see him, I just lost it.

Barnes lay in a medically-induced coma at Einstein Medical Center for 18 days, dying on April 25. 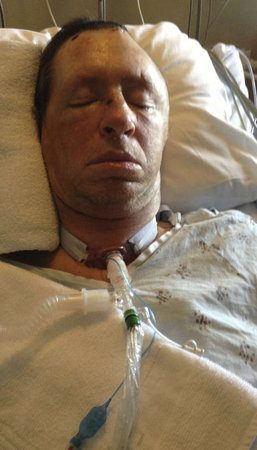 In June, the three teenagers pled guilty to charges of aggravated assault and conspiracy, in exchange for the DA’s dismissing attempted murder charges. But the DA has stated that homicide charges are now also probable for the teens.

Monsignor Kevin Lawrence, who officiated at Barnes’ funeral, said, “When he did have an apartment, he was always quick to open the door to people who had greater needs.”

Robert Barnes’ mother Roseann asked, “How could you possibly do something like this, instead of asking for the truth? I knew from the beginning that he didn’t hit that kid. He’s never hurt anyone.”

Barnes, an alcoholic, had a reputation for mouthing off, according to his family, but never violence. Diane Barnes said:

When he drank he could be mouthy, but he was harmless. He would never hurt anybody, he would never hurt a child, he just ran his mouth sometimes. I don’t know whether he said something they didn’t like, maybe he urinated on their property, he did a lot of that over there, you know. I don’t know… they only lived a block away. You could tell they went there with a lot of anger inside them. They just didn’t give a shit, these people, I mean, it’s obvious. The cameras were right in their view and they didn’t care.

I want this mother that did this, I want her to get the death penalty. I really do, I just think it’s terrible what she did, she brought all those people down with her, she initiated it all. And you know, she went there equipped with everything she needed to do this. She knew my brother, she knew him well, they all knew my brother.

Diane Barnes created a fundraiser for her brother’s funeral, but said she wants to raise additional money for another worthy cause: “We’re going to work with Payless Shoes and purchase a ton of work boots and donate them to a homeless shelter.”