Newsweek is still around in some form and still disguises itself as an unbiased, objective news outlet. This tweet comparing  Ted Cruz’s supporters in Iowa to Nazis from Newsweek senior writer Alexander Nazaryan’s verified Twitter account, is just another example of how much the DC Media despises conservatives. 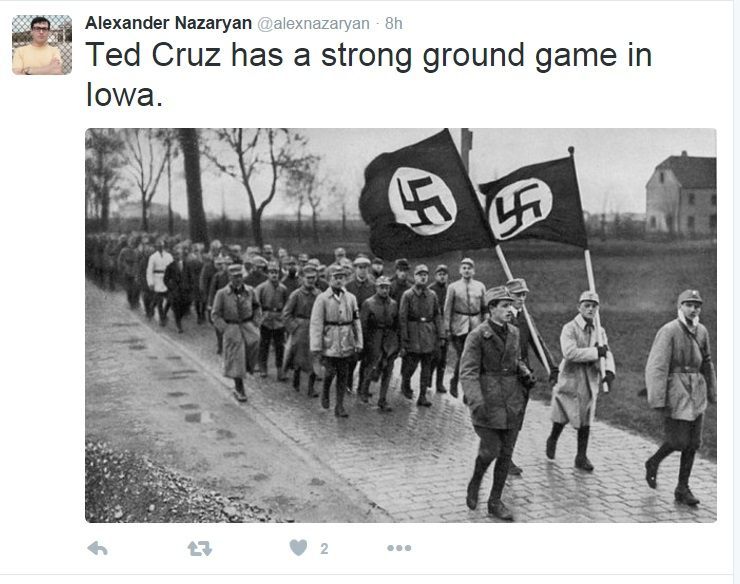 As I’ve said before, if there was a big red button that would immediately kill every conservative in America, the only fight among the DC Media would be who gets the honor of pressing it.

UPDATE: Nazaryan digs in deeper. Although, he deleted the above Tweet, he explains that not all Cruz supporters are Nazis: