Beck posted the following to his Facebook page, which included a link to this article on Pierson. 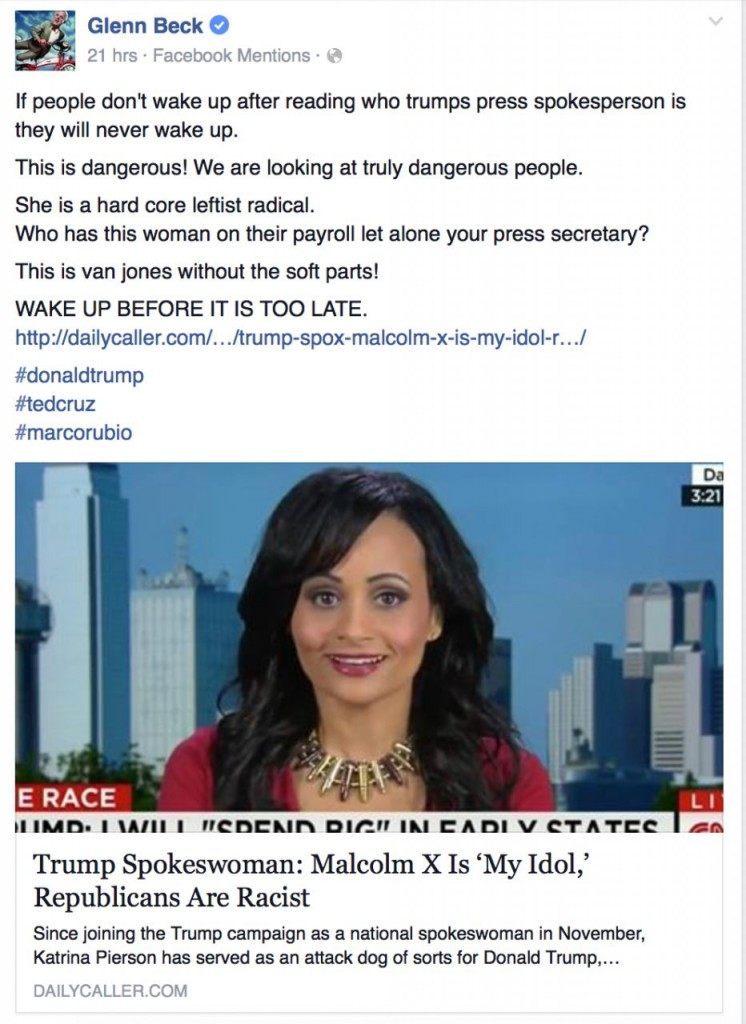 I agree with Ted Cruz.

That was just two years ago. Katrina Pierson was challenging Pete Sessions for Congress.

I also agree with Ted’s dad, Rafael Cruz, who said of Katrina, “She’s a strict constitutionalist. She’s a strong conservative and she wants to do what’s right.”

I also agree with Glenn Beck who introduced his radio audience to Katrina this way:

“Katrina Pierson is running against Congressman Pete Sessions here in Texas… To call Pete a massive disappointment is a massive understatement. And you should get to know Katrina. Ted Cruz, who doesn’t throw these things around lightly, called her an utterly fearless principled conservative, which I think is about the highest praise you could get from Ted Cruz.” (Source: glennbeck.com)

Today, a conservative blogger pieced together snippets of some of Katrina’s past statements–some of which apparently from a fake twitter account–to build a case that Katrina is actually a radical leftist.  In elections, even good people often lose their minds.

But Glenn Beck took to Facebook to pile on Katrina. Without bothering to check the validity or context of the piece, he labelled Pierson “dangerous.” And that’s a shame, because Glenn once had something to offer. Like when he gave Katrina a platform in her 2014 race against the “disappointing” Pete Sessions.