Nazarian was on campus and using Periscope to broadcast her coverage of the event. The video is below.

I was videotaping the procession of the Black Student Union and one woman noticed me making a video of the event. She approached me, and said, “I will beat the piss out of you.” She approached me, and she shoved me, and then she tried to push my iPhone down. And then the lead organizer, carrying a cone megaphone, noticed the confrontation and came back towards me and hit my phone with his megaphone. The front of the cone, at bottom, was pushed in by the force of the impact. He then shoved it in my face and kept screaming at me.

Nazarian’s video captures the faces of the individuals who assaulted her: 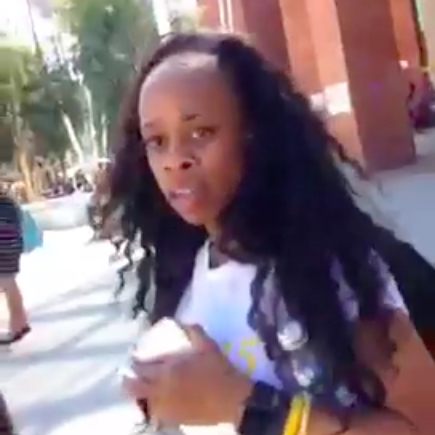 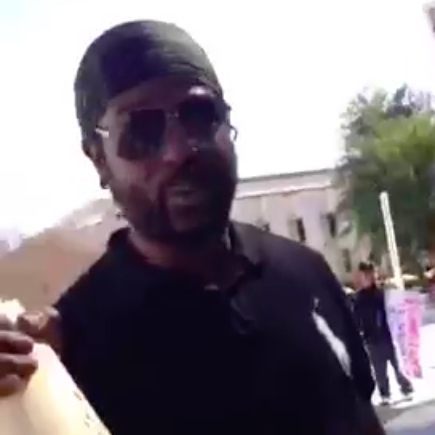 The university had initially decided to cancel Shapiro’s lecture, but issued a statement Thursday indicating that it would allow the event to proceed:

Author Ben Shapiro was invited to speak this afternoon at Cal State LA by the Young Americans for Freedom, which is a registered student organization. The event, “When Diversity Becomes a Problem,” was funded by the Associated Students, Inc., the student government.

Leading up to the event, there were a number of emails and social media posts that caused concern for the campus community. Given threats and expressions of fear, President William A. Covino proposed a rescheduled event that would be civil and inclusive, and in which Mr. Shapiro and speakers with other viewpoints could offer their perspectives in an organized forum.

“My decision was made in the interest of safety and security,” Covino said. “I am disappointed that Mr. Shapiro has not accepted my invitation to speak in such a forum. He has indicated that he will come to Cal State LA to speak today at the University-Student Union Theatre, where he was originally scheduled to deliver his talk,” Covino told the University community Thursday morning.

Covino added: “I strongly disagree with Mr. Shapiro’s views. But if Mr. Shapiro does appear, the University will allow him to speak. We will make every effort to ensure a climate of safety and security.”

Update: Nazarian was assaulted again inside: