A meeting agenda of the “Shut Down Trump Coalition” obtained by Breitbart News gives unique insight into how the left is aiming to disrupt the New York Republican Gala at the Grand Hyatt in Manhattan.

The document, titled “Shut Down Trump Coalition Agenda 4/12,” walks through several bullet points including asking the organizers to “Report Back From Monday Fight For 15 Meeting” and to “Clarify Permit Situation.” Apparently, according to the document, a different group–International Action Center–“has permit.”

There was also “Report Back from Marshals Meeting,” bullet point, suggesting a higher level coordination happened at this meeting between various other local organizers.

The document then calls to “Review/Assign Roles and Plans for Thursday,” and specifically lays out how they want to “Review/refine” their “General Plan.”

The document also lists out that they need “medics” and “jail support” for the protesters, and notes they also need to figure out who their “media point people” and “police liaison” are.

It also says specifically that the protesters should exercise message discipline by telling people they are “Not here to support Hillary or Bernie” and calling for them to “Connect Trump and his rhetoric to Police brutality/Akai/ICE/Deportations.”

Separate flyers in English and Spanish promoting the protests obtained by Breitbart News purport to be donated by “labor.” 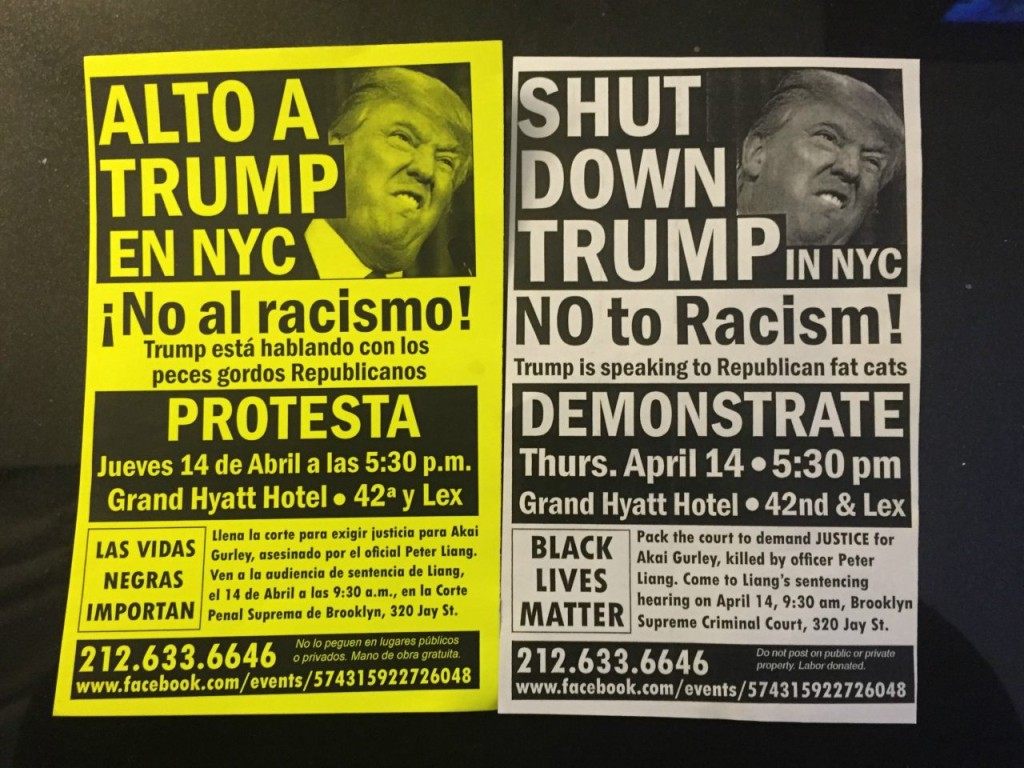