The Sunday New York Times‘ “curious editorial decision” to publish a photograph with a confederate flag to accompany an article on presumptive Republican nominee Donald Trump’s appearance with Rolling Thunder in Washington, D.C is making headlines. 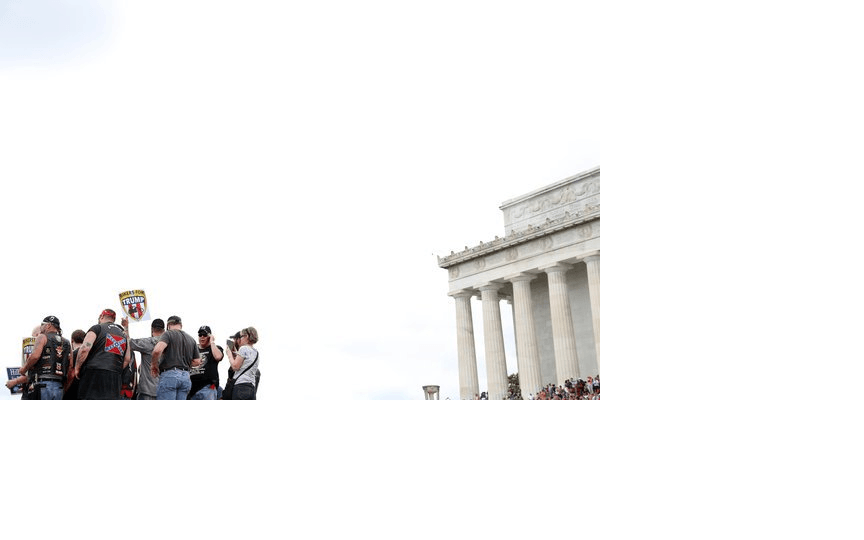 Mediaite reports the article said Trump spoke to an “incongruous constituency” and notes the image the Times selected was “one with a Trump-supporting biker with the Confederate Flag patched on the back of his jacket.”

The picture’s use has some interesting connotations for several reasons, one of which being that the Times brought up how Trump was upset that yesterday’s event wasn’t big enough to replicate Martin Luther King Jr.‘s March on Washington. The Confederate Flag is still seen by many as pro-racist symbol, and between this and Trump’s hesitation to denounce his white supremacist supporters in the past, it throws water on any desire to make a comparison to MLK.

Another factor worth consideration is that the Times decided to go with the picture of the flag when there were many images from the rally for them to choose from. In fact, we reviewed coverage from several different mainstream media outlets and we didn’t find anyone else featuring an image with the Confederate Flag. Trump’s event received a great deal of media coverage as per usual, and even though the Times‘ flag picture isn’t blown up or exceptionally blatant, there were plenty of pictures available where the controversial image is not seen.

Finally, it does bear mention that the New York Times has faced enormous friction when dealing with Trump in the not so recent past, especially when their coverage has turned negative or problematic for him. It was just two weeks ago when the Times was accused of writing a hit piece on Trump’s relationship with women. Donald Trump has repeatedly gone to war with the venerable newspaper including taking to Twitter to criticize their coverage.

The coverage also highlights the Times‘ depiction of Trump’s complicated relationship with veterans.

The Associated Press, Getty, AFP, and Reuters photographers don’t have prominent confederate flags in their photographs, according to a review by Breitbart News photo editors.