CLEVELAND, Ohio — Former Virginia attorney general Ken Cuccinelli has emerged as a political casualty of his failed effort to rebel against Donald Trump on the convention floor in Cleveland in 2016.

Breitbart News learned that Cuccinelli, a diehard Ted Cruz supporter, spoke at the convention’s Rules Committee hearing late last week in favor of a “conscience” voting provision that would have un-bound Trump’s pledged delegates on the first ballot. Cuccinelli was also involved in pushing Monday to stop the Rules Committee’s package from being adopted on the convention floor.

But that last-minute rebellion was squashed easily with two voice votes by all the delegates in Cleveland. The #NeverTrump movement has no remaining recourse to change the rules at this point to rob Trump of the nomination.

Breitbart News has extensively reported on various #NeverTrump plots to broker the convention — some of which were directly engineered at state-level delegate elections by the Cruz campaign — but all efforts ultimately failed, and the will of the primary voters will be recognized in Cleveland.

Ted Cruz’s best friend, Utah Sen. Mike Lee, spoke at the Rules Committee hearing last Thursday but does not appear to have participated in the last-minute push to throw out the rules on Monday.

The last-ditch rebels include “Free the Delegates” leader Kendal Unruh of Colorado and Steve Lonegan of New Jersey.

Cuccinelli was first elected to the Virginia state senate in 2002 and was elected Attorney General in 2009. He lost to Clinton ally Terry McAuliffe in the 2013 Virginia gubernatorial race by more than two percentage points. 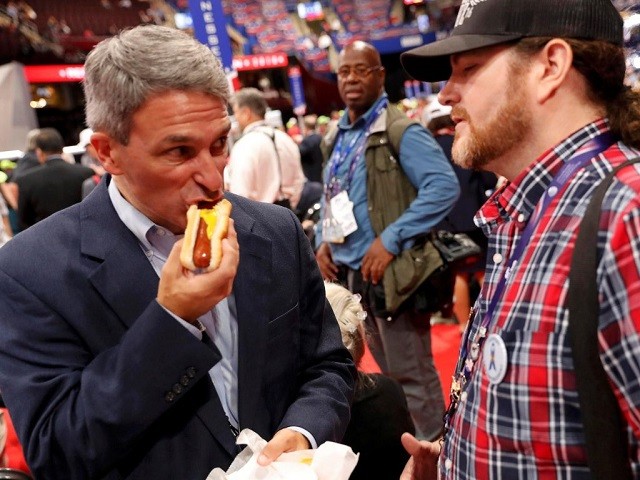 Cuccinelli did not answer repeated requests for comment for this political obituary.