PHILADELPHIA, Pennsylvania — The Democratic National Convention officially begins at 10:00 a.m. on Monday morning, and the first event is a series of racial gatherings. Delegates who belong to various racial and ethnic “caucus” groups will gather separately to determine their joint interests and goals for the convention as a whole.

It is a uniquely Democratic Party spin on the national motto of “E pluribus unum” — “from many, one.” 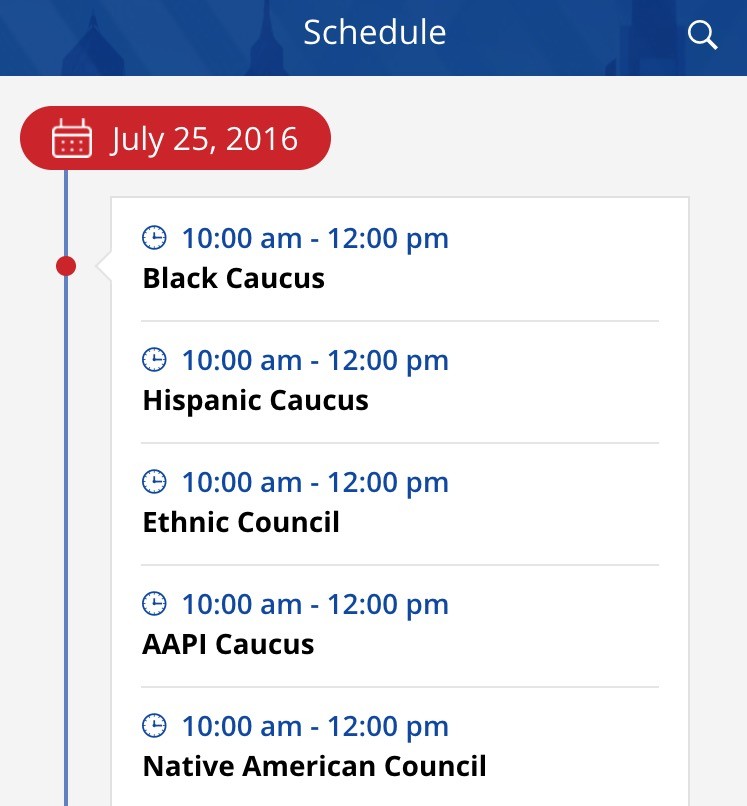 According to the official schedule, the groups include the Black Caucus, the Hispanic Caucus, the “Ethnic Council,” the AAPI (Asian-American and Pacific Islander) Caucus, and the Native American Council.

Later, starting at 12:00 p.m. and running through the mid-afternoon, other, issue-oriented interest groups will gather, including the Disability Council, the Small Business Owners Council, the Veterans and Military Families Council, the Labor Council, and the Faith Council.

Over the past several decades, the Democratic Party has increasingly seen itself as a set of interest groups, or ethnic and racial voting blocs, held together by shared common interests and ideals. With Hillary Clinton as the presumptive nominee, struggling to unify the party in the wake of the Wikileaks email scandal, the main common interest is simply defeating the Republican Party.

The scandal forced the resignation of DNC chair Debbie Wasserman Schultz, who will gavel the convention in and out but otherwise be “quarantined” in Philadelphia, and who will leave her post at the end of proceedings, to be replaced by former CNN commentator and Clinton administration veteran Donna Brazile.

The slogan “Love Trumps Hate” is one of the Clinton campaign’s messages, and adorns some decorations at the convention.