“Move along. No misogyny to see here, folks,” she snarked on Twitter Friday, highlighting the words “Men’s Tee” on an item in the Donald Trump campaign store. 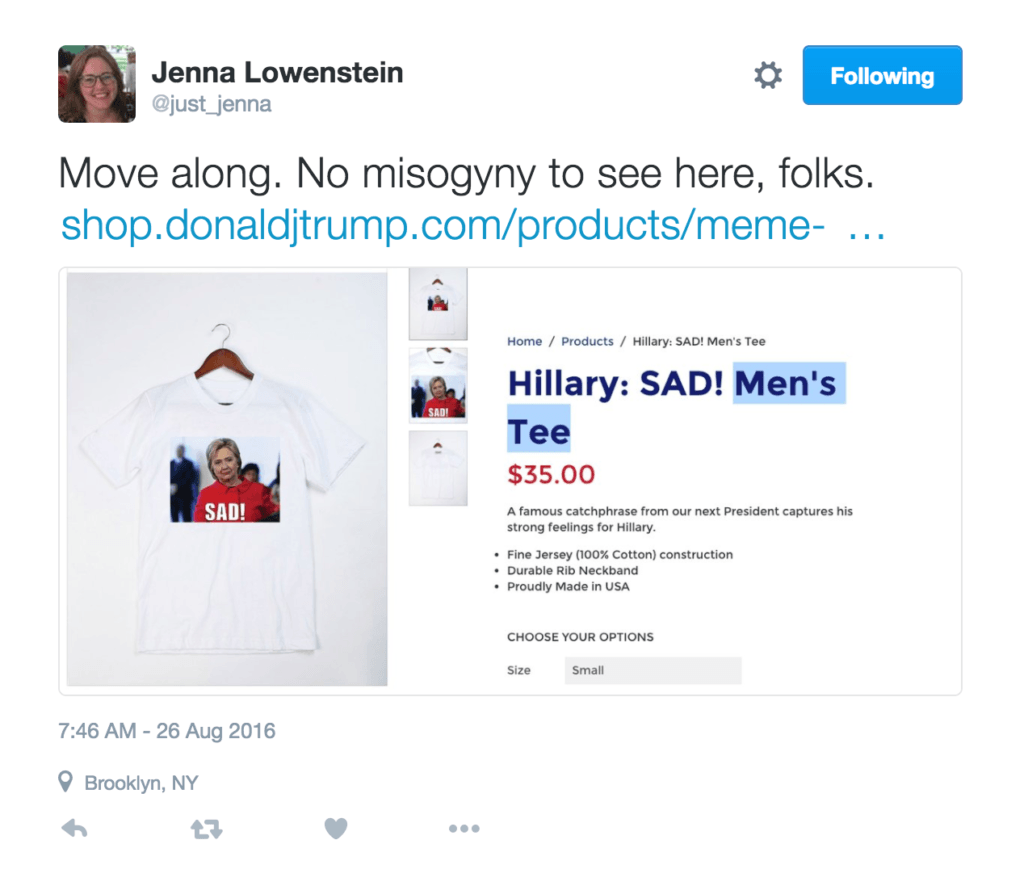 The t-shirt featured a photo of a Clinton meme with the word “SAD!” pasted on the shirt (proudly made in the USA.)

It is unclear why Lowenstein decided to delete her tweet promoting Donald Trump’s merchandise.

Lowenstein, a member of Hillary Clinton’s “squad” has previously worked for the pro-abortion organization EMILYs List as well as Gov. Terry McAulliffe’s campaign.