The opinion and news site, once a curiosity of the fringe right wing, is now an increasingly powerful voice, and virtual rallying spot, for millions of disaffected conservatives who propelled Donald J. Trump to the Republican nomination for president.

On Thursday, the site received its biggest billing yet — in the form of a scathing condemnation. In a nationally televised speech, Hillary Clinton identified Breitbart as the Democratic Party’s media enemy No. 1, warning about a “de facto merger” between the Trump campaign and a news outlet that she described as racist, radical and offensive.

“I’ll play it cool, but not that cool: It was a big moment,” the site’s editor in chief, Alexander Marlow, 30, said in an interview on Friday. “A major presidential candidate engaging us like that, and calling us out directly, was quite thrilling.” 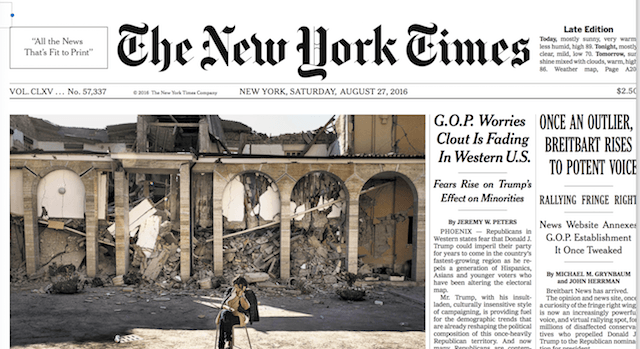