“Obama is not patriotic enough to be our president. His father was a Muslim and he grew up in the world’s most populated Islamic country,” read the question for voters. “At a recent public event he didn’t cover his heart during the national anthem and he has also recently stopped wearing an American flag pin.” 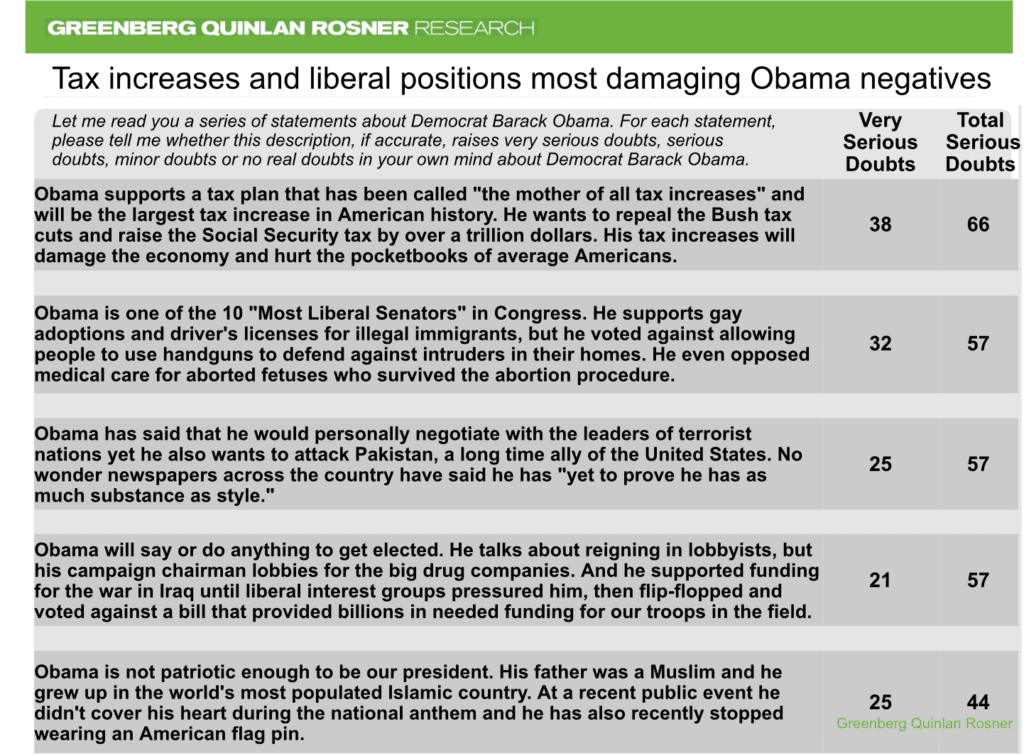 Obama announced his run for president in January 2007, but ran against Hillary Clinton until he claimed the nomination in June 2008. 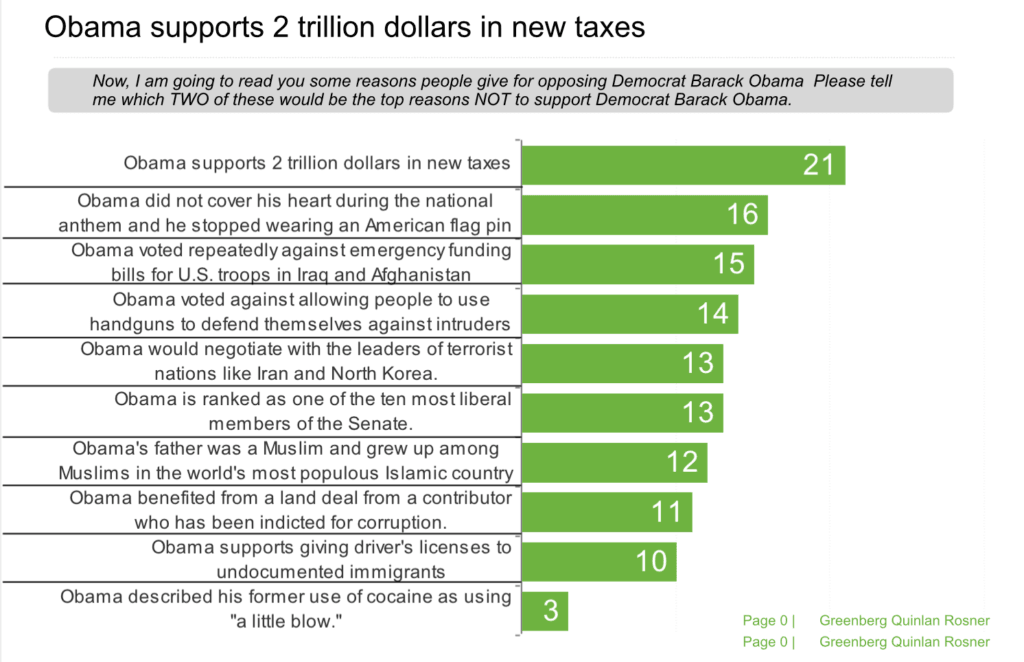 The powerpoint was attached to an email sent to Podesta, publicly released by WikiLeaks.

In a statement to the New York Post on Thursday, Begala said that the polling was part of his work in the Progressive Media USA Super PAC.

“That was a draft poll questionnaire that tested potential right-wing attacks on Obama, to help prepare to defend him,” he explained, adding that “I had no role in the 2008 Clinton campaign.”

Begala is a long time Clinton ally after serving as the chief strategist for the 1992 presidential campaign and worked with Podesta, the former Chief of Staff for Bill Clinton.

Prior to the poll, the group discussed adding negative Obama points into the survey.

“We’ve reworked the Obama message into the survey, as requested. But on the list of negative facts we need to cut ONE since we separated out gay adoption and his use of cocaine,” wrote Fuksa.

Begala insisted that Obama’s cocaine use needed to be isolated.

“I think gay adoption belongs with the ‘liberal’ hit on Obama, but ‘a little blow’ does not,” he wrote. “‘A little blow’ needs to be tested on its own.”

Hillary Clinton’s campaign used the cocaine attack against Obama in December of 2007, as Clinton strategist Mark Penn spoke about in on MSNBC. Clinton herself, apologized to Obama to reduce the damage to her campaign.

In February 2008, the photo of Obama dressed in Muslim garb was published by the Drudge Report. Obama campaign officials blamed the Clinton campaign.