With a little more than a week to go until Election Day, both campaigns are hitting the state of Florida hard as the polls begin to tighten. What was once as much as a four-point lead for Democratic presidential nominee Hillary Clinton has now swung in Republican presidential nominee Donald Trump’s favor by half of a percentage point according to the Real Clear Politics average.

Earlier in the day, Pence drew long lines across the peninsula in Cocoa, FL and an overflow crowd in the Orlando suburb of Maitland, FL.

Hundreds in just the overflow at @mike_pence rally in Florida for Trump-Pence ticket @realDonaldTrump pic.twitter.com/vROXHYAfHS

Pence has easily outdrawn his Democratic counterpart Sen. Tim Kaine (D-VA) in the Sunshine State for rallies. Last week, Kaine was able to draw a few hundred at an early vote event at Tallahasee’s Florida State University. However, he canceled another event that was scheduled in Sarasota later that day. 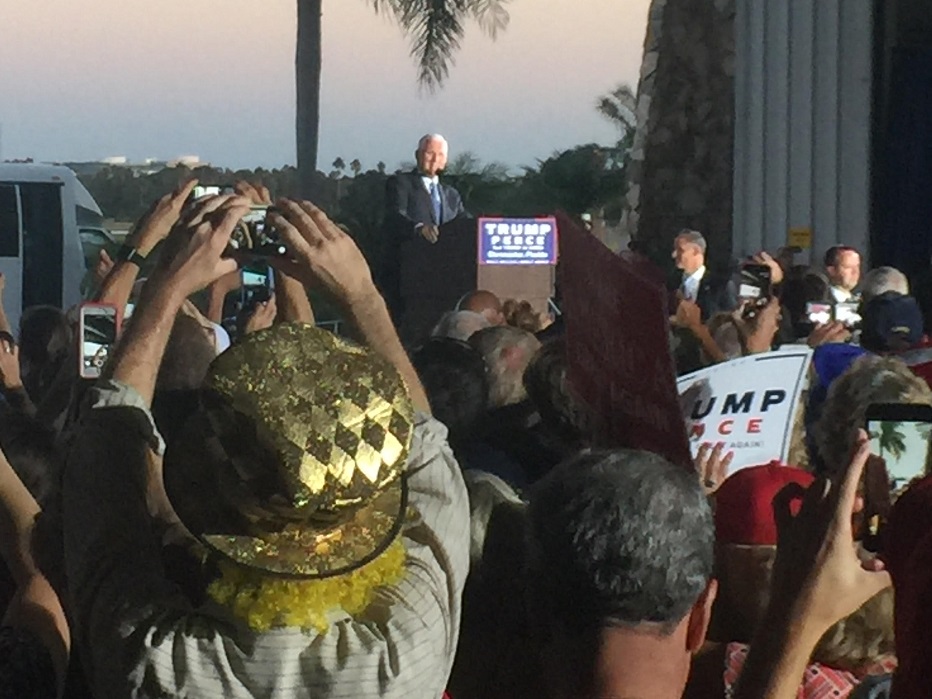 Enthusiasm appears to continue to be on the Trump-Pence side of the ticket. Across the bay in nearby Tampa, Trump drew a crowd of 20,000 by some estimates at the MidFlorida Amphitheatre. Clinton two days later was able to draw a substantial crowd for a rally at Tampa’s Curtis Hixon Waterfront Park, but not one that measured up to the size of the one Trump had.

Rallygoers were as enthusiastic as they have been for Trump at Pence’s Clearwater event, engaging in chants of “lock her up” and “drain the swamp.” 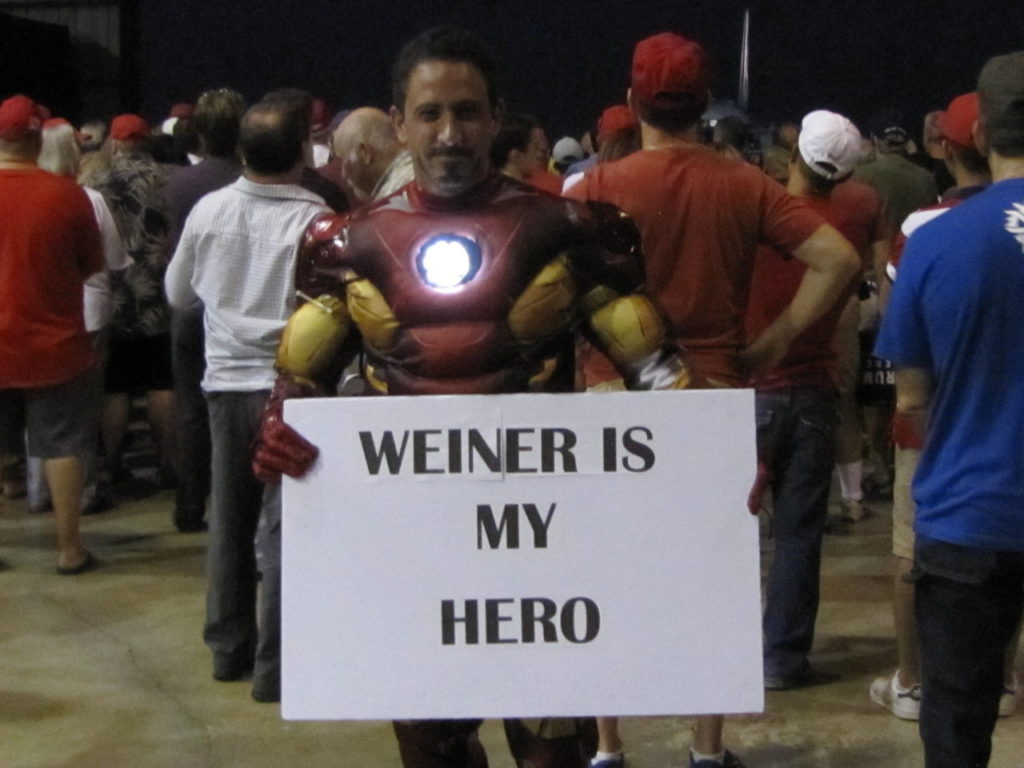 Although the momentum is on his side in Florida, the GOP nominee is making four stops later in the week in state. Trump will appear in Miami, Orlando, Pensacola and Jacksonville in the final days before the election. Clinton will also be touring the state with three stops scheduled — one in the Tampa suburb of Dade City, another in the Orlando suburb of Sanford and in Ft. Lauderdale on Tuesday.