MINNEAPOLIS, Minnesota — Thousands of ecstatic Trump supporters packed an airplane hanger at Minneapolis International Airport as Donald Trump made his most daring bid yet to flip a “blue” state to the Republican column. 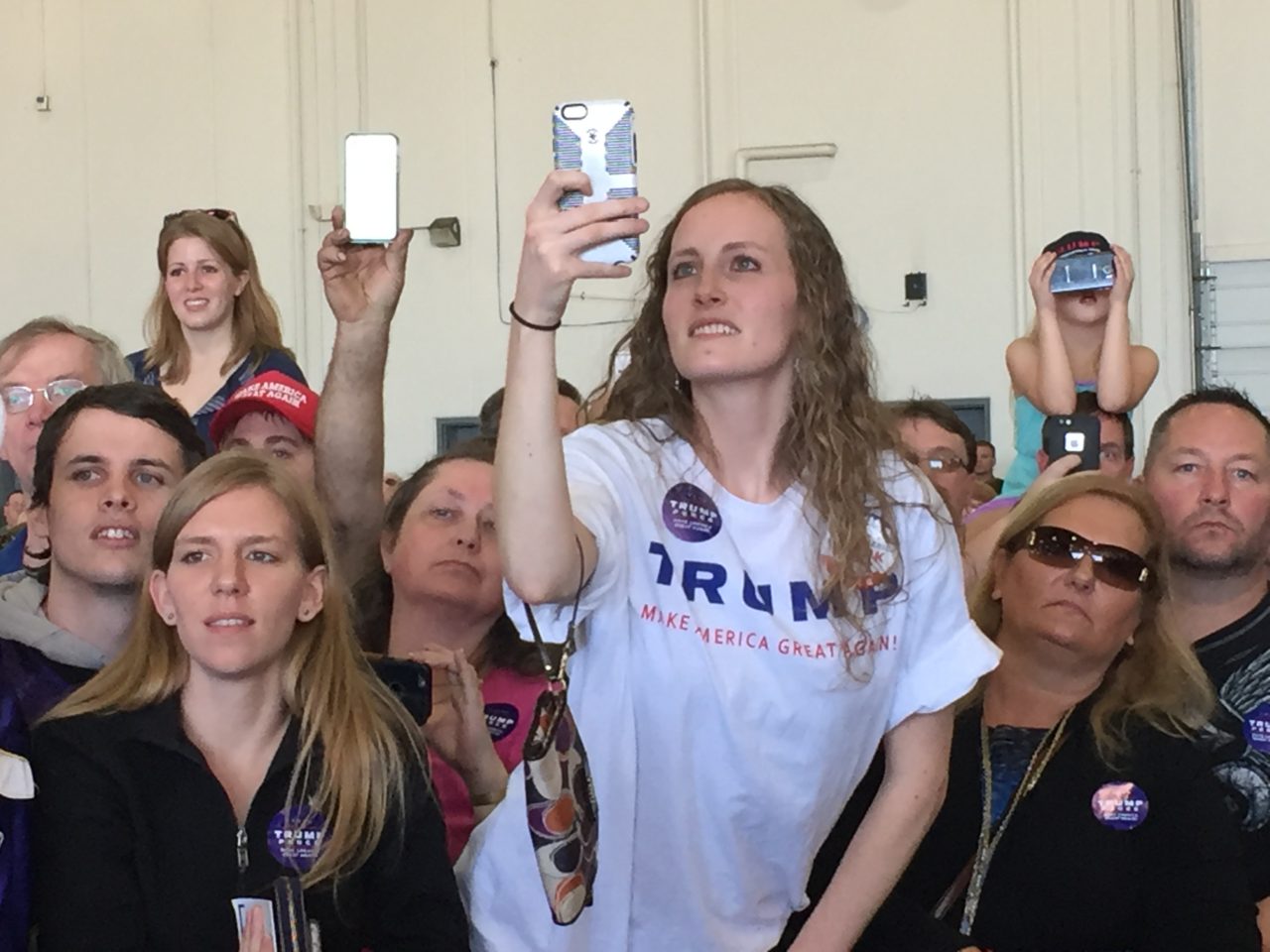 According to police, 5,000 people were allowed inside the hangar, but 17,000 had reserved for the event. Thousands gathered outside the fence — and more on the far opposite side of the airport, observing the event from a great distance, atop a dirt hill.

Trump arrived in his trademark style, landing in his private plane and taxiing to a halt directly in front of the crowd. To the sound of “God Bless the U.S.A.,” he descended the stairway and waved to the crowd from the stage.

People had told him, he said, not to visit Minnesota. “I took all kinds of heat,” he told the audience.

But, he said, “I love Minnesota!” And he told the audience that this election would be their best chance to achieve change in America. In four years, he said, it could be too late, because Democrats would have taken firm control of the Supreme Court.

Trump also reprised his attack on Obamacare, using a line from Minnesota that he has used frequently elsewhere, referring to the remarks of Democratic Gov. Mark Dayton: “The democratic governor of your state said, ‘The affordable care act is no longer affordable.’”

As Trump described the rise in health insurance premiums across the country, one man in the crowd shouted: “Help us!”

But the echo in the hangar was near-deafening, with most ordinary sounds — even Trump’s remarks from the front — drowned out by cheers.

“Why do I feel good about Minnesota?” he asked, to a roar.

Trump addressed the topic of Syrian refugees, in a state where a burgeoning immigrant population from the Middle East has included a small minority of radicals, some of whom have gone on to fight with terrorist groups against the United States.

He pledged: “A Trump administration will not admit Syrian refugees without the support of the local community.”

Fans inside were enthusiastic, and optimistic. 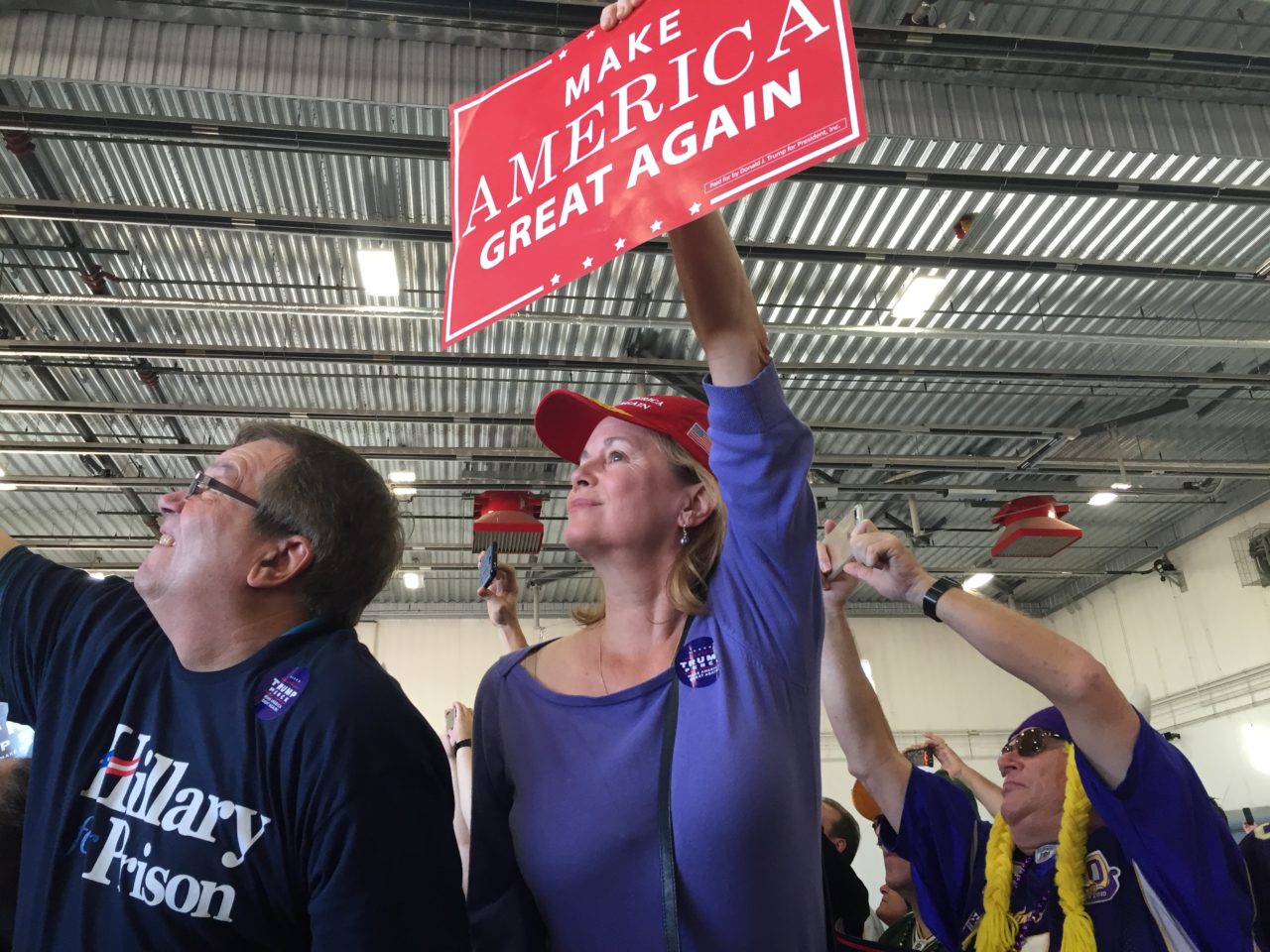 Melissa Buege, of nearby Woodbury, told Breitbart News that she was at the rally “to show support for Trump, to support my country, and to show my concern about the way we are headed.

“I want to do my part — being here, being aware, praying, and voting. I believe Mr. Trump is the man we need to support and to pray for.”

She said she was hopeful Trump could win the state. “Minnesota is a liberal state, and that is certainly a challenge, but I believe that a lot of people are becoming aware.”

Mike Kulhanek, 44, of Empire, Minnesota, held up a homemade “Mexicans for Trump” sign. 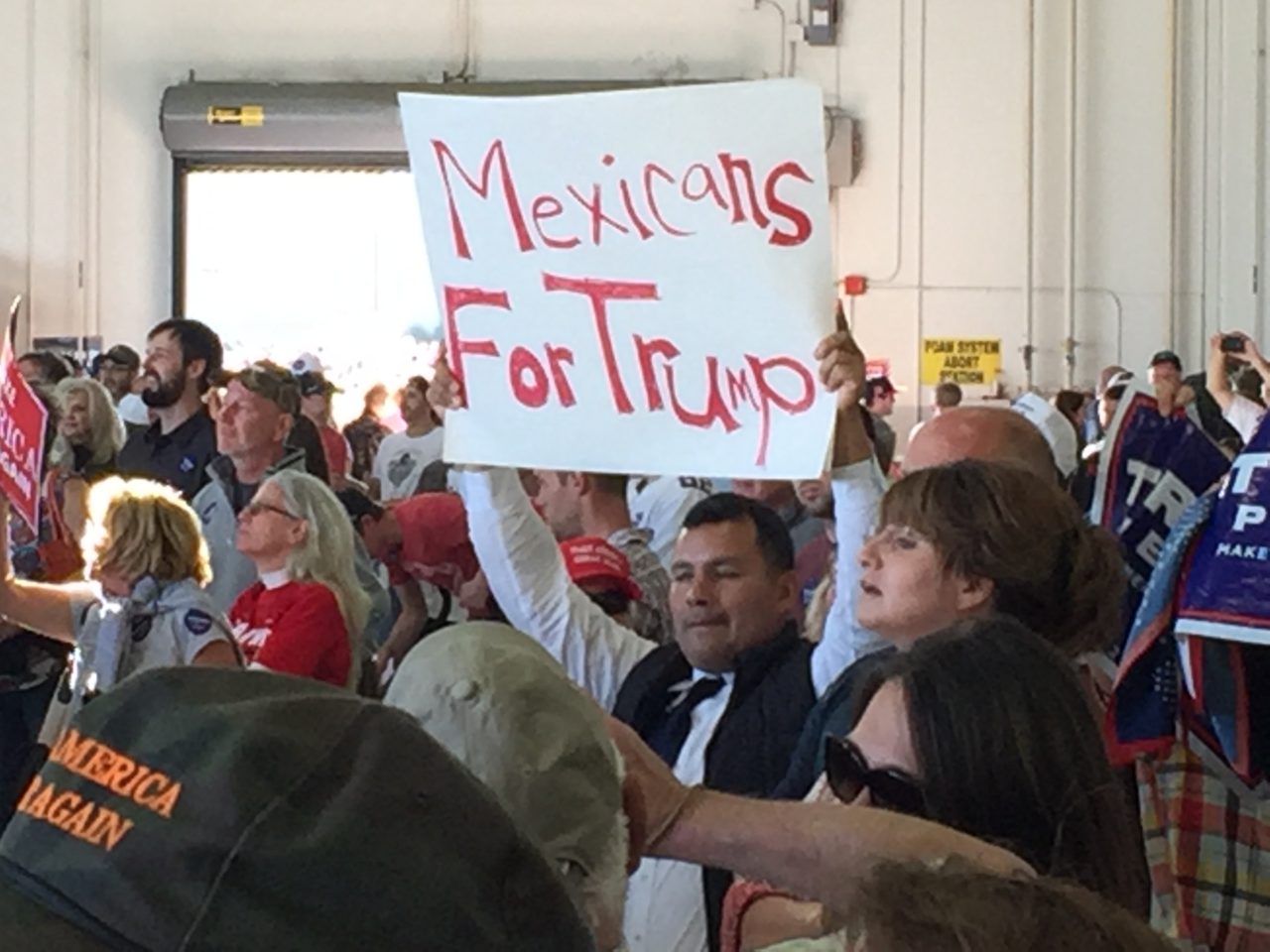 “I’m a a second-generation legal immigrant,” he said. “We need to have strong borders, for both Americans and for Mexicans.

“It’s better for Mexicans, because they risk their lives to get here illegally.”

He said that both Mexicans and Americans understood the problem, but “our political leaders are stupid.”

He said he had endured abuse from Hillary Clinton supporters. “They hate the idea of a Mexican for Trump.” 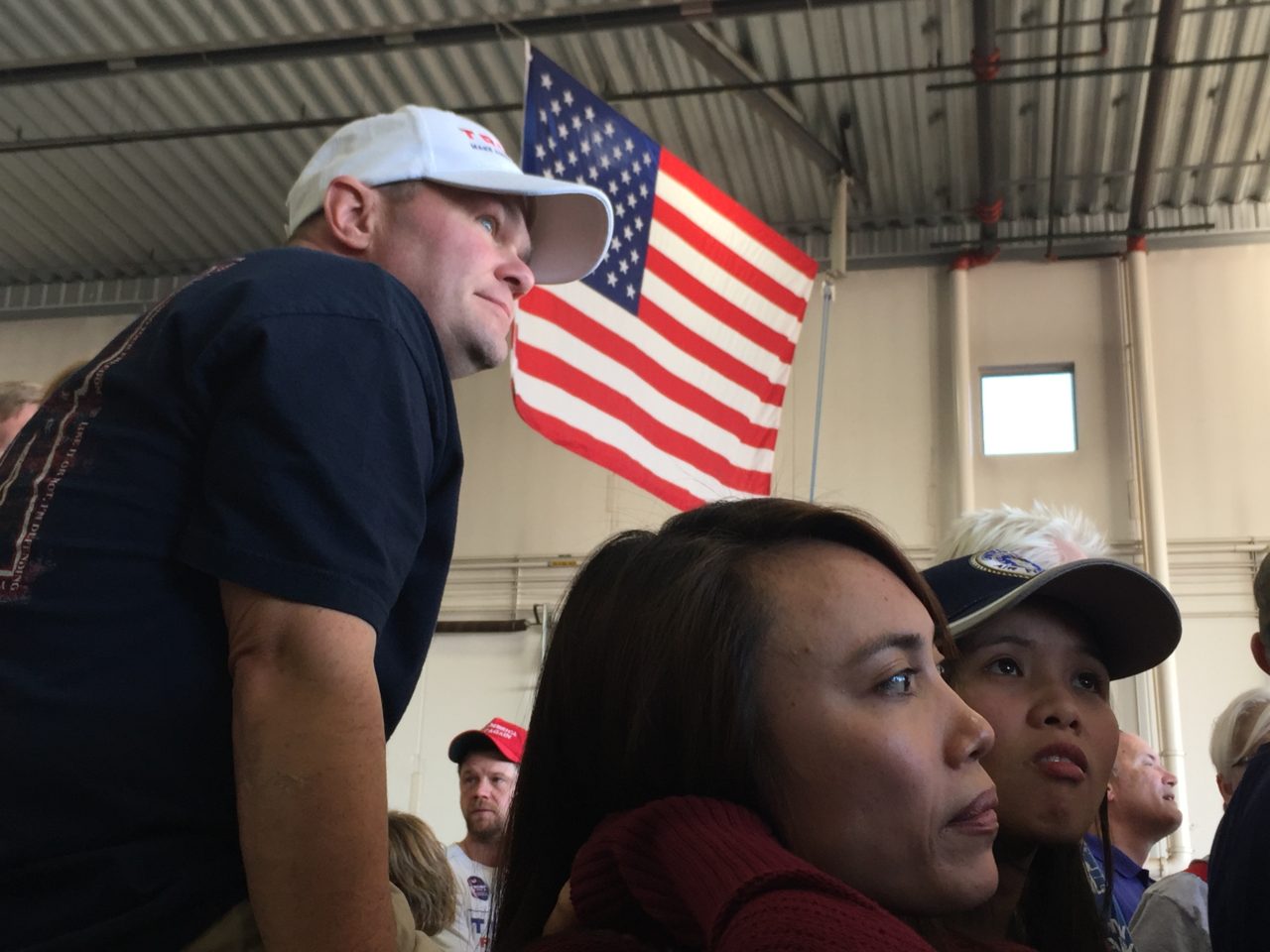 Estelle Senopole, from Oakdale, Minnesota, said that she supported Trump because she is pro-life.

And, she added: “The opposite of control is freedom. Trump is going to return control to the people, and give us freedom again, so we can flourish.

“I don’t think anyone else could have done what he has done — to face all of the tough stuff and not quit.

“The other side are the deplorables — we’re the adorables,” she concluded with a smile.

Minnesota has 10 Electoral College votes, and has not voted for a Republican in a presidential election since 1972.