SARASOTA, FL – For the final time in this election cycle in the Sunshine State, Republican presidential nominee Donald Trump took the stage to Lee Greenwood’s “Proud to Be an American.”

He faced a crowd at Robarts Arena in excess of 5,000 according to law enforcement on location to make his closing argument to Florida voters.

Florida is an essential part of Trump’s path to 270 electoral votes. Without it, defeating Democratic presidential nominee Hillary Clinton for the presidency tomorrow would become a near impossibility.

Trump doubled down pledge to stop Washington corruption, keeping with the “drain the swamp” theme he has expressed on the campaign trail.

“My contract with the American voter begins with a plan to end government corruption and take back our country and to take it back swiftly from the special interests who I know so well,” Trump said. “I want the entire corrupt Washington establishment to hear the words we are all about to say. When we win tomorrow, we are going to drain the swamp.”

He touched on the environment, maintaining that global warming won’t be a priority of a Trump administration, but clean water would be.

“And remember this, remember this – when it comes to environment because I receive many environmental awards, you know, people don’t want to talk about that, that’s OK,” Trump added. “But we need absolutely crystal clear and clean water.” 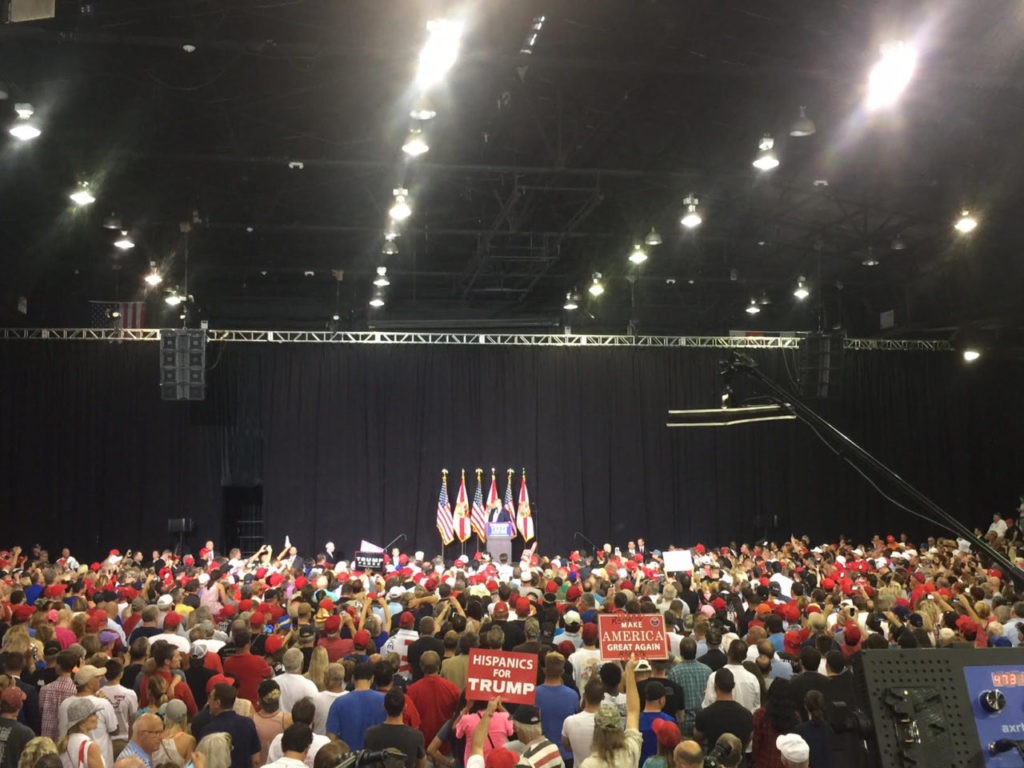 The GOP nominee vowed to end the “Obama sequester” and strengthen the military with calls for new ships built at Mayport Naval Station and new aircraft flying at nearby MacDill Air Force Base and Naval Air Station Pensacola in the panhandle.

He also took aim at Obama’s leadership of the military and invoked the names of World War II military generals.

“We’re preparing now, to go into Mosul,” he said. “We want to get their leaders because you know ISIS, supposedly the leaders are — don’t they realize that the first time before they finished the first sentence four months ago, those leaders have already found new places. Don’t they understand that? Oh, General Douglas MacArthur, where are you, sir? Where is our General George Patton? Where are they, where is General Patton?”

“Where is General George Patton?” Trump continued. “You know where they are? They’re watching and they’re spinning in their grave, they don’t believe it. Wouldn’t it be nice if we just shut up, did the job, had a news conference a week later and said we had great success, wouldn’t that be nice, now? That’s Obama, that’s Obama.”

Keeping with the theme of national security, Trump pledged to end the Syrian refugee program.

“We will become a rich nation once again, but to be a rich nation, we must also a safe nation,” he said. “Hillary Clinton wants a 550 percent increase in the inflow of Syrian refugees into our country, 550 percent. Her plan will import generations of terrorism, extremism and radicalism into your schools and throughout your communities. When I’m elected president, we will suspend the Syrian refugee program. And we will keep radical Islamic terrorists the hell out of our country.” 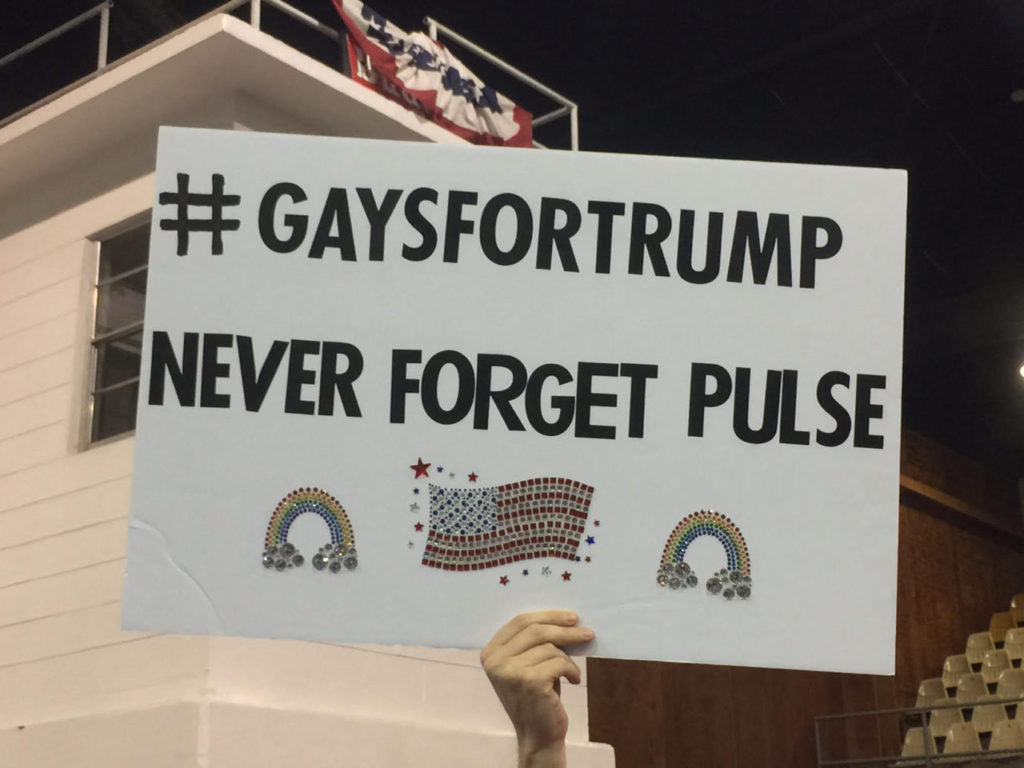 Notably on the day before Election Day, Trump criticized President Barack Obama for his policy regarding Israel, calling commander-in-chief “the worst thing that ever happened to Israel.”

“Very importantly we’ll also stand strong — we have to stand strong with the state of Israel in their fight against Islamic terrorism,” Trump said. “Barack Obama was the worst thing that ever happened to Israel. The worst thing. The worst thing that ever happened to Israel. Barack Obama was a disaster for Israel. And believe me, the Iran deal where we made them rich, we also gave them a direct path right to nuclear weapons. But we’ll be working with Israel very closely, very, very closely.”

Trump told the audience he would not be pleased with anything less than a victory on Tuesday and urged the audience to consider the possibilities of his presidency. 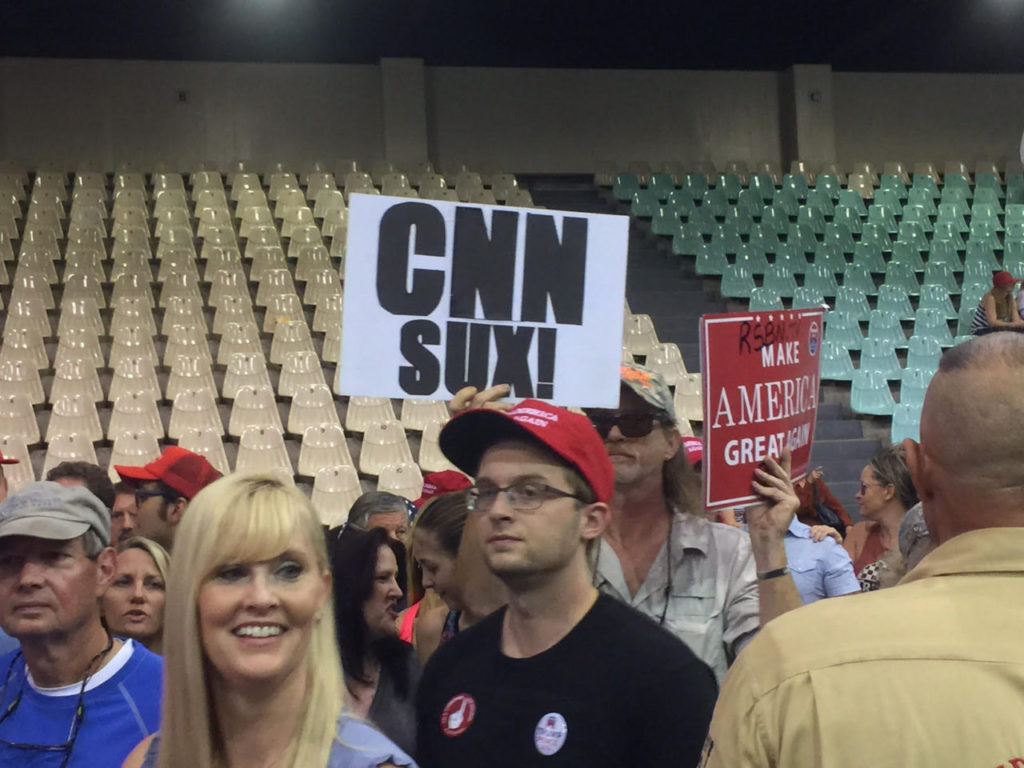 “Do not let this opportunity slip away,” Trump said. “We are fighting for every citizen who believes that government should serve the people, not the donors and not the special interests. And we are fighting to bring us all together as Americans. Just imagine what our country could accomplish if we started working together as one people under one God saluting one American flag.”

“I’m asking you to dream big,” he added. “Because with your vote we are just one day away from the change you’ve been waiting for your entire life.” 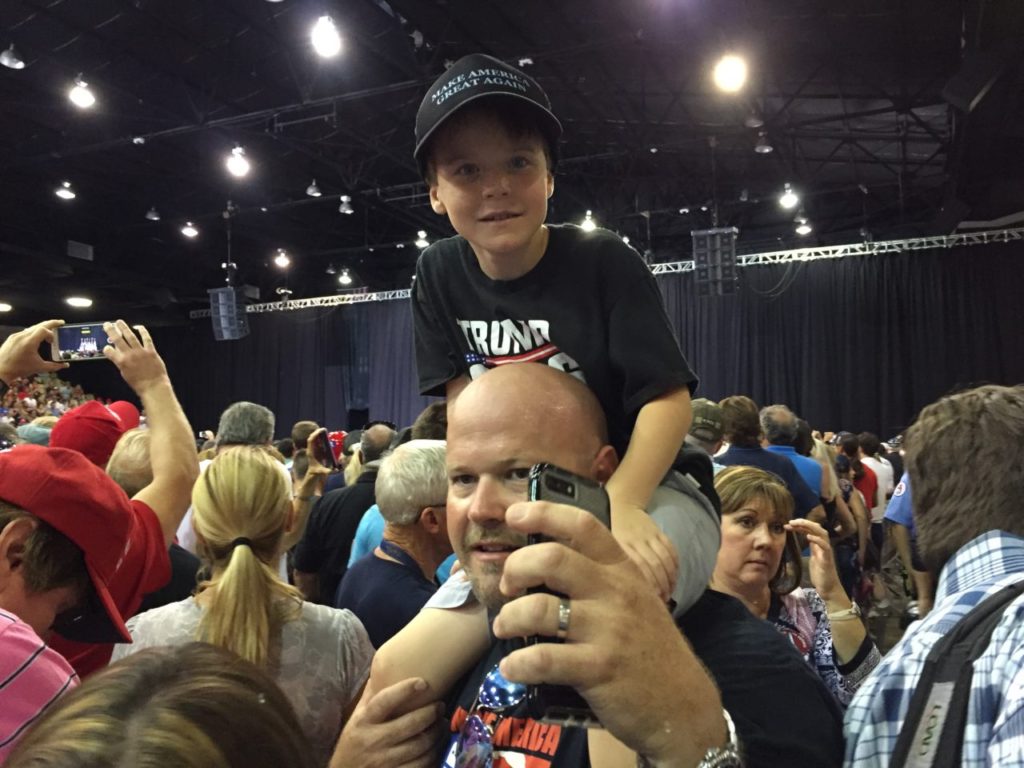 The battle for Florida’s 29 electoral votes remains in the toss-up column, but Trump is reportedly outperforming 2012 GOP nominee Mitt Romney in the Sunshine State