Donald Trump is expected to pick Rep. Cathy McMorris Rodgers as his Interior Secretary, making her a central player in his plans to jump-start the domestic oil, natural gas and coal industries.

She was first elected in 2004, and is now the fourth-ranking person in the GOP’s House leadership, under House Speaker Paul Ryan.

She also had time to birth three children while in Congress. Here’s her Instagram account, and a cute picture of her balancing work and child-rearing.

I've got my #SOTU remarks in one hand and 2-month old Brynn in another. It really doesn't get much better than this!

Feminists and social-liberal don’t like her conservative social record. According to an respectful but unfriendly profile in Slate.com,

McMorris Rodgers has voted like a standard conservative, for cuts to nearly every social service. She voted against the Lilly Ledbetter Fair Pay Act and in favor of cutting funding for birth control. Last year, she supported a version of the Violence Against Women Act that excluded gay, immigrant, and Native American women, calling them a “side issue.” And her constituents once delivered empty milk bottles to her office to protest her support for cuts in the “WIC” nutritional program. The war on women, Matt Yglesias points out, is not about symbols. It’s about public policy. So if you want something like that done, ask another woman.

McMorris Rodgers is from Washington state, where her constituents include Microsoft Corp. and apple growers, and so she has strongly backed large-scale immigration of white-collar graduates and unskilled, illiterate apple-pickers. She supported the 2013 “Comprehensive Immigration Reform” push, which failed in June 2014 when GOP primary voters demonstrated their opposition by defeating GOP majority Leader Rep. Eric Cantor.

In 2011, she co-sponsored a bill to sell off 0.6 percent of the 500 million acres of government-owned land. Those holdings add up to 20 percent of the nation’s real-estate. She gets little love from upper-income environmental groups, because she generally favors drilling, mining and logging on the huge tracts of government-owned land in the western half of the United States. She will also have a huge say on the construction of oil and natural-gas pipelines. 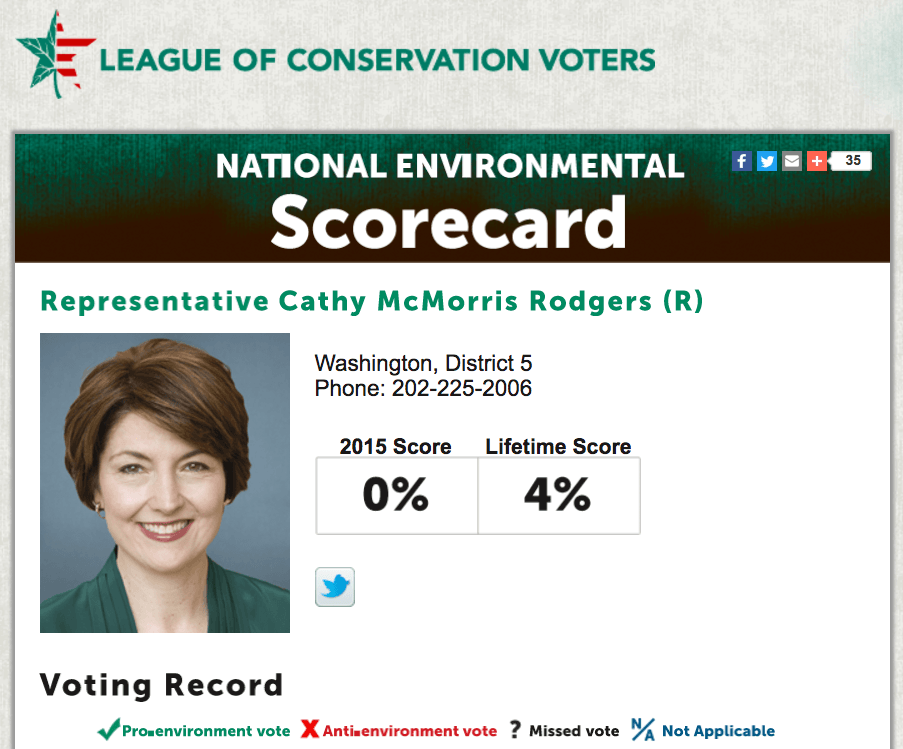