The abortion rate in the United States is at its lowest rate since the Supreme Court issued its ruling in Roe v. Wade, legalizing abortion in 1973. 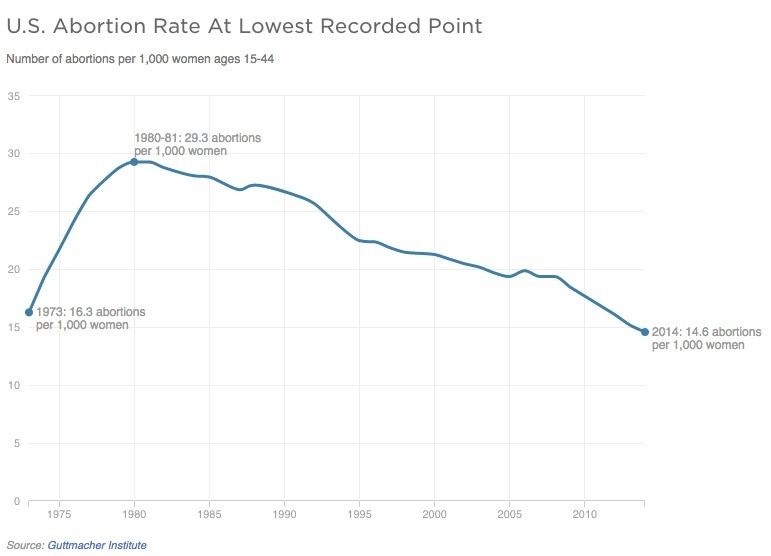 In 2013, there were less than one million abortions in the United States for the first time since the 1970s, notes NPR.

According to the Guttmacher Institute’s report, the decline in abortions can be attributed to both the increase in restrictions on abortion as well as the increased access to contraception.