The following is an exclusive excerpt from Congressman Ken Buck’s upcoming book, Drain the Swamp: How Washington Corruption is Worse Than You Think, in stores Tuesday, April 11:

Representatives want committee seats for a variety of reasons, some of them honorable, some of them not. For some members, committee assignments aren’t so much about public service as they are about raising one’s public profile—and attracting special interest donations to one’s campaign fund. Because congressional leadership understands that self-interest motivates many members to serve on committees, they leverage that desire by unofficially ranking the committees.

Numerous high-level members of the Republican House leadership have confirmed to me that committees are ranked. The ranking system is understood by members, though seldom spoken of. Committees are assigned letters—A, B, or C—based on how important they are deemed to be by leadership.

There are five A committees in the House: Appropriations, Ways and Means, Energy and Commerce, Rules, and Financial Services. Both parties use committee appointments to raise money. If you want to serve on a committee in Congress, you have to pay for the privilege.

Here’s how it works for Republicans. If you want to serve on a committee, you have to raise money for the National Republican Congressional Committee (NRCC). The amount varies depending on the committee and role. For example, to serve on a B or C level committee, a GOP House freshman member must raise $220,000 every two years. I paid that amount to the NRCC in my first term in Congress, but now must pay more than double that amount. Veteran members on A committees must raise more than twice that amount—$450,000. That’s right, almost half a million dollars to do what the people elected them to do.

Republican representatives from districts deemed to be at risk by the NRCC get their dues discounted by at least 30 percent. Twelve Republican members were designated in 2015 to be part of this “Patriot” program,5 but other members whose districts were equally at risk, like Rod Blum, were not included in the program, because they did not play the leadership’s game.

As it is, some members of Congress spend at least half their time fundraising to keep their dues paid and campaign coffers full. If you become the chair of a B committee—congratulations—you’re now expected to raise $875,000 a year for the NRCC. Chairing an A committee means you must raise $1.2 million. The higher your role in the House leadership, the higher the price tag:

When representatives don’t pay their “dues” or fall behind, they are pressured to pay up—or else. It’s happened to me, and I’ve heard similar stories from countless others.

Candidates’ ability to raise cash is largely influenced by how well they play the game with leadership, and if you don’t pay your dues, you can’t use the NRCC call suites (or other benefits like the NRCC recording studios) to raise money.

To make matters worse, the NRCC got caught using those pay-to-play funds to support a recount effort against a conservative candidate in a Republican primary in 2016. When Andy Biggs ran to replace the retiring Matt Salmon in Arizona’s Fifth District, he narrowly defeated the moderate opponent in the primary, former GoDaddy executive Christine Jones.

The NRCC has a longstanding policy to not meddle in primary elections, a promise affirmed to me in person by leadership. Yet the NRCC paid more than $300,000 in legal fees to fund Jones’s recount effort. After Biggs won the recount by twenty-seven votes and won again in the general election, the NRCC offered to lower his dues and write a check to his campaign for the same amount that they gave his opponent.

I felt the same sting from my own party in 2010 when the National Republican Senatorial Committee (NRSC) gave my opponent $500,000 in the primary race. She used that money to label me as anti-woman, a theme my Democratic opponent was only too happy to capitalize on in the general election.

Committee assignments, then, are less about qualifications than they are about cash—or, to put it another way, cash is the chief qualification you need. Aside from his outstanding policy credentials, House Speaker Paul Ryan is certainly well qualified for his position— he raised more than $50 million in 2016.

Serving on certain committees can also mean a lot of donations for representatives. A recent review of fundraising patterns over the last two decades revealed that members of some House committees rake in more donor cash than others. The study concluded that getting “on Ways and Means boosts your PAC fundraising levels by $208,315” and “your out-of-state itemized fundraising totals by $233,742. . . .” While joining “Financial Services produces a boost of $101,695 to PAC contributions and a boost of $140,334 to your outof-state contributions. . . . Joining Energy and Commerce yields a statistically significant boost of $72,933 to your PAC contributions.”6

Corporations use this leverage to get what they want included in legislation. For example, one biotechnology firm seemed to work the broken system well during the “fiscal cliff crisis” of 2013 according to the New York Times:

Just two weeks after pleading guilty in a major federal fraud case, Amgen, the world’s largest biotechnology firm, scored a largely unnoticed coup on Capitol Hill: Lawmakers inserted a paragraph into the “fiscal cliff” bill that did not mention the company by name but strongly favored one of its drugs.

The language buried in Section 632 of the law delays a set of Medicare price restraints on a class of drugs that includes Sensipar, a lucrative Amgen pill used by kidney dialysis patients.

The provision gives Amgen an additional two years to sell Sensipar without government controls. The news was so welcome that the company’s chief executive quickly relayed it to investment analysts. But it is projected to cost Medicare up to $500 million over that period.

Amgen, which has a small army of 74 lobbyists in the capital, was the only company to argue aggressively for the delay, according to several congressional aides of both parties.8

I am not opposed to lobbyists. Everyone, both individuals and groups, has a right to petition Congress. But when the request is closely tied to donations and results in last-minute legislative perks, the people’s trust in government deteriorates. And because the fiscal cliff bill was forced upon Congress at the final hour, written in secret behind closed doors, most members didn’t find out about this change until it was too late, if they ever knew about it at all.

House leadership doles out these influential committee assignments to those who play the game. After Speaker Boehner announced his retirement in 2015, Ways and Means Committee Chairman Paul Ryan met with the Freedom Caucus to earn our support for his effort to become Speaker. Paul met with about thirty of us in the Ways and Means Committee conference room, right off the House floor, while the press waited outside.

We had a good conversation. When we told Paul that leadership was discriminating against conservatives, he asked us, “How many of you are on Ways and Means?” He was surprised that none of us were; clearly, he was not in the loop about Boehner’s war on conservatives.

The real partisanship in Washington isn’t between political parties or about political principle; it is within parties, where leaders punish members who don’t play the game. In Congress, the consensus has been, it’s better to sink the nation with debt than rock the boat with reform. If we’re going to drain the swamp, we need to change that. 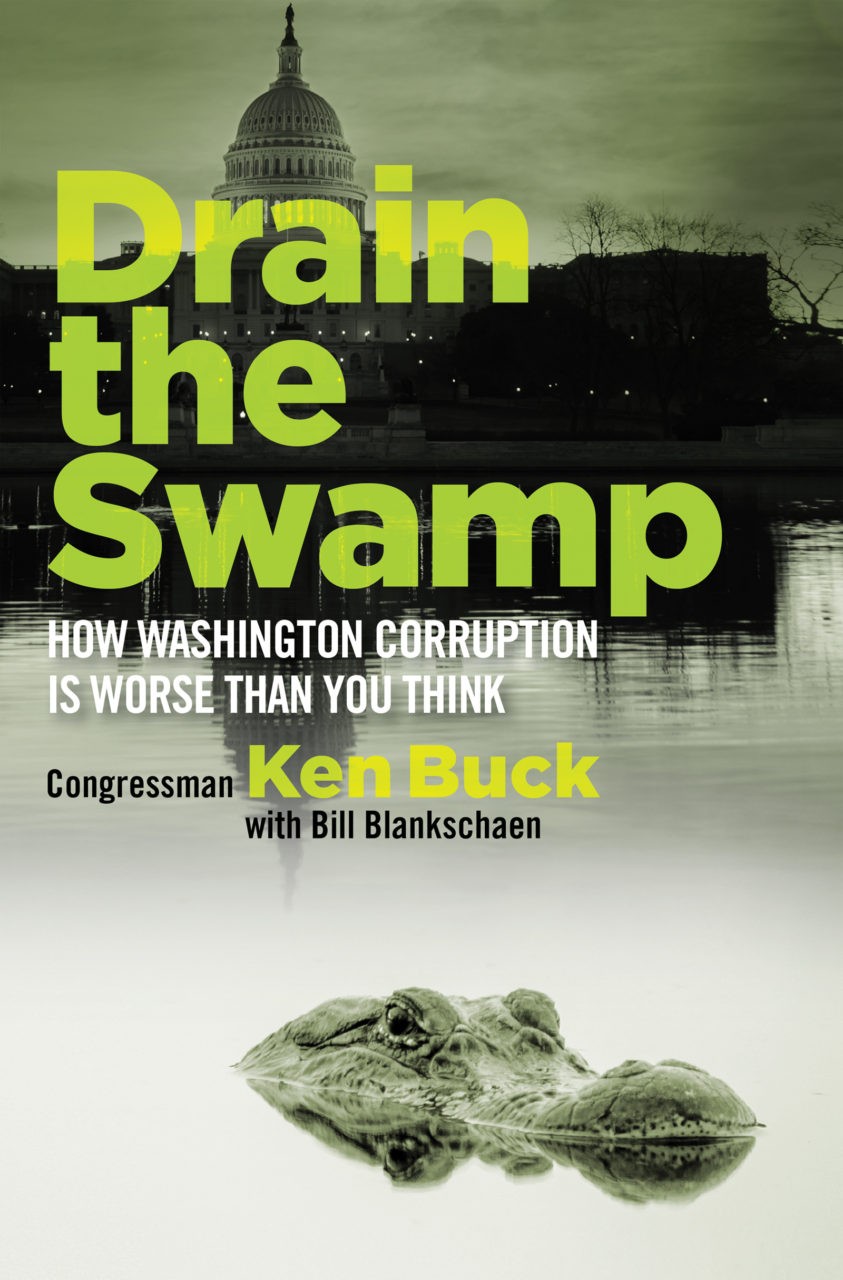