Senate Candidate Roy Moore (R-AL) pulled a gun out of his wife’s purse during a Chambers County Republican Club meeting in order to show that he is pro-Second Amendment.

Roll Call reports that Moore was at the club on Thursday responding to a constituent’s question as to whether he supported the Second Amendment. Moore responded by saying, “We carry,” and pulling a handgun out of his wife’s purse. 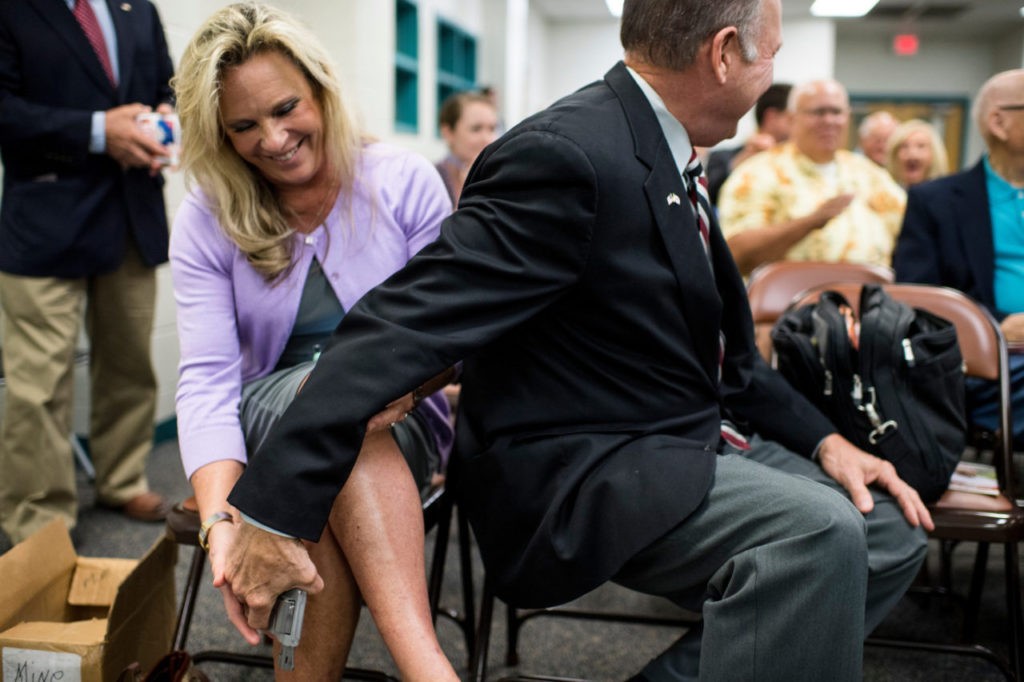 UNITED STATES – AUGUST 3: GOP candidate for U.S. Senate Roy Moore returns his wife’s hand gun to her after displaying it as a way to show support for the 2nd amendment after candidates were asked about their views on gun rights during a candidates’ forum in Valley, Ala., on Thursday, Aug. 3, 2017. The former Chief Justice of the Alabama Supreme Court is running tin the special election to fill the seat vacated by Attorney General Jeff Sessions. (Photo By Bill Clark/CQ Roll Call)

The gun was a snub-nose revolver that appeared to be made of lightweight materials for concealed carry.

Moore then handed the gun back to his wife so she could tuck it back into her purse. He later said, “I will uphold the Second Amendment.”

The 70-year-old Moore is a former Alabama Supreme Court Justice. He is vying for a Senate seat currently held by Republican Luther Strange. Rep. Mo Brooks (R-AL) is trying to win Strange’s seat as well, which makes the primary election extremely important.

All three men claim to be pro-Second Amendment and Rep. Brooks has released a number of ads focused on his pro-gun stance.