BIRMINGHAM, Alabama — Earlier this week, Birmingham Mayor William Bell ordered a Confederate monument situated a block from city hall covered up, out of view of the public.

The Confederate Soldiers and Sailors Monument, a 52-foot structure located at the entrance of Linn Park, was initially covered with plastic on Tuesday. However later that evening, crews from the city built a wall around the monument made from plywood painted black to conceal it.

Tuesday, Bell explained to reporters the city was exploring options to hide the display given its removal would violate the Alabama Memorial Preservation Act. That bill that was signed into law by Gov. Kay Ivey (R-AL) in May and prohibits local governments from moving or renaming historically significant buildings and monuments that have been in place for at least 40 years or longer. 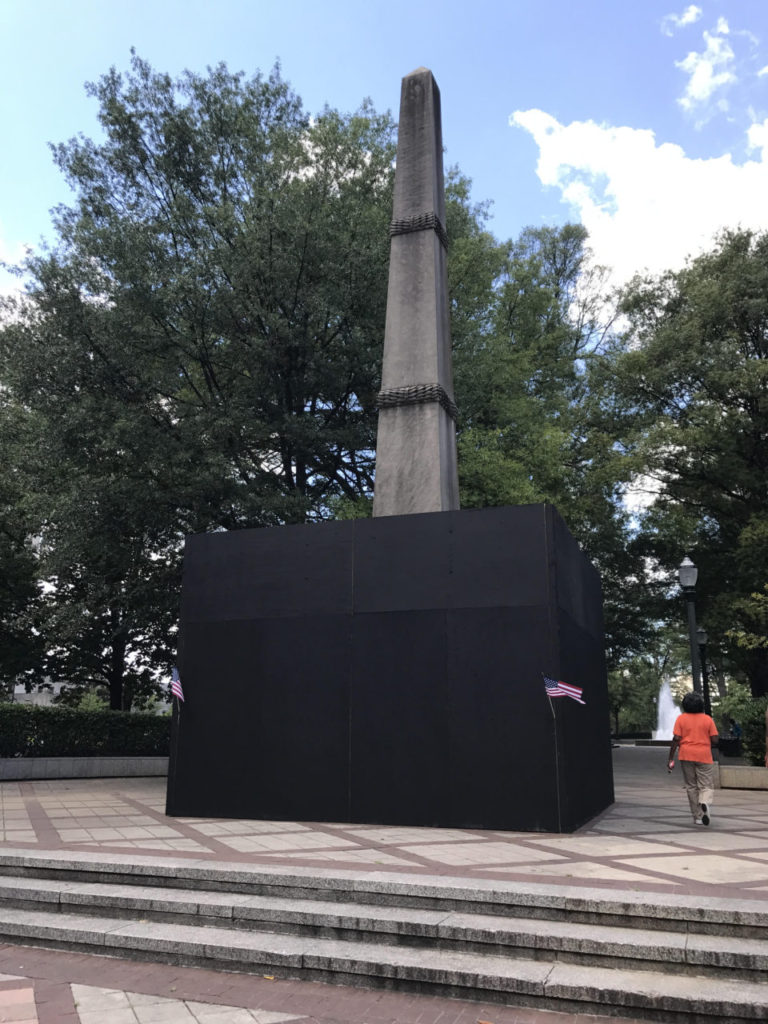 The Confederate Soldiers and Sailors Monument, hidden from view by the public, 8/18/17

Immediately following the city’s actions, Alabama Attorney General Steve Marshall filed a lawsuit against the city of Birmingham claiming the law had been violated and asked the judge to impose a $25,000 per day fine for each day the monument remains covered.

“In accordance with the law, my office has determined that by affixing tarps and placing plywood around the Linn Park Memorial such that it is hidden from view, the Defendants have ‘altered’ or ‘otherwise disturbed’ the memorial in violation of the letter and spirit of the Alabama Memorial Preservation Act,” Marshall said in a statement.  “The City of Birmingham does not have the right to violate the law and leaves my office with no choice but to file suit.”

That case was assigned to Jefferson County, AL Circuit Court Judge Michael Graffeo according to AL.com.

As of Friday afternoon, the makeshift structure surrounding the monument was still standing, and two Birmingham Police Department vehicles were stationed on the street in front of it. 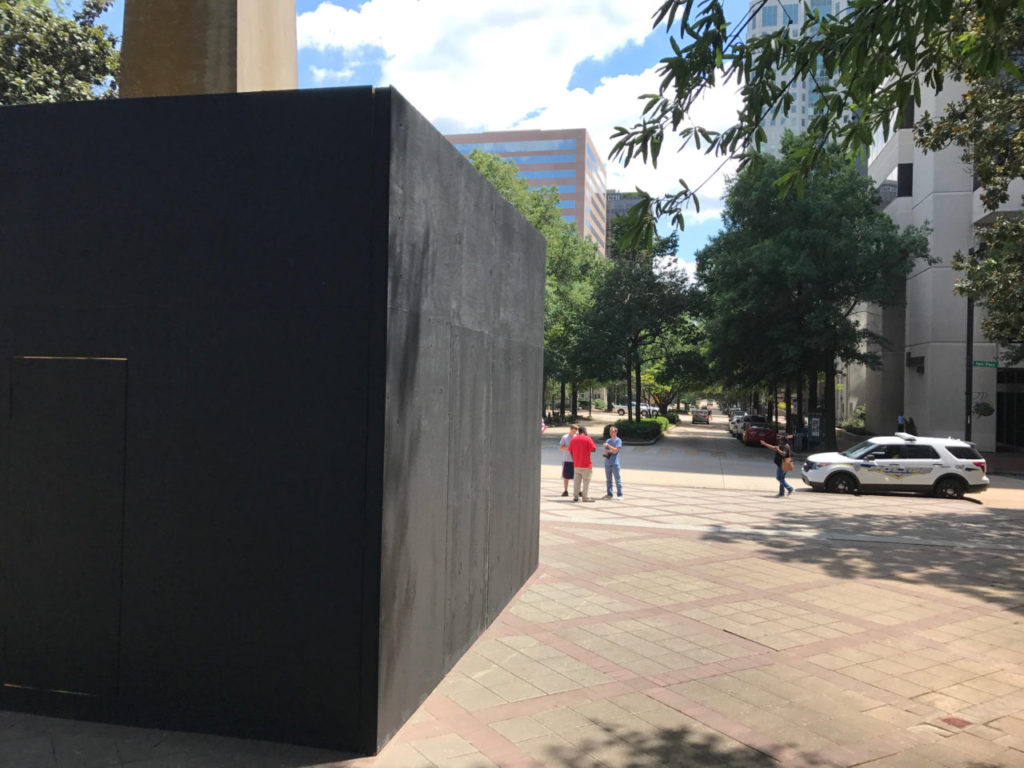