Jared Kushner, the president’s son-in-law and senior adviser, told President Trump to back Sen. Luther Strange’s (R-AL) failed bid for election in part because he believed Strange’s victory would “enrage Steve Bannon,” according to a report.

According to two sources who work closely with the young real estate tycoon, Kushner suggested the endorsement, in part, because he believed that a Strange victory would enrage Steve Bannon, the newly reinstalled executive chairman of Breitbart News and a nemesis of Kushner’s from their time together in the Trump White House. 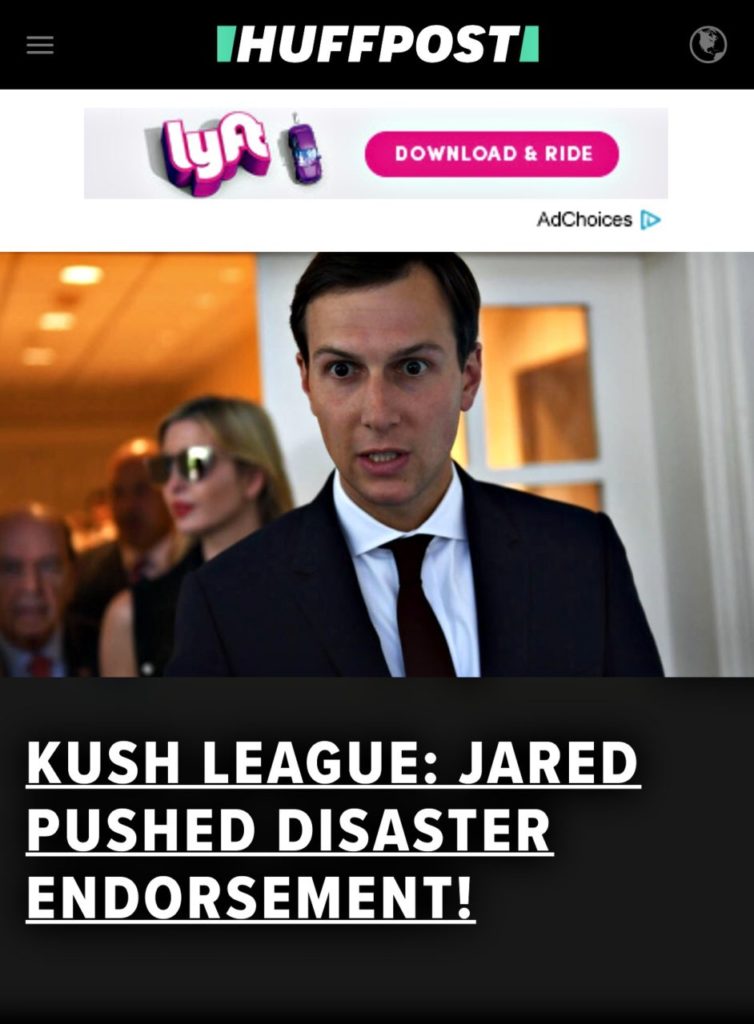 Kushner also thought getting Trump to support Strange would improve his own “tenuous standing with Republican leaders in the Senate,” Bannon allies told HuffPost.

“He’s going to need them if things go south in the Russia investigation,” one ally explained.

Trump was reportedly “embarrassed and pissed” after Strange was trounced in the primary race by Judge Roy Moore, who was backed by Bannon and other conservative leaders.

Trump’s ill-fated endorsement of Strange put him on the same side as Senate Majority Leader Mitch McConnell (R-KY), who is detested among Trump’s base as a Washington swamp figure.

Heeding the advice of Kushner and other White House senior advisers, Trump even came to Alabama last Friday to rally for Strange. Bannon on Monday evening rallied for Moore.

Trump on Wednesday deleted all his tweets urging Alabamans to vote for Strange.

The Huffington Post reported that Kushner was a “critical early voice” in convincing Trump to take a side:

Presidents rarely endorse one candidate over another in a primary election. But Kushner was a critical early voice in convincing the president to take a side. McConnell and Rick Dearborn, the White House deputy chief of staff, also were instrumental at various points in the process. Sources close to Bannon noted that Trump first tweeted about Strange on Aug. 8, when Kushner was with the president at his country club in Bedminster, New Jersey.

A former adviser to Trump, Sam Nunberg, told the HuffPost, “No senior adviser to the president in their right mind would ever lead the president to get involved in a primary, let alone a highly contested one that pitted his own base against him,” he said. “Anyone with a pulse knew that Luther was going to lose the runoff. Luther barely survived the primary.”

The HuffPost suggested that Trump was not even aware of Moore until after he won the first round of voting last month, with 39 percent.

A veteran Republican strategist who ran Sen. Ted Cruz’s (R-TX) presidential campaign and was hired by Strange had convinced Kushner to convince the president to back Strange, according to the report.

The official denied that Kushner had ever spoken to the president about Brooks or the Alabama race.

“All Jared thinks about is beating Bannon,” a friend of Bannon’s told the HuffPost. “It consumed him before Bannon left the White House, and it consumes him now.” A source who knows Kushner well confirmed that was true, while the White House dismissed it as “totally untrue.”

Two sources confirmed that Trump told confidants after the loss the he is not upset with Bannon, who until August was his chief strategist.

“What he feels about Kushner and his role in the Alabama fiasco is not known,” the report said.