SAN DIEGO, California — U.S. Customs and Border Protection (CBP) Acting Deputy Commissioner Ron Vitiello announced the completion of eight border wall prototypes on Thursday, calling the wall an extremely effective part of their security strategy. He could not answer, however, when they will receive the funding for final construction.

“Border security relies on a combination of border infrastructure, technology, and personnel” as well as partnerships at the federal, state, and local levels, said Vitiello at media reveal event. He emphasized that border walls have been an “extremely effective part” of the “multi-pronged security strategy to prevent the illegal migration of people and drugs, over many years.” 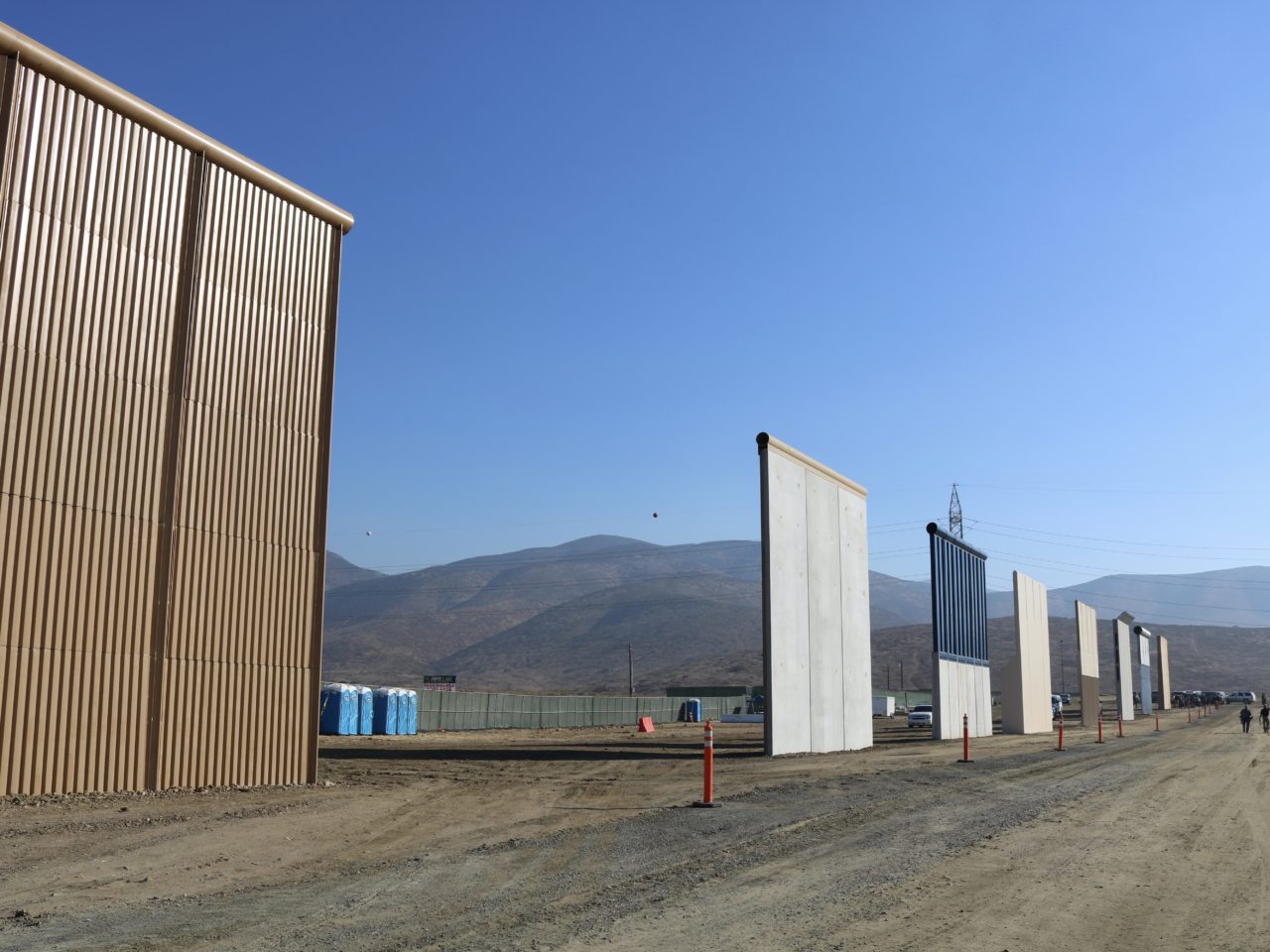 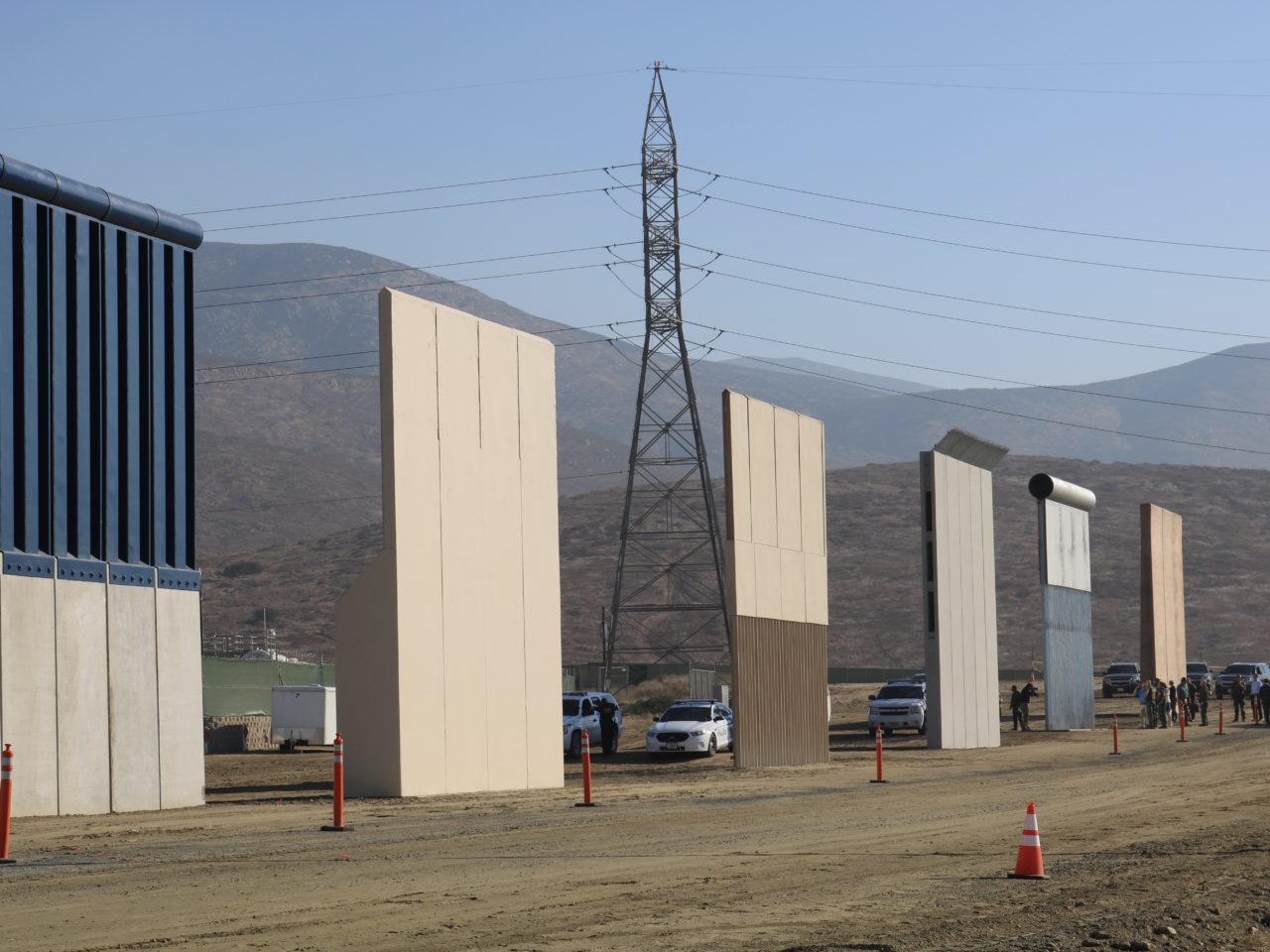 Breitbart News visited the construction site. Four of the prototypes, as contracted, are concrete walls. The other four are made from material “other than concrete.”

Here are photos of five of the prototypes as seen from inside the U.S.: 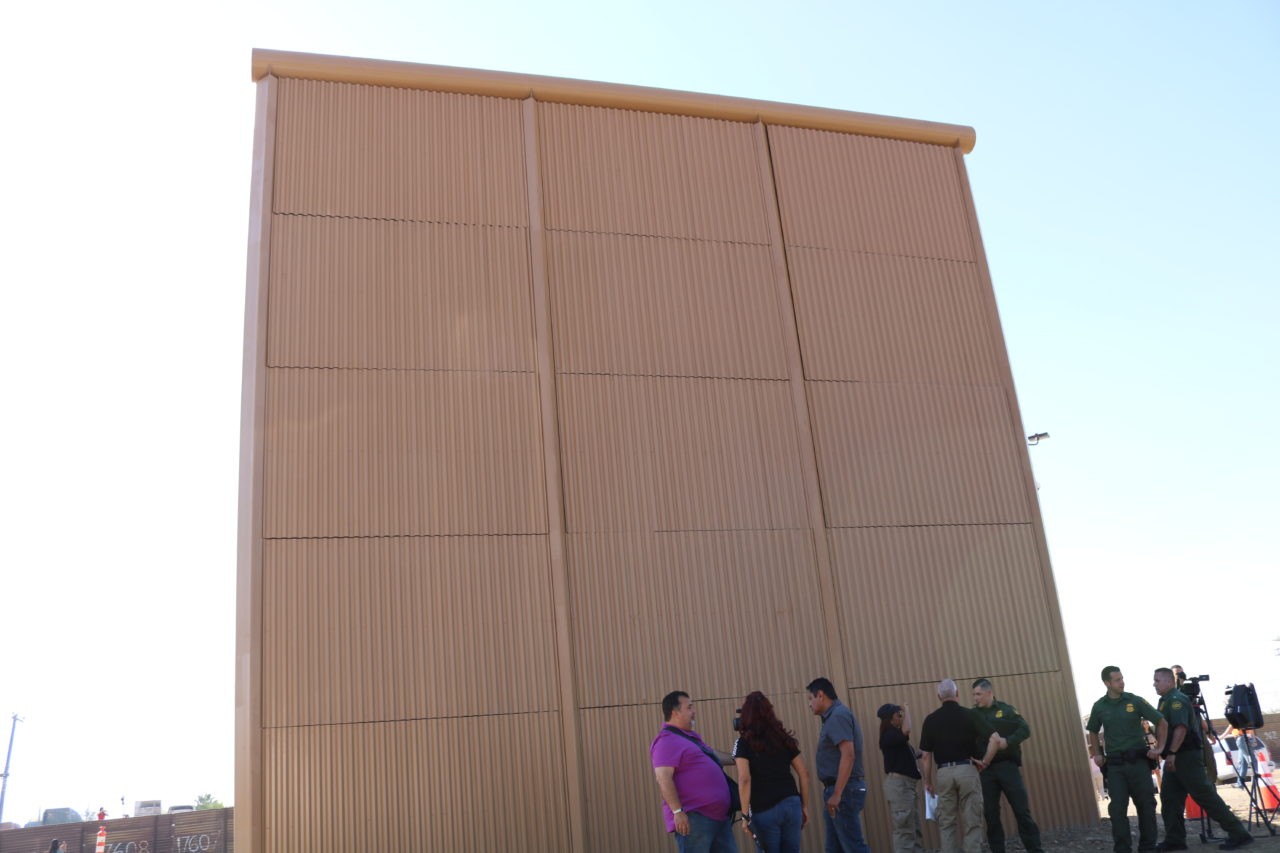 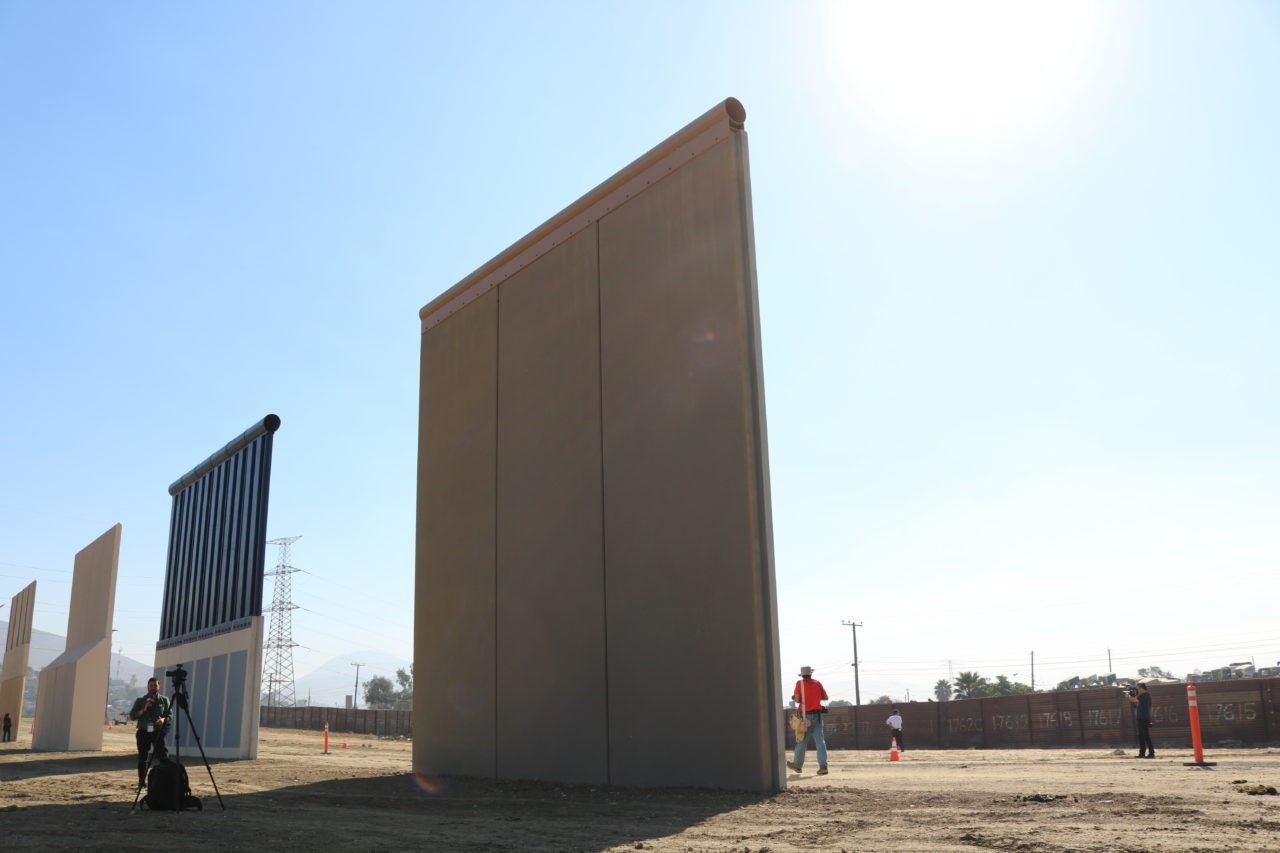 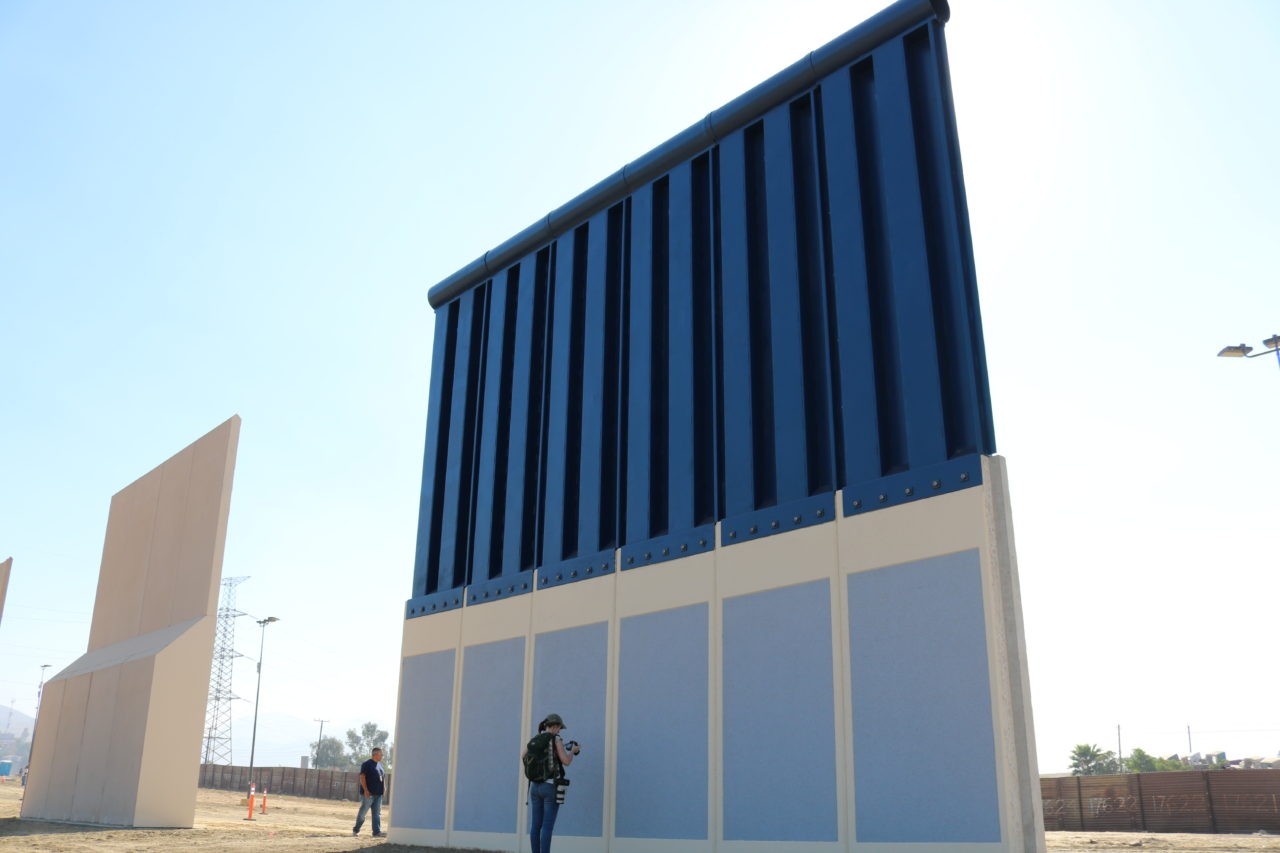 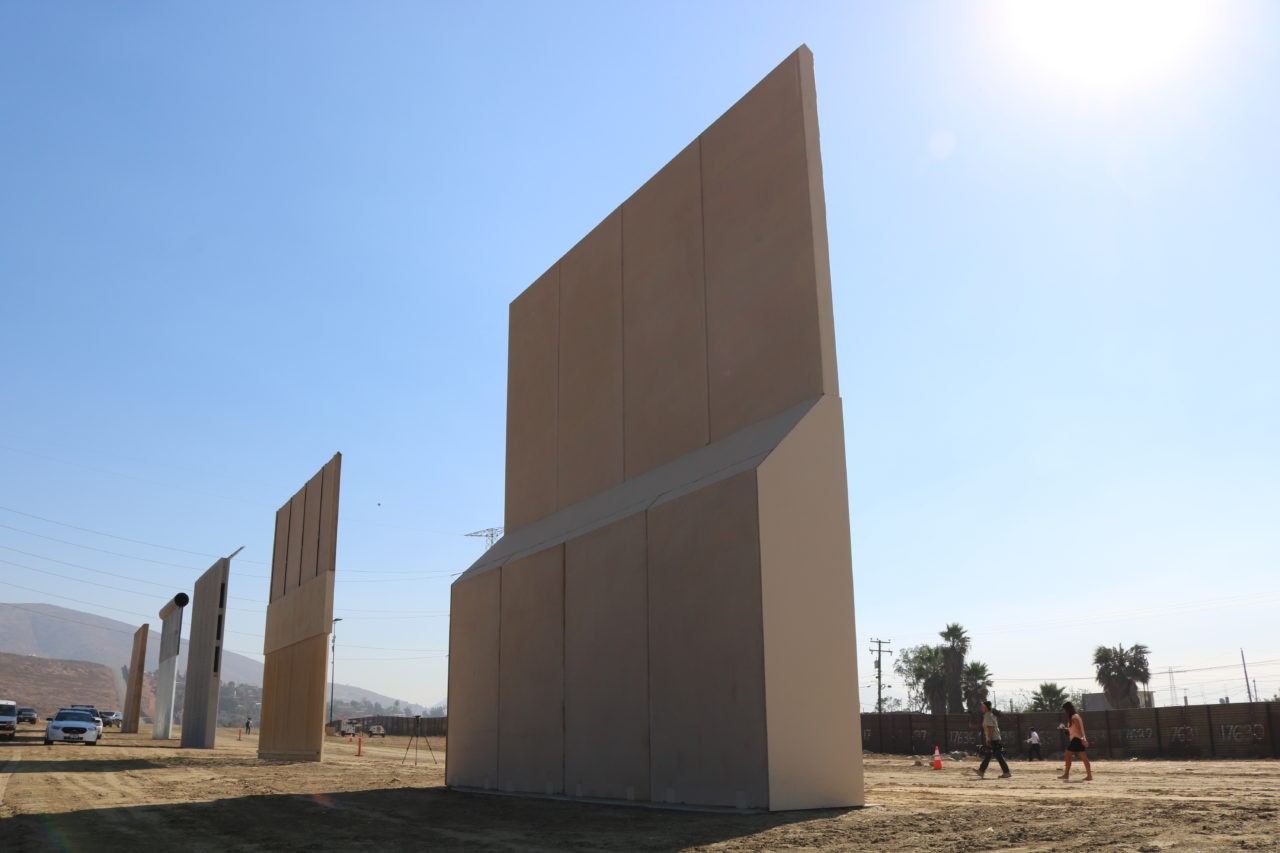 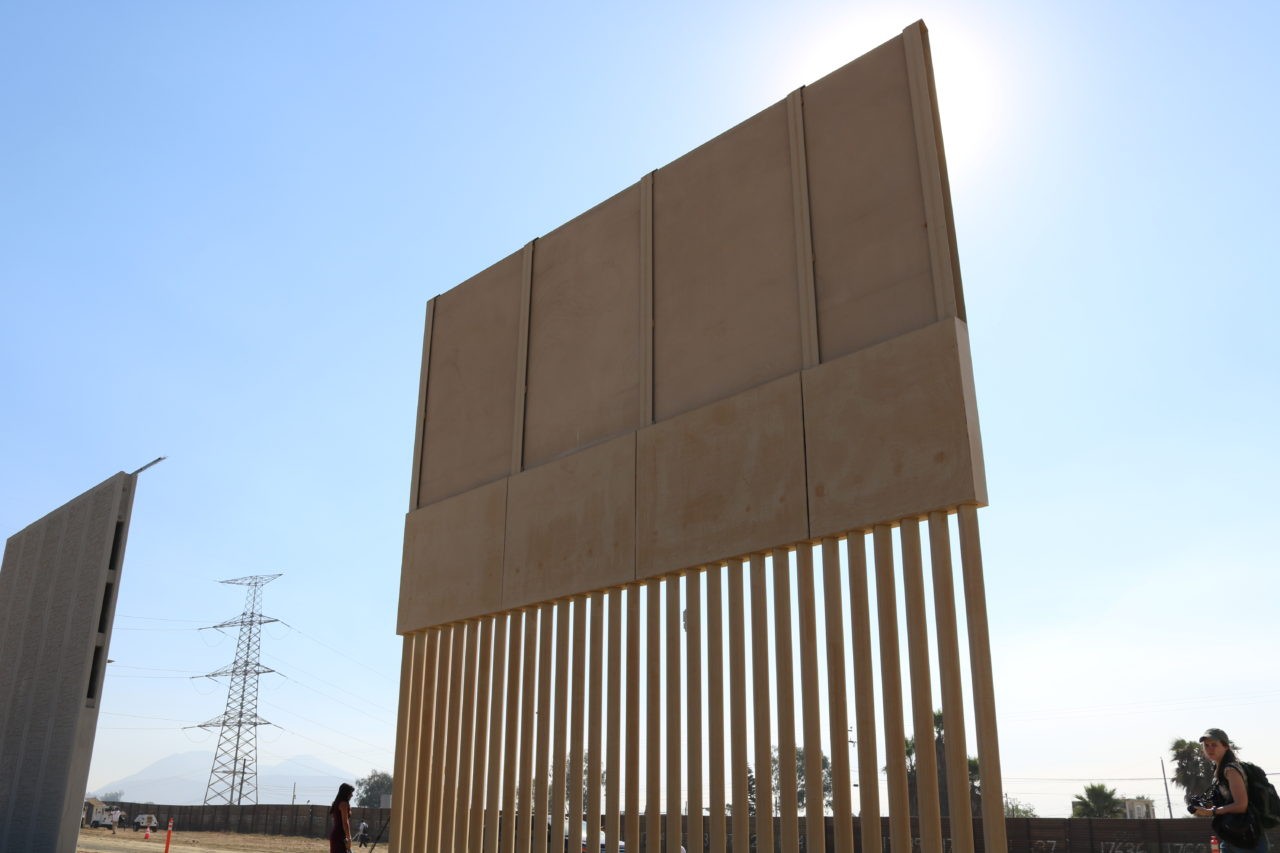 Four of the prototypes sported cylindrical tops and one had an angled top with an apparent razor-edged tip.

Here are the remaining three prototypes from various angles. 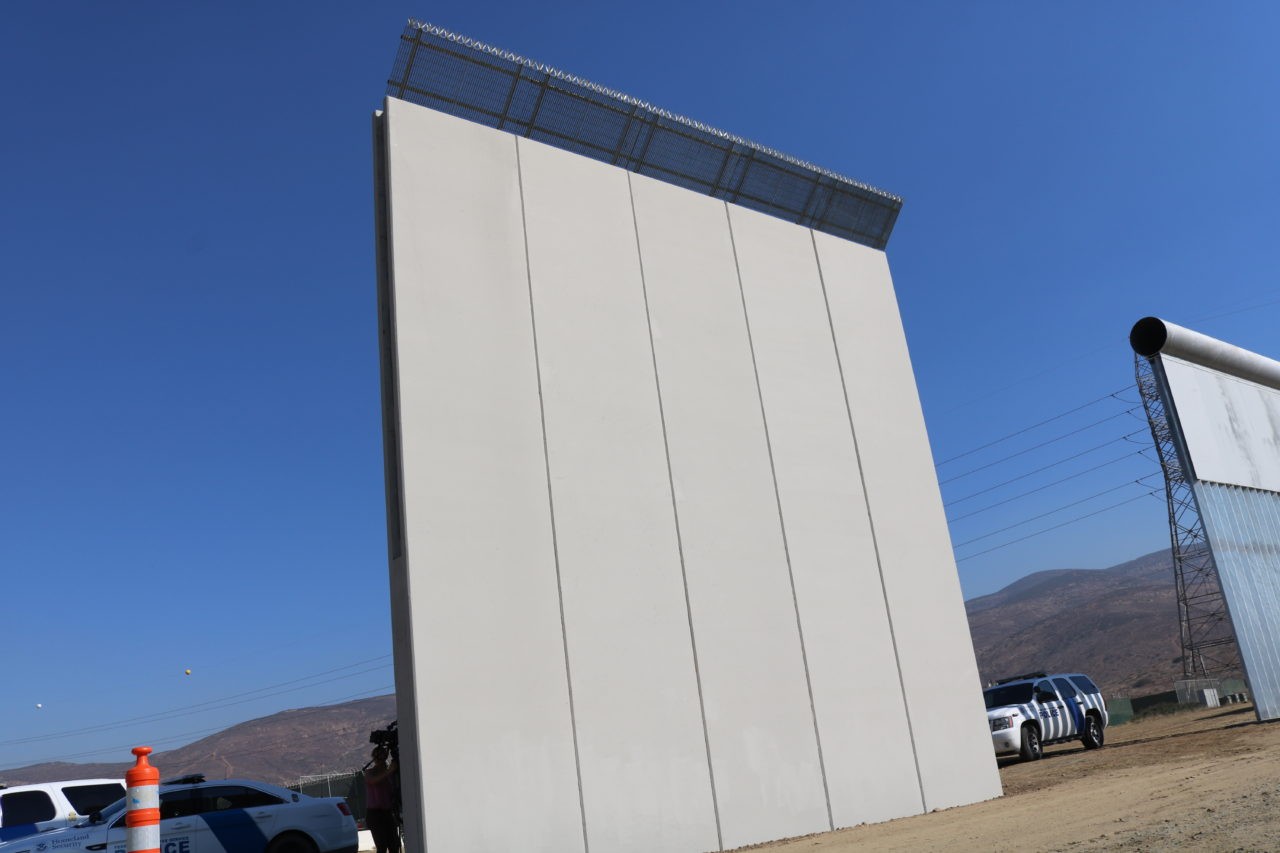 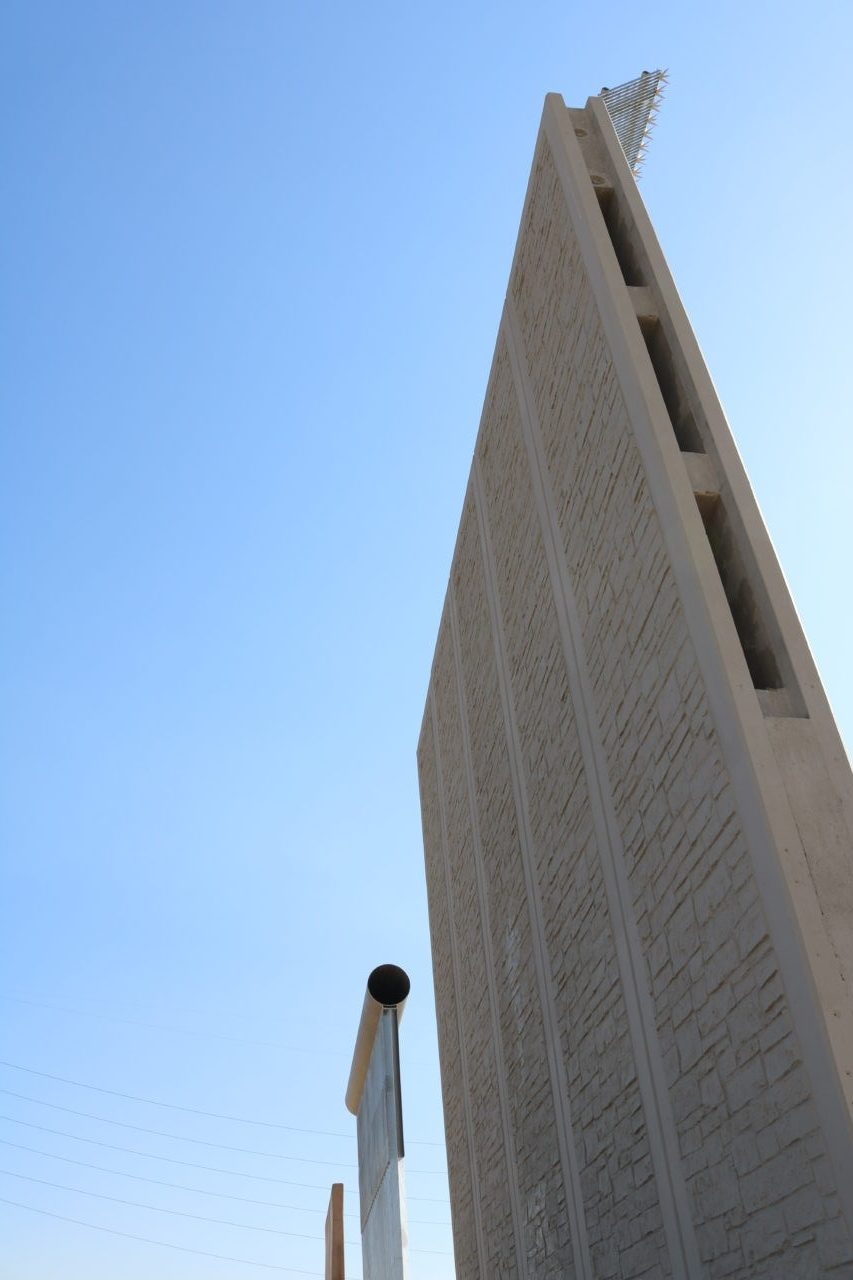 The other side of the same wall, featuring more details. (Credit: Michelle Moons / Breitbart News) 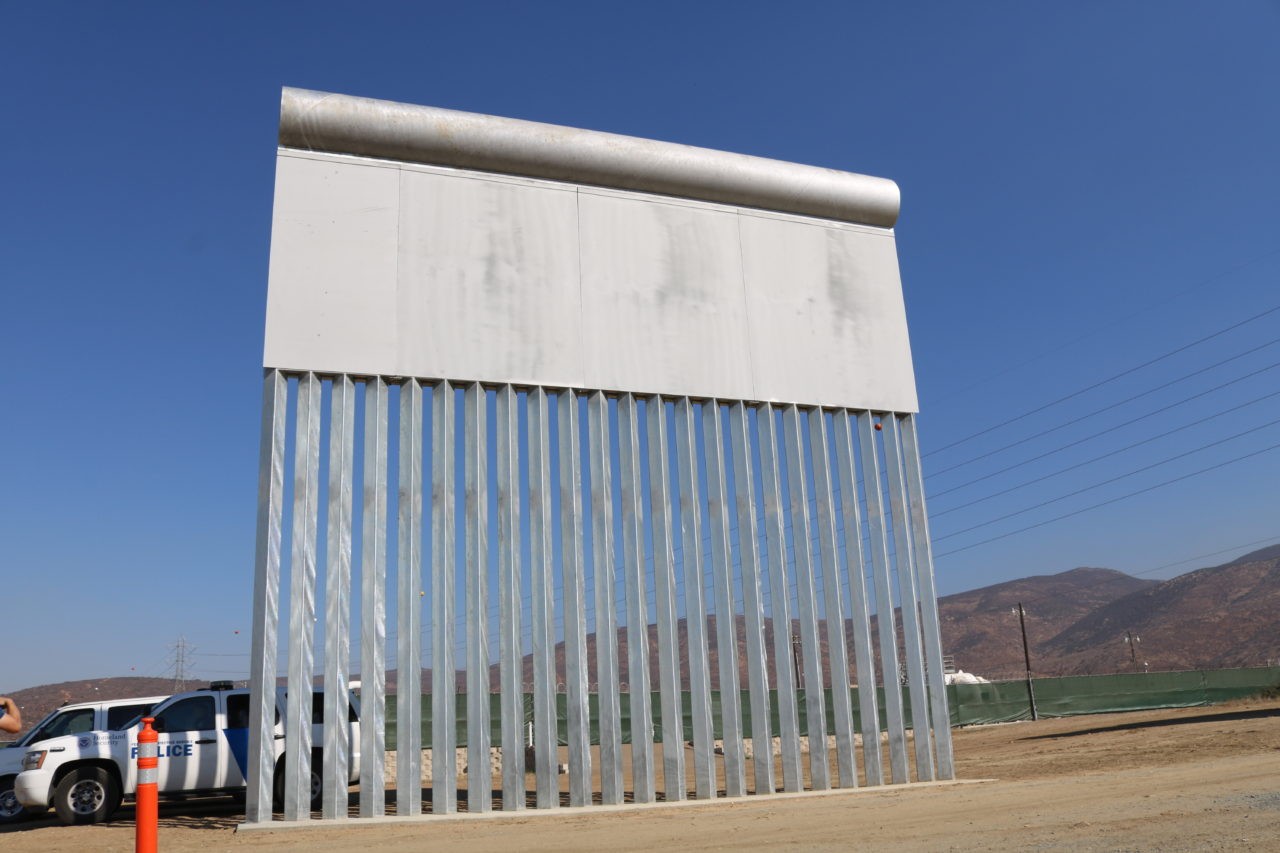 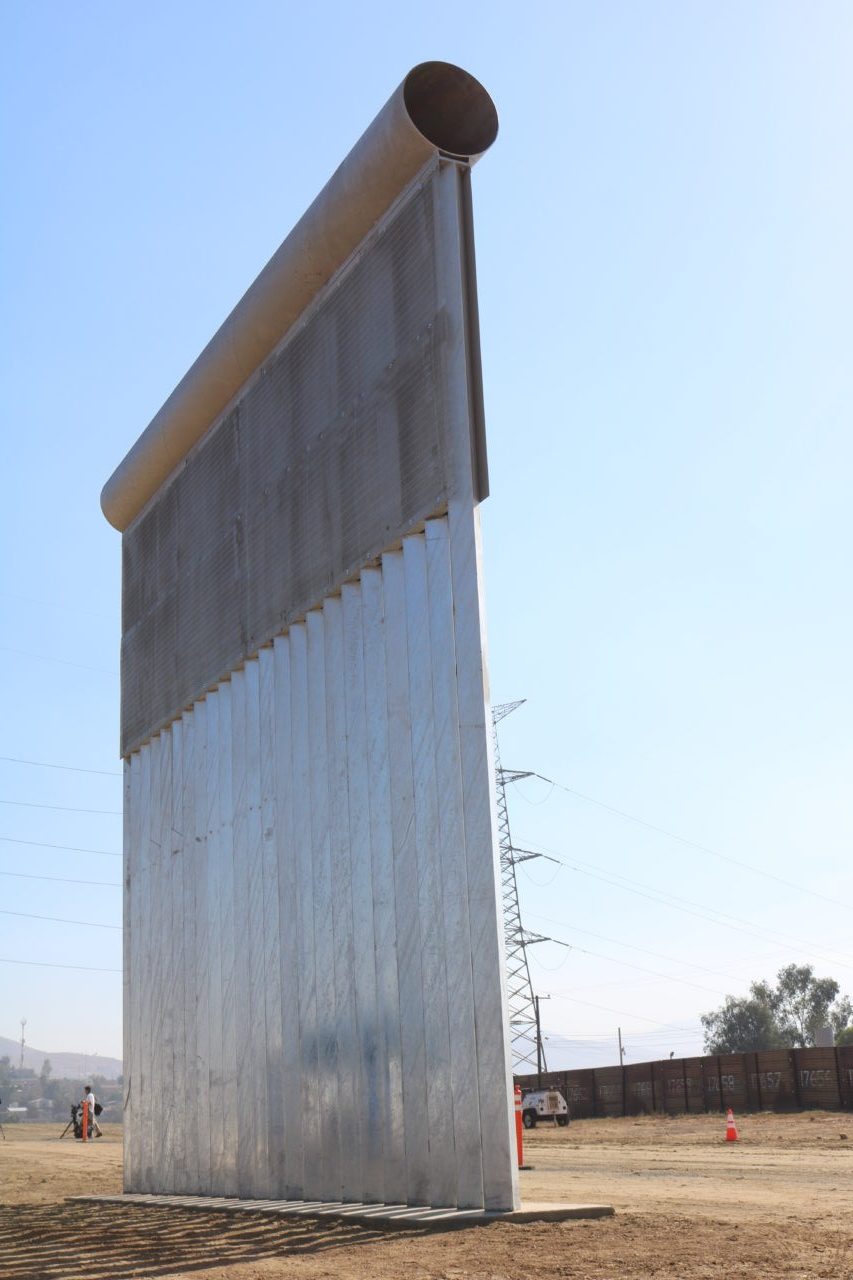 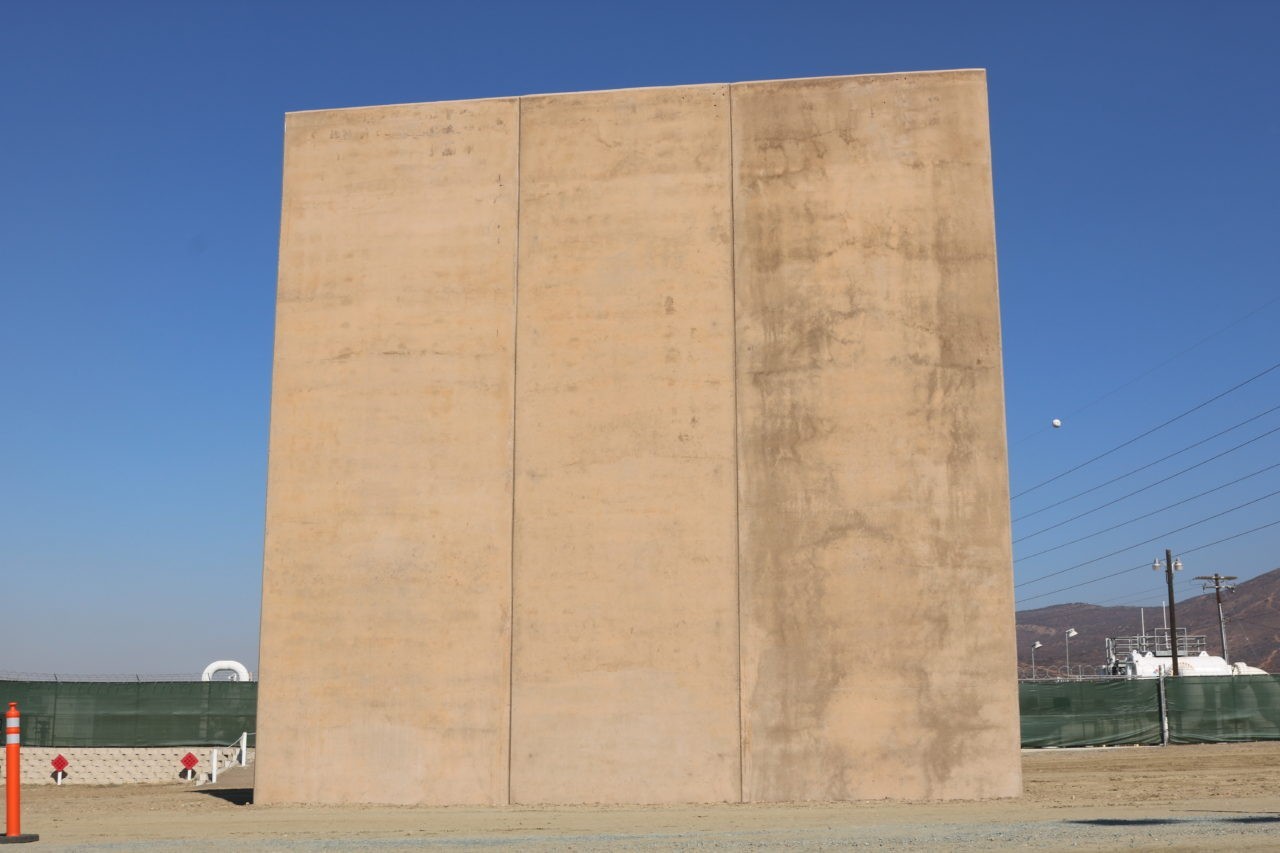 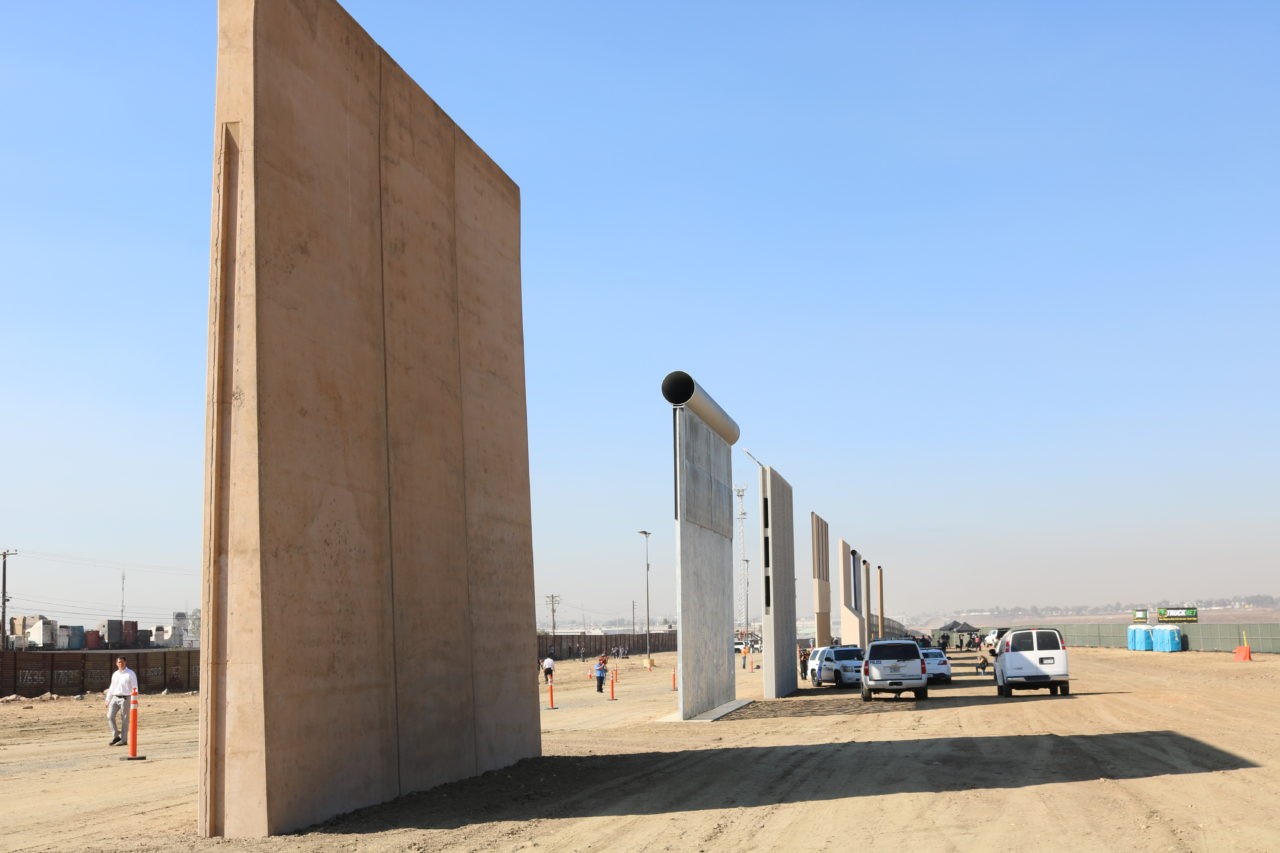 Concrete in the prototypes must cure for the next 30 days. After that, testing will begin to determine their effectiveness, according to Vitiello. “Can it be climbed? Can it be dug under? Can it withstand cutting tools?” He said the process of testing and evaluation usually takes 30-60 days to complete. After that, there is an additional 30-60 day period to evaluate the material and develop a new standard.

The prototype testing will be used to determine specific wall, material, and equipment requirements for future proposals to design permanent wall improvements.

Vitiello explained to reporters that all new border wall “will have a buried cable sensor in it” to detect activity.

Vitiello went on to say that everything they do in 2018 will require an appropriation from Congress, adding that it is expensive, but that they think it works and is “valuable to do.”

Asked if they had the funding right now, when would the border wall start going up, Vitiello wasn’t sure. He stated that they have outlined the areas that need physical walls the most and where they would start building. Vitiello confirmed that he believes there is value in constructing the prototypes.

Asked if there was a guarantee that the wall will be built, Vitiello responded, “There are a lot of things that have to happen to make this work. I think the limiting factor is the appropriations [from Congress] for it, all the new wall.” He continued, “the new requirements are dependent on several things including appropriations.” He said, “We’re doing everything we can to meet the mandate for operational control at the border and the president’s direction to build wall on the southern border. We intend for that to happen.”

He called the prototypes a “milestone to get us down the road.” Asked about the president’s suggestion that there be solar panels included in the construction of the wall, Vitiello replied that none of the bidder designs chosen included solar technology.

Speaking on the issue of Congress appropriating the funds to build the wall, Vitiello said they have provided them “with as much information as we have now as it relates to estimates, locations, and priorities.”

He later said that CBP’s request for funding was created at their headquarters and eventually became part of the president’s spending package for the agency.

Asked about the difference between current barriers and the prototypes, Vitiello, who had surveyed the prototypes ahead of the press conference, said he was most impressed with the scale of the wall options.