Muslims are on-track to be the second-largest religious group in the United States by the year 2040, according to new research.

Estimates by Pew Research Center now conclude that there are roughly 3.45 million Muslims living in the U.S., making up about 1.1 percent of the total American population. 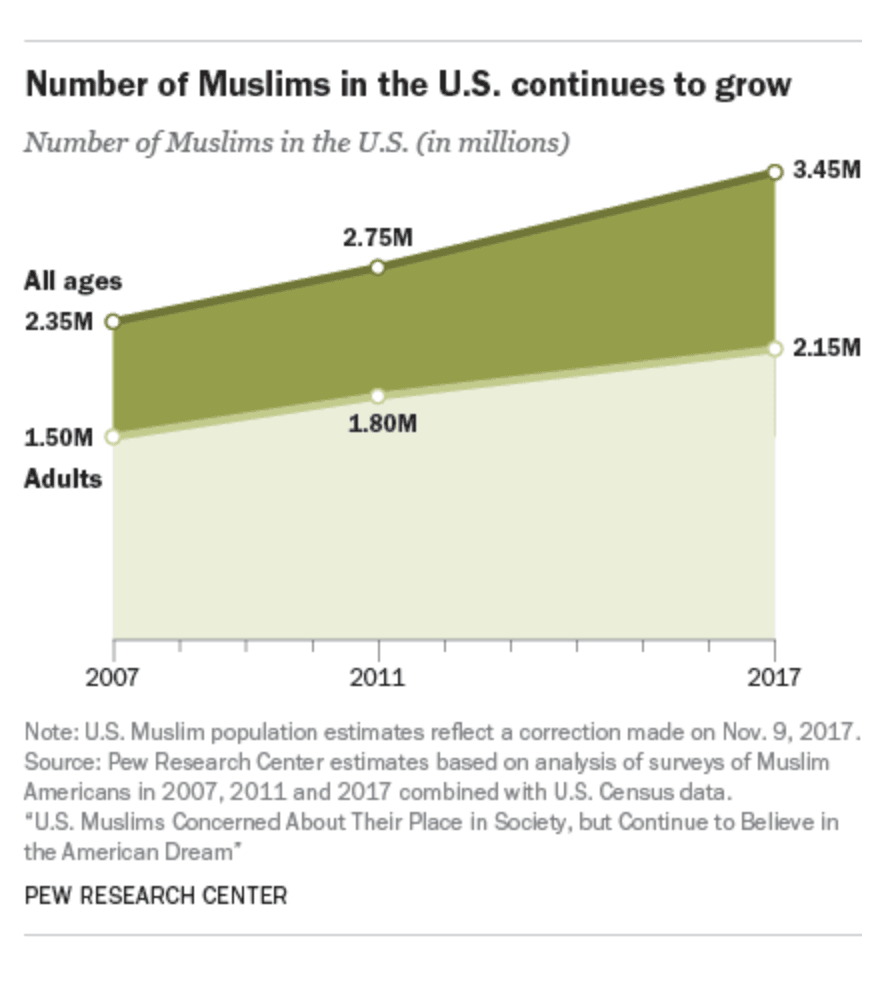 Since 2007, when Pew Research began estimating the size of the Muslim population in the U.S., the religious group has grown enormously in just a short period of time.

For example, in 2007, there were 2.35 million Muslims living in the U.S. Now, ten years later, the Muslim population has grown at a rate of about 100,000 per year due to high Muslim fertility rates and mass immigration from the Muslim world to the U.S.

Pew Research estimates that the state of New Jersey has a Muslim population that is between two to three times the national average based on Muslim adults per capita.

Every year, the U.S. admits more than 1.5 foreign nationals, with the vast majority deriving from family-based chain migration, whereby naturalized citizens are allowed to bring an unlimited number of extended foreign family members to the country. In 2016, the legal and illegal immigrant population reached a record high of nearly 44 million. By 2023, the Center for Immigration Studies estimates that the legal and illegal immigrant population of the U.S. will make up nearly 15 percent of the entire U.S. population.