Protesters gathered at Lafayette Park outside the White House on Saturday to slam President Donald Trump on the one-year anniversary of an executive order he issued to protect Americans from immigrants and refugees coming from terror-ridden countries with little or no vetting.

One protester said that Americans would never accept “policies that discriminate against immigrants, refugees, and Muslims.” 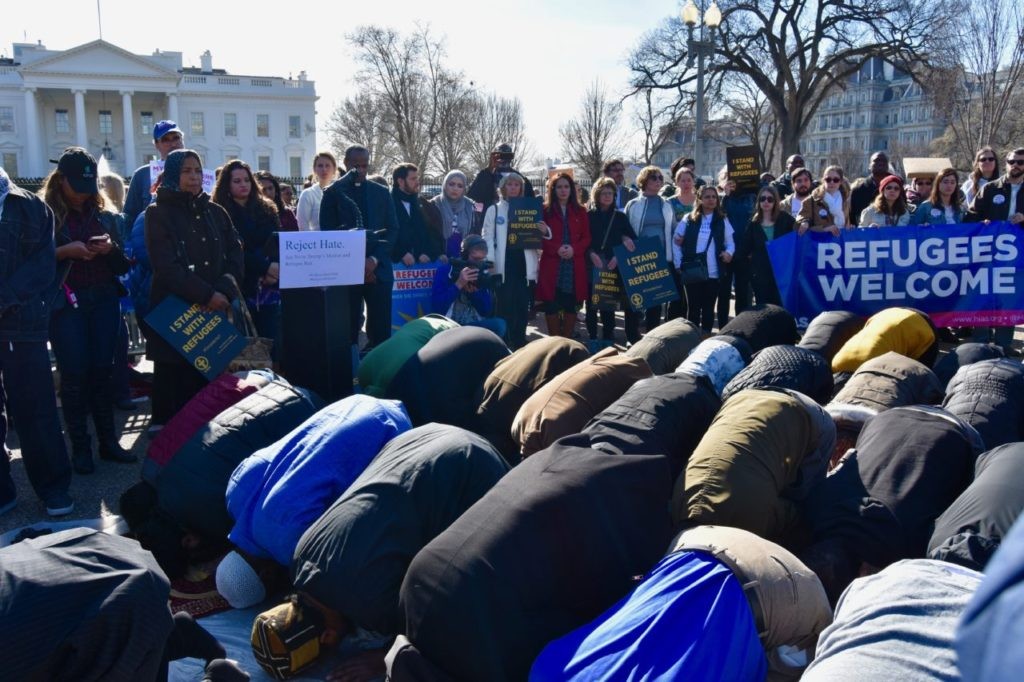 “We strongly condemn, like you, the racist and white supremacist beliefs reflected in President Trump’s remarks, actions and programs by this Muslim ban, the cancelling of DACA, the labeling of Black Lives Matter as identity extremists — a false designation,”  Robert McCaw, director of Government Affairs Department of the Council on American-Islamic Relations (CAIR), said at the protest.

“We will fight the white supremacy of this administration,” McCaw said. 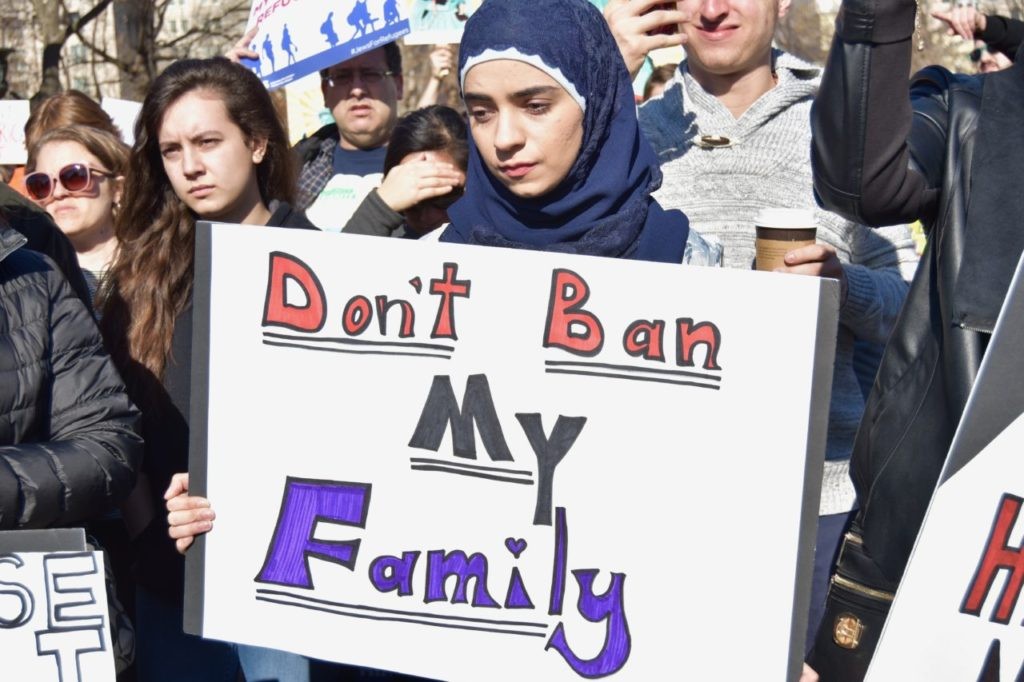 A Muslim woman holds a sign at a protest outside of the White House on Saturday protesting what they called President Trump’s ban on people of that faith coming into the United States. (Penny Starr/Breitbart News)

Those countries were Iran, Libya, Somalia, Sudan, Syria, and Yemen.

The travel restrictions were challenged in court, with the U.S. Supreme Court deciding this month to review it. The court will decide whether policies of this nature can be taken to court at all, or should, instead, be left to Congress and the president.

Protesters on Saturday chanted a series of demands: “From Palestine to Mexico all those walls have to go,” “No ban, no wall, sanctuary for all,” and “No hate, no fear, refugees are welcome here.”

A man who was identified as a spoken word artist, Naeem Baig, touted Islam and Sharia law and condemned American principles.

Don’t get me wrong, I support this stars spangled banner as best I can and yet rather than supporting it unconditionally I realize now I must support whatever part of it supports the banner of Islam, much rather than conforming to a manmade foundation, I’d rather live by a foundation established by God for man, much rather than ingesting the Uncle Sam yes we can placebos, I’d rather wholeheartedly take in the pure, unadulterated cure of Islam because as much as I love you America I cannot support half of the principles on which you stand.

And these kings trying to suppress the Sharia is no new concept. The Sharia, my friends, is what obligates me to great Muslims and non-muslims alike.

At the conclusion of the protest, an even larger group of protesters showed up at the White House carrying Soviet flags, the flag of the Communist Party USA,, and signs disparaging the president and calling for his impeachment. 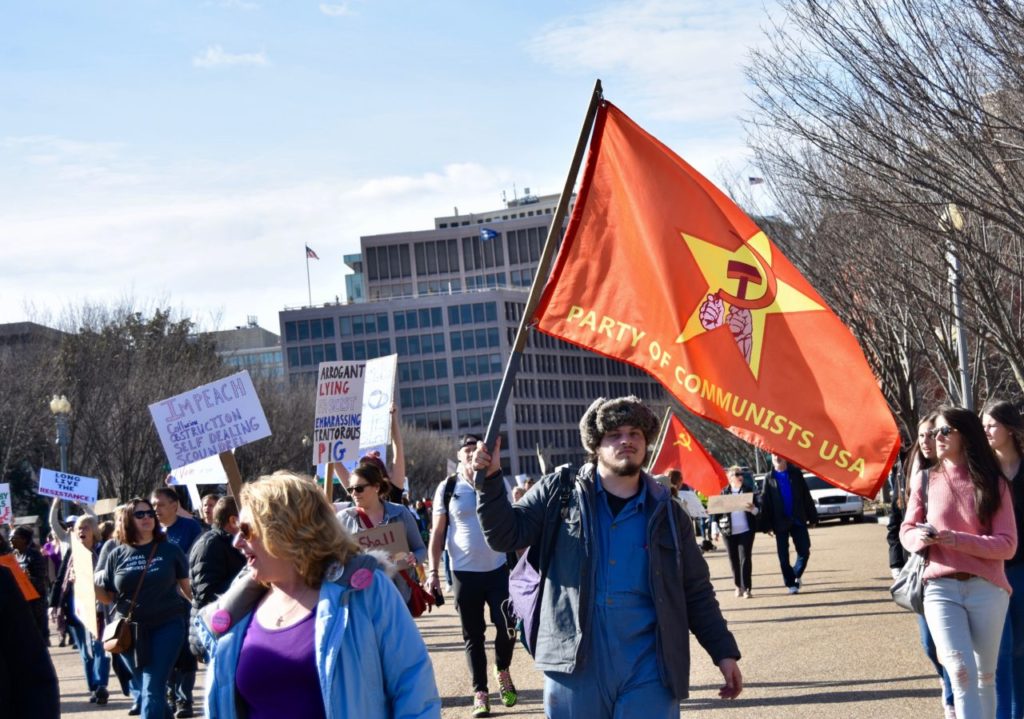 At a second anti-Trump protest people carried signs calling for President Trump’s impeachment and a flag for the Communist Party USA.(Penny Starr/Breitbart News) 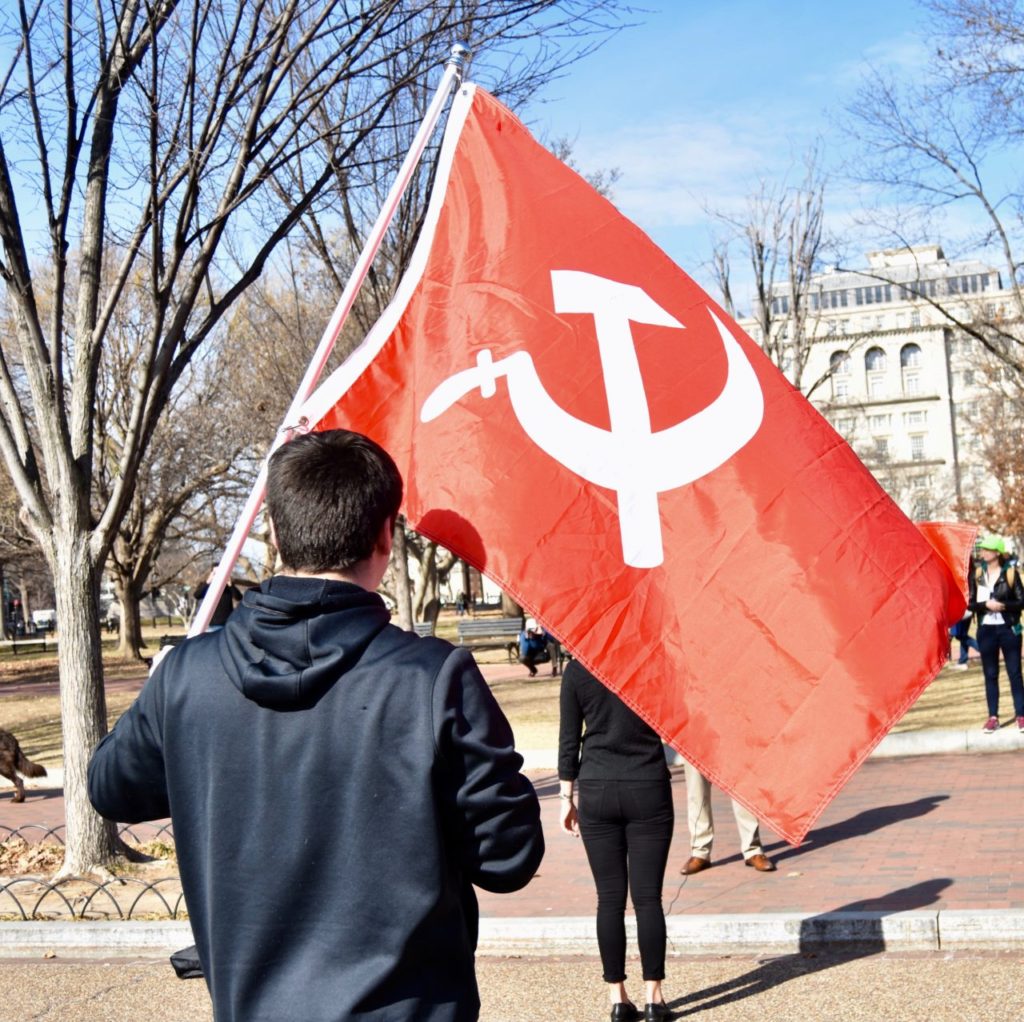 Some people at the second protest carried the flag of the former Soviet Union.(Penny Starr/Breitbart News)