Thousands of protesters at the March for Our Lives in Washington, DC, Saturday packed the streets holding signs promoting an anti-gun agenda, but many of them left those signs out in the cold after the march.

The signs that the self-described socially conscious protesters held up high during the march, along with countless other items of trash, were littered on the streets of D.C. like old rags. 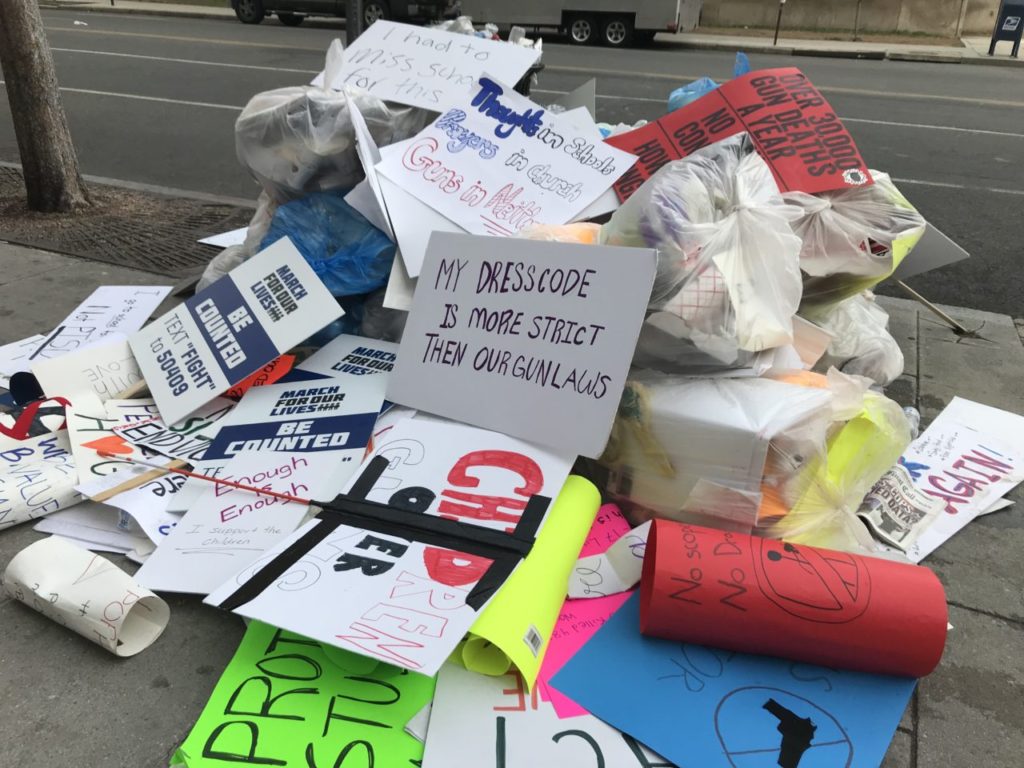 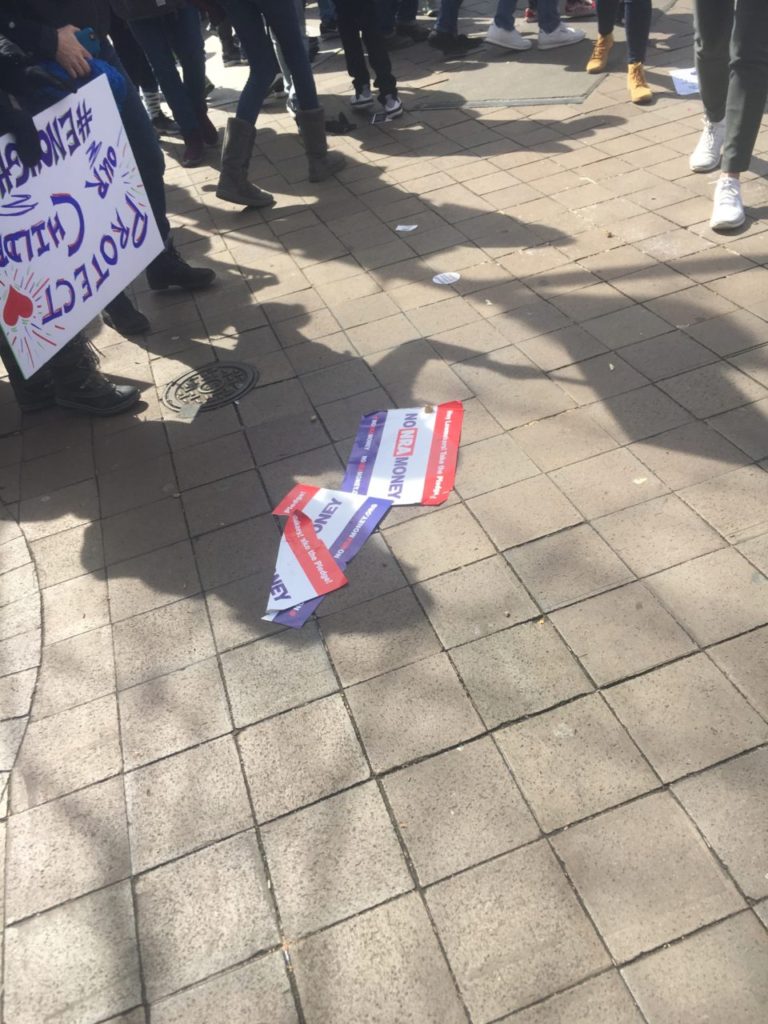 Cardboard signs bearing messages such as “My dress code is stricter than your gun laws,” and signs demanding that no money be sent to the pro-gun National Rifle Association were tossed aside like yesterday’s news. 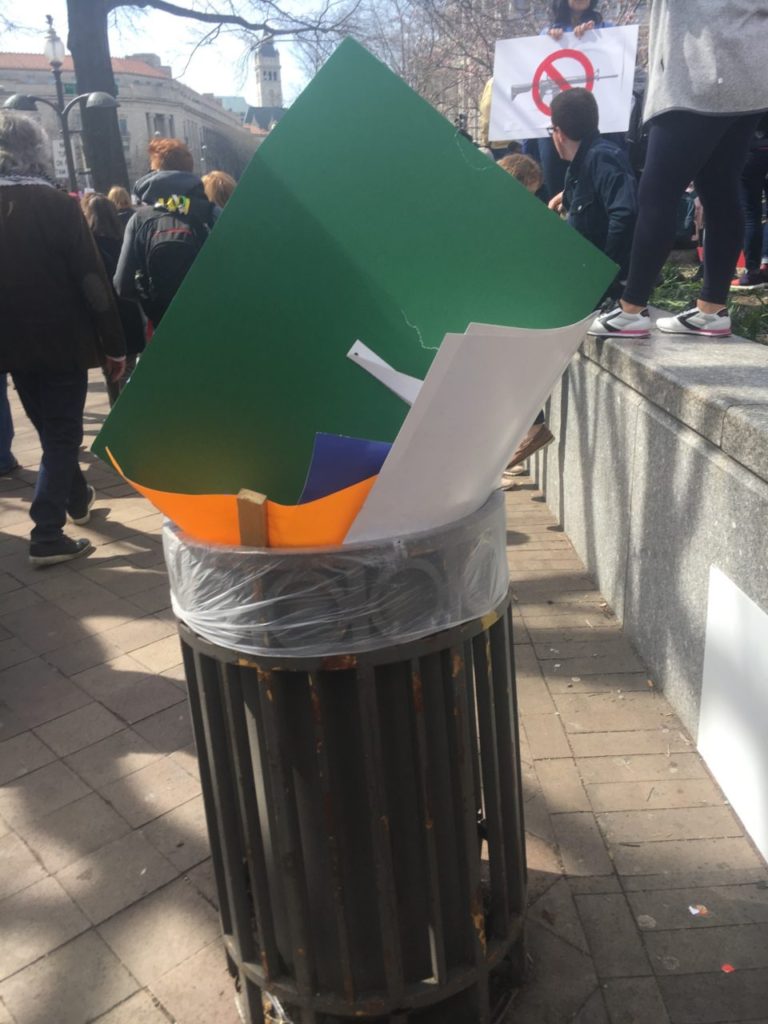 The crowd not only tossed aside their messages – they also left scraps of food on the ground. 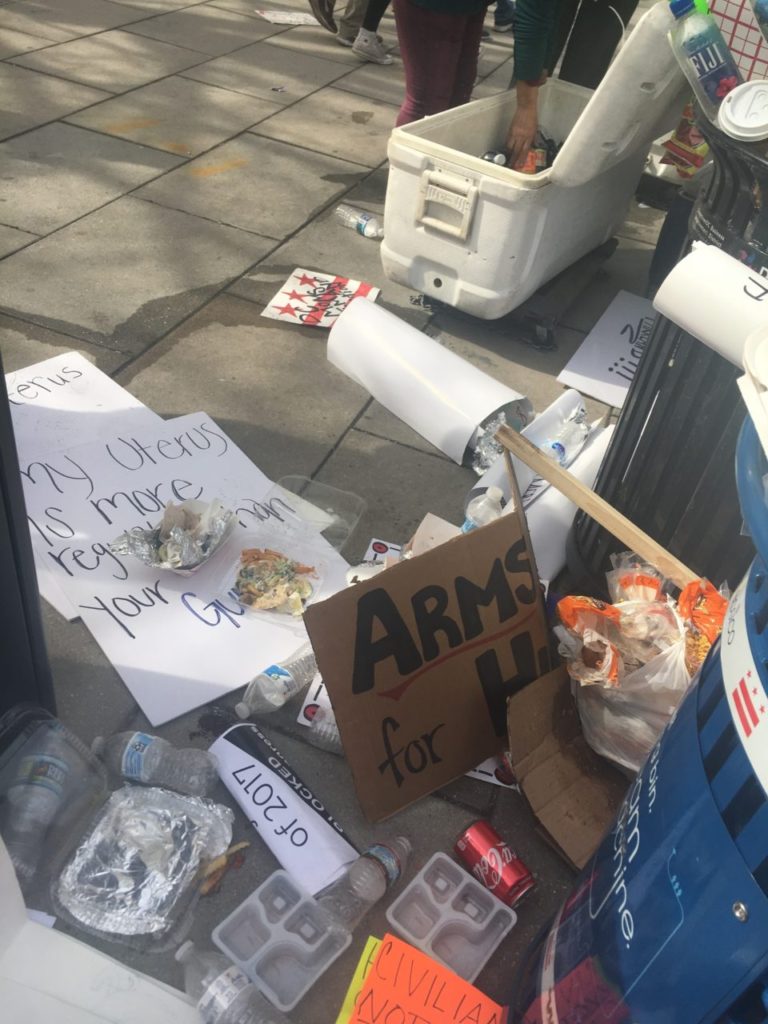 Many protesters have a history of leaving behind their trash without thinking about the environment around them.

The trend of protesters discarding their trash along protest routes is not limited to D.C. In 2014, 400,000 environmentally-conscious people marching for climate change in New York City littered the streets with their trash.