Fewer and fewer Republicans and Independents believe that ‘climate change’ is a credible threat; more and more Democrats do. ‘Global warming’, it is becoming increasingly clear, is a political issue and not a scientific one.

This shift is shown in the latest Gallup survey: 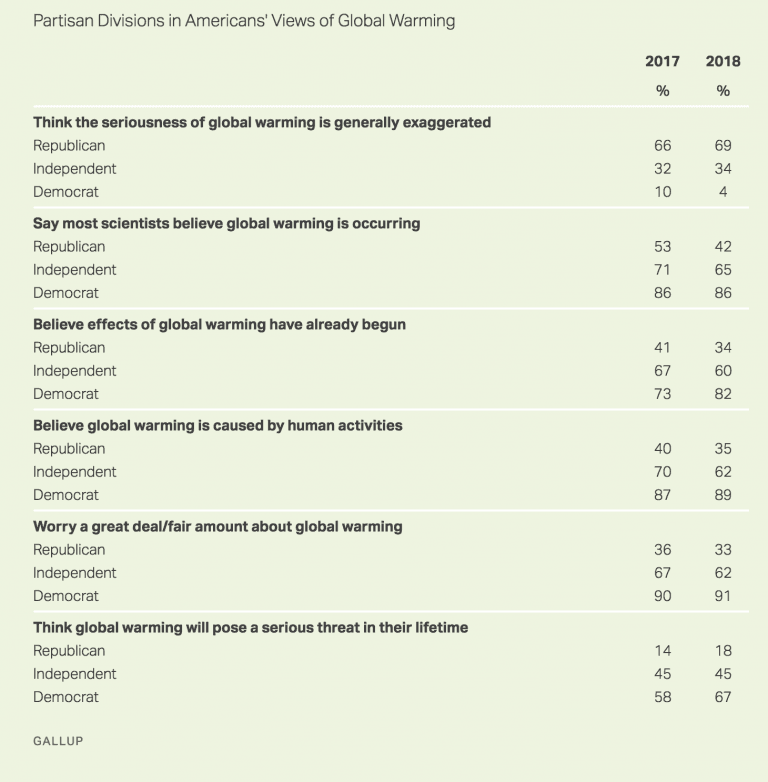 Here are some of the findings:

In other words, if you voted for Donald Trump you probably share his skeptical position on global warming. And if you didn’t vote for Donald Trump, you can barely sleep at night for the constant nagging worry that there’s a guy in the White House who denies the existence of a problem you just know is a major threat.

Since nothing has happened scientifically between 2017 and 2018 to strengthen the case for man-made global warming, the only logical conclusion of this increased divergence between voters’ views is that it’s all down to politics. Trump’s withdrawal from the Paris Climate Accord will, depending on your political allegiance, either have hardened your skepticism or increased your sense of impending doom.

This is good news for skeptics. It confirms what we’ve been saying all along: global warming is really just another attempted leftist takeover by the watermelons – green on the outside, red on the inside.